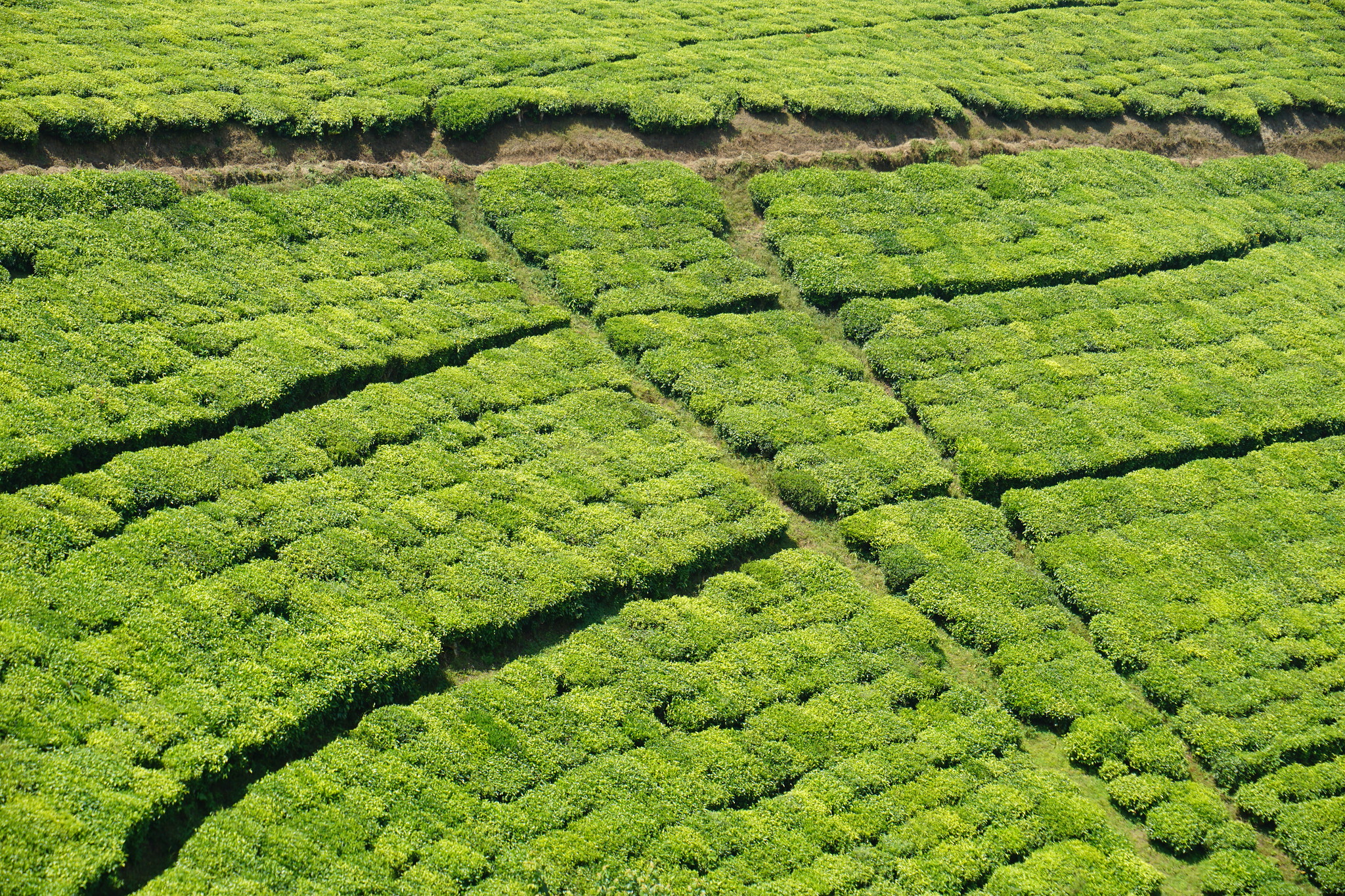 
Burundi is often referred to as the “Heart of Africa” and it’s easy to see why. Even with the fast progression of our times and being under the reign of bigger Western countries in the past, Burundi’s still able to keep much of its culture and landscape intact.

Geographically, it is situated in the Great Lakes region of Africa so it’s surrounded by water. It’s also a perfect location to grow coffee and tea, which is one of the main products of the country.

Bujumbura,  the former capital, is also probably one of the most visited cities in the country. You’ll feel like stepping back in time once you get there as it still retained much of its French influence due to being colonized in the past. The region’s conflict has also stunted the advancement of this village-sized city, but that doesn’t mean there are only several things to enjoy while being there. Bujumbura is unlike any other East African city, especially when it comes to the cuisine. It also has a booming drinking and dancing scene that visitors will enjoy.

Another notable place to visit is Gitega, the former capital of the Belgian colony in Burundi and is now the nation’s capital as of 2019. This is where the National Gitega Museum, a notable museum in the country teeming with artifacts and information about the country’s rich history and culture, is located. It is also famous for being the place where the last Burundian king, Ntare V died in 1972.

Even as a small nation, it still has so many things to offer those who are interested in visiting their country which happens to be one of the first African republics in the continent. So if you’re already thinking about it, here are some of the things you must see and experience or places you must visit in Burundi which might finally convince you to book a ticket, stat!

What You Should Do in Burundi

You’ve probably never really been to Burundi if you don’t get to witness this heart-pounding performance for yourself! Once reserved for important events in the old Burundian monarchy, locals and visitors alike can now watch The Royal Drummers of Burundi and enjoy this UNESCO Intangible Heritage by visiting the country’s region of Gishora (just a few miles away from Gitega) where their drum sanctuary is located.

Their hypnotic beating of the drums which is said to symbolize the form of a woman’s body can be experienced by booking a guided tour. The performances last for almost an hour and in the end, you can try your hand at making at pounding some beats as well!

2. Get a Tan in Lake Tanganyika

One of the Great Lakes of Africa and the longest freshwater lake in the world, Lake Tanganyika is probably one, if not, the most famous attractions the country has to offer. Tanzania and Zambia also border the lake but it’s always on the list as one of the most-visited spots while you’re in Bujumbura.

The lake is home to several beaches where visitors can enjoy the day by trying out the restaurants and bars around and soaking up the sun by the shore. Don’t get surprised, though, if you see a hippopotamus lying beside you under the hot Burundian sun! From time to time, these amazing animals which are mostly non-aggressive leave the lakes to get some R&R by the beach.

3. Visit the Source of the Nile

There’s been a great debate as to where the River Nile gets its source from. Some sources say the Nile’s ultimate source in Uganda, but there’s also a small spring near Bujumbura vying for the spot.

A commemorative pyramid marks the place where people say the River Nile starts, and it’s a nice spot to take a trip to when you’re in town. However, unless you have your transportation or a tour already arranged before visiting the site, you might have a hard time getting there on your own. It is located in Kasumo, a place around 115km southeast of Bujumbura.

Burundi’s lush forests are currently home to tons of different species of plants and animals. If you are one to get more in touch with nature, the country has some national parks you might enjoy visiting while you’re there.

If you’re planning for a quick safari while in Bujumbura, you can head over to Rusizi National Park where you can watch hippos, flamingos, and even crocodiles go about their daily lives while walking along the Rusizi River.

Ruvubu National Park, located on the northeast of the country, is its largest national park, covering a significant size of land surrounding the Ruvubu River to which it was named after. It’s famous for having at least 400 species of birds aside from the monkeys, lions, antelopes, and all other creatures calling it home. This is also a great place to explore although recent travel advisories released by the UK government advice people not to head over here for safety reasons.

We mentioned earlier why Burundi, particularly Bujumbura, isn’t like any other place you’ll ever visit in the East African region and this is probably one of the reasons why! Burundian cuisine is truly one of its kind, especially since Lake Tanganyika hosts a variety of fish that you won’t find anywhere else in the world!

Don’t miss your chance to try out some Mukeke while hanging out by the shore. This is one of their most famous delicacies and is always served fresh by establishments around the lake. Other fishes that you may also try are the Ndagala, Sanagala (also known as the Captain Fish) and the Inonzi.

If you’re ready to try the Mukeke out, Pasta Comedia at Avenue dela Plage and Bora Bora Beach Club at Chaussee d’Uvira in Bujumbura offer this highly-rated dish.

6. Take a Dip Into the Hot Springs of Burundi

Although the country’s only around the size of Maryland in the US, it is still very abundant when it comes to bodies of water. There are around 10 thermal water sites in Burundi in total! Unfortunately, not all of them are operational but there are still some that are accessible to the public.

Mugara Hot Springs in Bururi (around 176 km off Bujumbura) is comprised of 2 descending hot springs coming out of the ground and sliding down slopes, creating a basin with 48°C temperature below. Locals believe the water to have medicinal properties so people flock over to take a dip into the warm water.

Going on an adventure in Chutes de la Karera should be one on your list as well! This name is how a group of 4 waterfalls (Nyakai I, Nyakai II, Mwaro Falls, and Karera Falls) are collectively called and is popular among adventure seekers dropping by Burundi.

To get there, one might need to join a pre-planned tour or charter a car from Burundi to the region of Rutana where the falls are. It’s best to visit them from October to January which is the country’s wet season.

If you do a quick search online, one of the most popular activities in Burundi is bird watching. The country has plenty of nature reserves, parks and even a lake where you can do just that!

Lake Rwihinda Nature Reserve, previously called the Bird Lake which is around Kirundo in Northern Burundi, is where birds like the African Fish Eagle, Egret, Lesser kestrel, Great snipe and more can be watched as they live in their native surroundings.

Also popular, especially to ancient Burundians in the Bururi Forest Nature Reserve which they used to consider to be the link between heaven and earth. This former site of worship which was greatly protected by people is now a must-visit if you want to go bird-watching and to marvel over the amazing flora and fauna that this nation has to offer.

9. Travel Back in Time Through the Museums

It’s safe to say that Burundi is truly rich in culture. Being under the reign of powerful Western nations like France, Germany, and Belgium as well as being a former monarch, this country has a lot of stories to tell us and future generations. Luckily, they managed to keep all these artifacts and documents through their museums.

While in Bujumbura, drop by The Living Museum, a complex with a zoo, a historical and cultural exhibit, as well as some shops. Visitors can take part in feeding the animals as well as watch some concerts being held on the museum grounds now and then. This place is one of the greatest of its kind in Africa and gives us a glimpse of the Burundian way of life.

The new capital, Gitega, also has the National Museum of Gitega, where you’ll probably find the summarized version of the Burundian history. It has a vast collection of Burundian artifacts and antiques.

Mount Heha is the highest mountain in Burundi and is part of the Burundi Highlands Mountain Range. It’s around 65 km away from Bujumbura which is mostly the base area used by hikers going up to this mountain.

To get there, you’ll need a guide or a driver as you’re mostly going to drive your way up the mountain. The hike itself isn’t that strenuous as it isn’t that steep, but it’s still a fun activity to try!

What You Should Know Before Visiting Burundi

If you’re ready to visit, the best way to do so is through Rwanda by land and through Rwanda, Kenya, Uganda or Ethiopia by air since direct flights from other destinations are limited.

Getting into Burundi is just as hard as getting there as visa rules are restricted. Only 6 nations in the entire world are allowed to get into the country without the use of the visa and all of them are from the neighboring African nations (Democratic Republic of Congo, Kenya, Rwanda, South Sudan, Tanzania, and Uganda).

Some websites process Burundian visas, however, it is safer to process yours at the nearest Burundian consulate or embassy. It usually takes about 15-30 days. When applying for a visa, you must also have a copy of your itinerary, your hotel reservation, as well as a yellow fever certificate.

It’s very important to check your country’s travel advisory regarding Burundi before heading there. Recently the UK government advised against traveling to several areas of the country for safety and health reasons. Burundi has also been experiencing some political instability since President Nkrunziza has been elected in his seat so it’s best to stay vigilant while you’re there.

Do not let these warnings give you a bad impression of the locals, though, as they are some of the most hospitable people around! This is already ingrained into Burundian culture, long before they were colonized by the West. According to comments left by travelers online, the locals will do their best to accommodate you.

The Burundians speak French and Kirundi (a Bantu language also called Rundi). Those that reside around Lake Tanganyika/Bujumbura speak Swahili as well.

Burundian Francs is the main currency in the country and if you’re planning to visit, US Dollars dated post-2006 and Euros may be exchanged once you’re there. Credit and debit cards are also accepted mostly in Bujumbura only. You’ll also be able to find ATMs mainly in the city.

When to visit depends on where you want to go inside the country and what you’re planning to do. If you’re planning to visit the lowlands in the Southwest, the temperatures are slightly warmer while the northern parts are a bit colder. There are also 2 wet seasons in the country– from February to May and from September to November.

All in all, Burundi isn’t the typical destination for most people (and some may not have heard about it before!), but with every unique and interesting activity that was mentioned above, don’t you just feel like planning a trip to this little nation already?