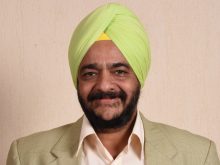 
The state has issued a directive that allows all hotels and lodges to operate at 100 per cent capacity from September 2, 2020. Separate SOPs will be issued for necessary precautions to be taken while operating these establishments. Gurbaxish Singh Kohli, President, Hotel & Restaurant Association of Western India, says, “We are happy that the government has allowed 100 per cent capacity utilisation for hotels in the state. Meanwhile, since restaurants are not included in the current negative list, it is understood that restaurants are also allowed to re-open like those that have re-opened in the rest of the country. We have sought clarification on this from the government. Also, we had hoped that it would relax the limit of 50 people at social gatherings, especially for weddings. We had requested that this be based on the size of the venue.”