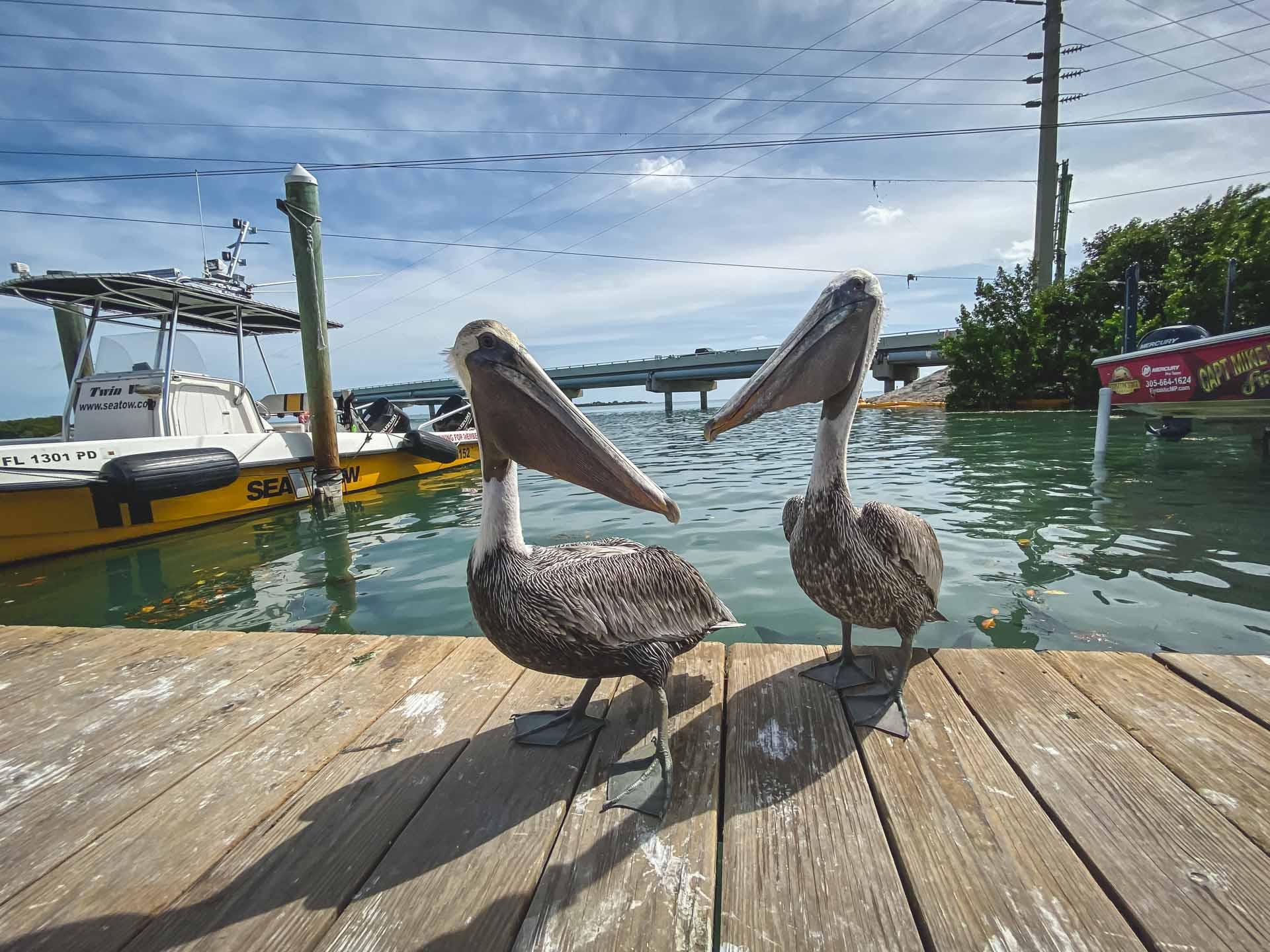 
Are you interested in learning some cool facts about Florida before your trip? There are so many fun things to learn. From historical Florida facts to geographical facts and even a few cool extras thrown in, we have at least one fact that’s sure to surprise you.

Florida is gorgeous, and it’s a great place to spend a week out on the sand, in the Everglades, or enjoying some fun nightlife. Visit the Space Coast or see some gators, and you’ll have a great time.

Are you looking towards the Sunshine State for your next traveling adventure? With 300 days of sun per year, it lives up to its reputation. To learn some more tidbits about Florida, keep reading for some of our favorite fun and interesting facts about Florida.

Florida is the only state that’s tucked between the Atlantic Ocean and the Gulf of Mexico. As a matter of fact, over two-thirds of the entire state’s population lives in a coastal area.

While Florida isn’t an island, it is a peninsula. This means that it’s surrounded by water on three sides. This is the place to be if you love wide-open water.

Did you know that Florida is the flattest state in the US? Most of the state is at or around sea level.

As a matter of fact, the highest point in Florida is only 385 feet. You can find it near the Alabama border, meaning that it almost didn’t even make it into Florida!

Manatees are the best part of Florida. Have you ever seen one of those gentle and chubby underwater friends?

These animals are harmless and often friendly with humans, but you should never reach out and touch one. Luckily for you, Florida’s Crystal River lets you get up-close and personal with manatees. Crystal River is also the only refuge that’s made specifically for manatee protection!

Bonus fact: while there are no mermaids out in the deep blue sea, manatees (and their cousins, dugongs) might have been the “mermaids” that sailors saw throughout history. Needless to say, they may have been confused and overtired.

Florida is known for its hurricanes, and all Florida residents know that hurricane season is just a fact of life. If you plan on traveling, make sure that you do your due diligence and look into the weather first.

Florida, with its watery surroundings, is a prime target for these summer storms. An estimated 40% of hurricanes that head to the US hit Florida. Most hurricanes are mild enough if you’re used to them, so do as the locals do, and you’ll be fine.

Walt Disney World is home to several parks of its own, including Epcot and Magic Kingdom. It’s almost the size of San Francisco! Disney World is its own city. Universal Studios has the coveted Wizarding World of Harry Potter.

Super-fans of all types will love traveling through the parks.

Bonus: nature lovers may also enjoy Orlando. While not as big as the other parks, Orlando is also home to Sea World.

6. Traveling on the Water

Did you know that there are parts of Florida where you can travel along waterways?

Similar to those scenes you’ll see of Italy with people taking boats through the streets, in Cape Coral, there are 400 miles of waterways. It’s not as large or extensive as it sounds, but it’s still impressive when you see it up-close.

While Florida itself is mostly a mainland peninsula, there are also islands there to jazz things up. The Florida Keys is a set of islands that have become popular tourist destinations.

There are over 4,500 islands that are technically part of Florida. These islands are all over 4 hectares.

Did you know that Florida boasts the third-largest population of any state? It might not seem true, but it is! In fact, nearly 1000 people move to Florida each and every day.

Florida has almost 6.5% of the entire population of the United States. It also has the highest percentage of people over the age of 65 in the entire country. You probably know a grandparent or two who has moved to Florida to enjoy their retirement. They’ve got the right idea! (My parents winter in Florida and they are Canadian!)

It shouldn’t come as a surprise that Florida has an abundance of beaches. While some are more popular than others, most are great destinations for a day of fun in the sun.

South Beach in Miami is a hotspot for partying and nightlife. Both on and off the beach, there’s no shortage of things to do. When you’re done soaking in the sun, you get to put on your dancing shoes and hit the town.

Cocoa Beach has several public and private beach areas with hot sand and warm water for a more relaxing day. These areas aren’t as popular as some of the party beaches, so you should have no trouble finding some time alone to relax on a towel with a good book.

Florida is famous for its contributions to space travel. The Kennedy Space Center in Cape Canaveral still launches rockets. It’s an active space center! They have a visitor center where anyone can come and learn all about space travel and even watch rockets launch.

In July of 1969, the famous Neil Armstrong actually launched from Kennedy Space Center! It’s a crucial fixture in our space history.

Florida not only has space in its blood, it was also home to the first commercial passenger airline flight from St. Petersburg and Tampa, Jan. 1, 1914.

12. Only Coral Reefs in America

Did you know that Florida is home to the only coral barrier reef in the United States? A surprising Florida fact is that it is also the third-largest barrier reef in the entire world behind Australia and the Mesoamerican Barrier Reef System that runs from Mexico to Honduras.

As a matter of fact, the Florida Keys that we mentioned before are all formed from exposed coral.

Coral reefs are crucial for our oceans and overall underwater ecosystems. You can visit these coral reefs to explore these beautiful areas for yourself, but be careful.

While we usually associate Florida with beaches and theme parks, it’s also a great destination for anyone who loves nature and wants to experience the wild side of the state.

Florida has 11 national parks, and each park contains plenty of plants and animals for you to observe and identify.

While Florida is famous for its oceanside relaxation, it’s also home to 7,700 lakes. Looking at Florida on the map doesn’t seem possible, but this state has a ton of water.

And while we are on some geography facts, St. Augustine, Florida is the oldest city in the United States. Founded in 1565 by  Don Pedro Menendez de Avile of Spain, the Nation’s Oldest City is the longest inhabited city in the US that was settled by Europeans.

Did you know that Florida has over 1,000 golf courses? This fits in with the large 65+ population in the state. Why not spend retirement putting around on the green?  Not only that but Florida is also considered the best state for golfers!

If you’re interested in reptiles that bite, you know that Florida is a hotspot for alligators. Did you know that the Florida Everglades is also the only place in nature where you can see alligators and crocodiles together in one place?

Are you a reptile lover who wants to see all things scaley? You’re in the right place. Florida has a variety of reptilian friends (and foes) for you to catch a glimpse of if you’re lucky.

There are 5 types of sea turtles in Florida. The most common is the Loggerhead turtle. If you see a sea turtle nest on one of Florida’s beaches, you should know that you’re obligated to leave it alone.

Sea turtles aren’t the only friends with shells in Florida. A giant tortoise used to reside in one of Florida’s parks.

When you’re in Florida, you’ll be soaking up all of that important vitamin D from the sun. That’s not the only vitamin that you can take in, though!

There’s a reason that so many people associate oranges with Florida. Florida produces more citrus fruits than any other state in the United States due to its ideal climate for growing. In facts, it produces more than 70% of all the oranges in America.

Believe it or not, it also produces the most grapefruit of any place in the entire world.  If you want a fresh glass of orange juice, Florida is the place to be.

Do You Love These Fun Facts About Florida?

This is only a small sample of all of the fun, interesting, and weird facts about Florida. The Sunshine State has everything from oranges to alligators. It takes people to the ocean and space. What’s not to love?

Even if you don’t think that you’ll ever call Florida home, why not take a trip and enjoy the sun and sand firsthand?

If you’re an adventurous traveler, let us guide you! Check out our destination guides and start planning your next big trip.