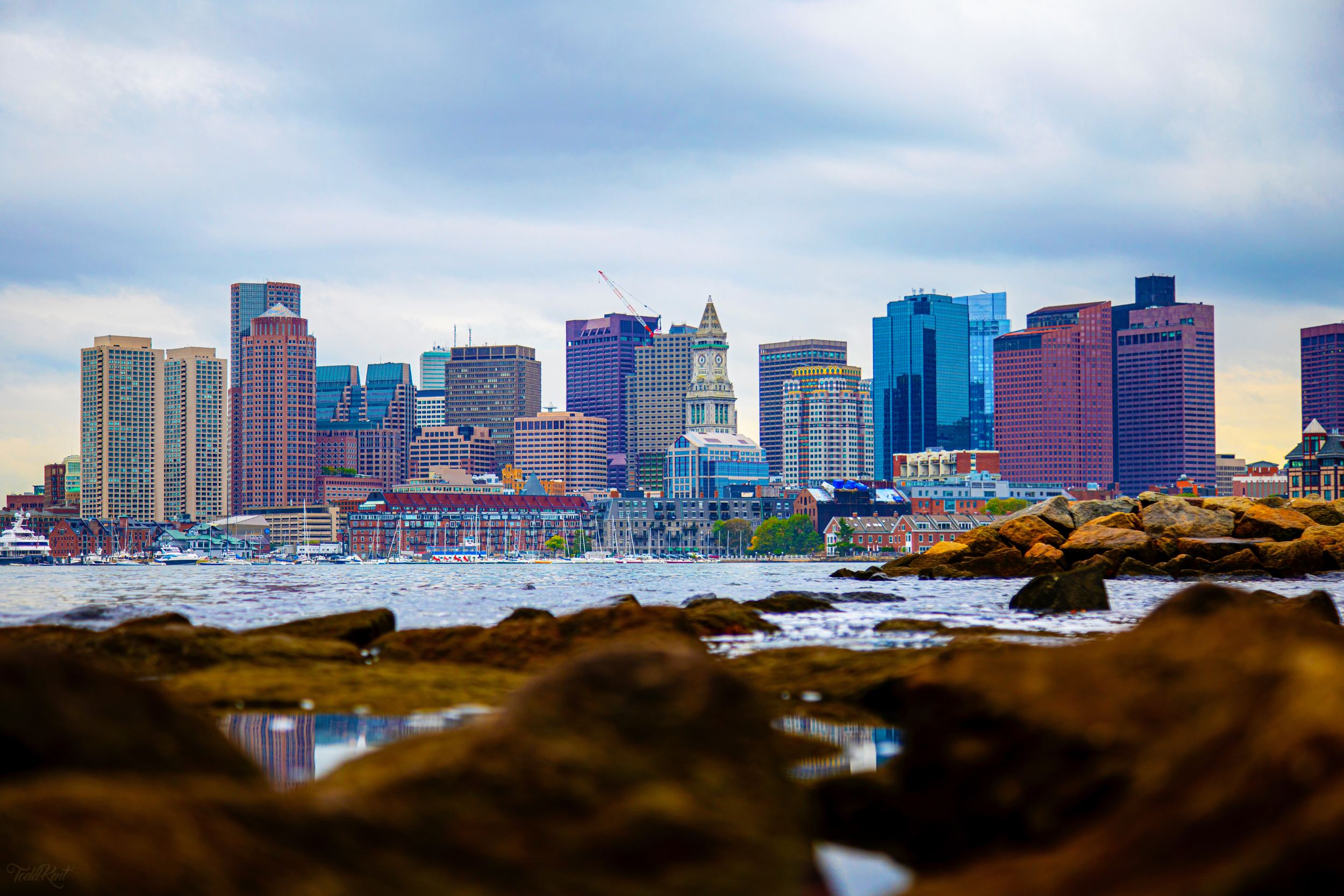 
Boston is the Massachusetts Commonwealth’s capital and its most populous city. It’s a city with a rich history, from the American Revolution to the very first public school. Boston has something for everyone in various neighborhoods, be it of arts, culture, history, and education.

Go on a self-guided Freedom Trail tour, where you will see 16 historical sites in Boston.  The trail winds between Boston Common and the Bunker Hill Monument and is marked mainly by brick. The stops include graveyards, remarkable churches and buildings, and a historic naval warship. If only for a day, this is the main top thing to do in Boston.

Have a tour in Fenway Park, is the Major League Baseball’s oldest ballpark and coined as “America’s Most Beloved Ballpark.” See a Red Sox game, Boston’s baseball team. Cheer with the locals and try sitting at the lone red seat.

3. Tour inside the Museum of Fine Arts

The fifth biggest museum in the United States of America is the Museum of Fine Arts in Boston, Massachusetts.  It is one of the largest art collection in the world as it includes over 450,000 art pieces. Highlights include the collection of artifacts from ancient Egypt, French, Chinese, and Japanese art.

4. Eat your heart out at Faneuil Hall Marketplace

The marketplace located in downtown Boston is a bustling complex of exciting shops and tasty food stalls. However, they don’t only feed you food; they feed you history too. You will wish you have more time to spend here.

5. Ride a swan boat at the Public Garden

On the 50th floor of the Prudential Tower is the Skywalk Observatory. It’s New England’s highest observation deck open to the public.  If you are in love with the view, go on the 52nd floor and eat at the restaurant there.

7. Know more about JFK in JFK Library and Museum

In this museum and library, relive the Kennedy era. Your tour begins with a short film, and you will be able to explore the area. It is a wonderful exhibition about his life; you get to see his campaign posters and desk. A plus factor is that it is located near the sea; so find a book and appreciate the view.

8. Stroll the streets of North End

Boston’s oldest neighborhood is the North End, filled with Italian charm. Stroll the cobblestone streets and take in the architecture of the buildings and the aromas of delicious food. It’s Little Italy in the US, so be sure to check out Italian Restaurants and Pasty shops here. Be ready to be charmed by this quaint spot.

9. Roam around the Boston Common

The Common is America’s oldest city park. In this park is Central Burying Ground that includes the tombs of artist Gilbert Stuart and composer William Billings. Feel like a kid in Frog Pond spray pool during spring and fall or learn to skate on winters.

10. Go inside the Massachusetts State House

Architectural / Historical Tour and Legislative Process Tour are provided by the statehouse. There are also brochures that explain the State House’s background and the passage of legislation. Because of its architectural significance, it was designated as a National Historic Landmark.

11. Join the adventure at Boston Tea Party Ships and Museum

This floating museum will give you an experience of a lifetime. There are live actors, high-tech and interactive exhibits; it will make you feel you are part of the history. You will learn a lot about American history without getting bored. It’s is a memorable thing in Boston.

12. See a show at the Boston Opera House

Originally a movie place, this is now a performing arts venue and home to the Opera Company of Boston. It is also a place for Boston Ballet and some Broadway shows. Be sure to search the schedule and witness a spectacle.

13. Enjoy sunset at Back Bay

This beautiful neighborhood is best known for its Victorian brownstones, the public library, and exquisite hotels. Take a walk and enjoy the view at this marina. Go to this place to see the beautiful sunset.

Foreigners might not know who this guy is, but Paul Revere is a patriot in the American Revolution. He was best known for his midnight trip to warn the colonial militia of British forces in April 1775. Look inside his house and learn more about his story.

15. Find your country at the Mapparium

Located in the Mary Baker Library, go to one of Boston’s hidden gem. The Mapparium is a three-story globe with brilliant colors and lights. It will give you another perspective of the world and a great feeling. Though there’s a fee, it’s worth it!

16. Know the significance of the Old North Church

Officially called Christ Church in Boston City, this is where the signal was sent “One if by land, two if by sea.” The church is a mission of the Massachusetts Episcopal Diocese. Built in 1723, it is Boston’s oldest standing church building. George Washington’s bust is inside the church, and Paul Revere’s statue is outside.

17. Get ready to drink at Samuel Adams Brewery

There is a free tour at Samuel Adams Brewery where you get to know and try a couple of beers. It’s about an hour half is spent on the brewery while half on tasting the beer. Make a speedy trip as this is a free thing to do in Boston. Alternatively, if you have more time, spend it leisurely here but prepare for an Uber on your way home.

This scenic street is filled with designer shops, retail shops, and restaurants. Shops are in brownstone buildings that make it look classy. Whatever you’re looking for, you will find it at Newbury Street.

19. Learn more at the Museum of Science

See a 65-million-year-old Triceratops fossil up close, encounter an indoor lightning storm and walk among butterflies in the Museum of Science. There is always something for everyone with about 700 interactive exhibits, daily presentations, and hands-on activities. You’ll gain not only more knowledge but also have fun.

At the north end, you might see people lining up in a shop; it’s probably at Mike’s pastry. The Cannoli from this shop is a must thing to eat when in Boston. It costs $3.50 each, but your taste buds will be delighted to find out what’s the hype

21. Read at the Boston Public Library

Libraries are great, but amazing historical libraries are marvelous. The architecture of the Boston Public Library rivals that of New York. It has a beautiful courtyard too. Visit the map room or read a book in its gorgeous reading room.

The aquarium is one of the top things to do in Boston. You can gently touch rays and sharks as they swim through. Meet different species of penguins or say hi to a hermit crab. Be in awe of the Caribbean coral reed exhibit with about a thousand marine animals.

23. Aboard the USS Constitution

This sailing ship was launched in 1797 and is the oldest commission warship afloat. See the quarters, facilities and canons of the navy. If you have any question, feel free to ask the personnel; they are knowledgeable and friendly.

An Island though now connected by a narrow strip of land, was once a Fort. Walk along and watch planes land at the airport. You can also swim, eat, or tour the Fort of independence.

25. Check out the Old State House

Relive the excitement of the American Revolution at the Old Statehouse. With engaging programs and interactive exhibits, you wouldn’t get bored. The Statehouse is one of America’s oldest and most historic colonial buildings.

1. Is it safe to travel to Boston?

Boston is a safe city. However, as a precaution, you should always stick to tourist and well-populated areas. Look after your belongings too. Travel with others during the night. However, in case of emergencies, dial 911.

2. Should I get travel insurance before heading to Boston?

I always recommend buying travel insurance since we don’t know what will happen to us. Check out SafetyWing, my insurance provider.

3. Is it expensive in Boston for tourists?

Boston is expensive in the US; the hotels are costly due to low supply but high demand. It is also because of tourist destinations and a vast number of colleges and universities. So prepare your budget in this bustling city.

4. When is the best time to visit Boston?

The best time to visit Boston is from May to June (for spring) or September to October (fall), as the weather is excellent and pleasant for walking. You could also catch a Red sox game on those times. May (graduation) and October (back-to-school) are peak seasons, so prices are higher and tourist spots might be crowded. July and August are hot, so it’s not quite expensive.

5. Where should I stay in Boston?

Back Bay is a highly recommended place, though it’s quite expensive you will get the best shopping and only a few walks from significant sites. If you love history, try going to the North End.

6. What souvenirs should I buy in Boston?

You can buy a Red Sox items, mainly the ball cap and pack-up a cannoli too.

7. Are there any great places near Boston?

For those who like to do an unusual thing, go to Salem; a place to know about witchcraft. Cambridge is also a few minutes’ drives; so check out famous universities there.

9. How to get around Boston?

Boston has buses and commuter rails to get all over the city. There’s also a subway.

I hope you have enough time for these 25 things to do in Boston. Happy Travels!