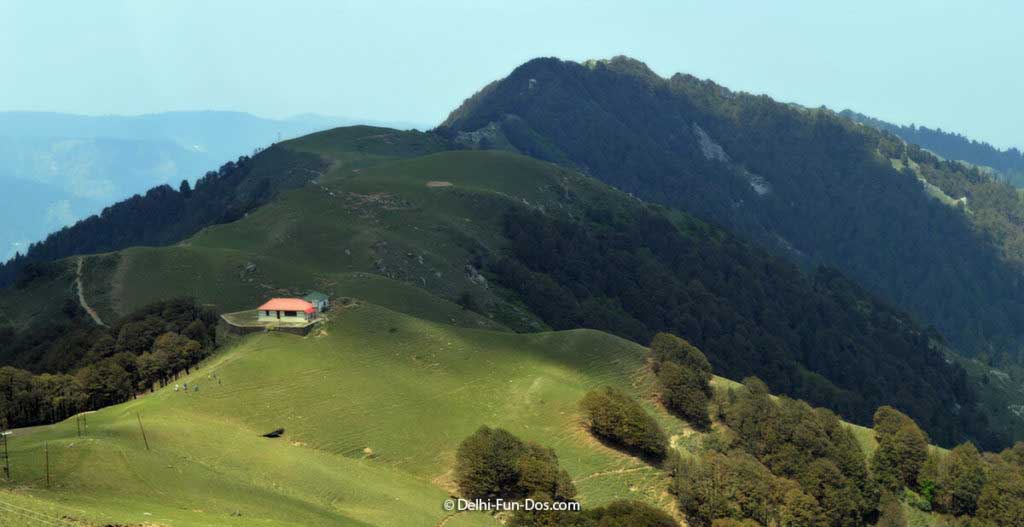 
A list of the best hill stations in India would not include Chindi. And that has done Chindi a lot of good. This small hill hamlet in Karsog Valley is a hidden gem of Himachal Pradesh. It is calm, pristine and charmingly oblivious to its natural beauty or rich cultural heritage. The people are friendly and hospitable. Chindi was one of our best retreats in the Himalayas.

“Do not dare not to dare”

Some years back, with a sudden bout of the boho spirit, we started driving for Chindi, Himachal Pradesh, post-work on a Friday afternoon. Our destination was Shikari Devi temple, supposedly at Chindi. These were days of yore when Google Maps were not so active in India so we did not know much about the route. We thought we would take the route to Shimla and figure it out from there. We thought Shimla is the capital, so people would know. We braved the rains and drove to Shimla overnight. And when we asked around next morning, no one and that includes the otherwise nice chappies at the Himachal Pradesh Tourism Department Corporation (HPTDC), had much clue about Chindi or Shikari Devi Temple. They hazarded guesses and called people up but no two people would suggest the same route. We were confused and tired and did not want to spend the whole weekend just driving. We, therefore, went to Fagu and checked into Hotel Apple Blossom, and no regrets on that either.

How to reach Chindi from Delhi

But we did not give up and Chindi was at the back of our minds. Some years after that, we had some holidays on hand. We decided this was the time to put to rest the notion of whether Chindi existed in reality or was it a figment of our imagination. There was a government-run HPTDC holiday home in Chindi – The Mamleshwar. We contacted them on phone, and they guided us as to the route from Delhi.

Delhi to Chindi was more than 400 kilometers. We had driven from Delhi to Shimla many times and it took us about 8 to 9 hours. But Shimla to Chindi was another 4 hours drive. Additionally, this route was unknown. Considering all these factors, so we opted for public transport. We booked ourselves on an HPTDC bus from Delhi to Shimla and boarded in the evening, about 8 ish, from Mandi House. The bus dropped us at Shimla bus stand very early, before 6. It was still dark and newspaper agents were still separating the papers to be sold or distributed later in the day. We sat in a rickety bus stand over the first cups of tea and at about 6.30, a small local bus came and stopped at the stand. It was marked “Karsog” and after checking with the driver that this was actually heading to Chindi, we boarded. There was very little space inside the bus and we were glad we traveled light. It took us about 5 hours drive on elevated roads, counting one much-needed break for about 15 minutes, to reach Chindi from Shimla.

We had booked our stay at the HPTDC Hotel Mamleshwar which looked like a picturesque bungalow perched on top of a hill. The bus dropped us in front of our hotel and it was a simple walk up a ramp from there. That was indeed a good thing because given the overnight bus from Delhi and the last 5 hours in a cramped local bus on undulating hill roads, our bodies were aching and the fatigue meter was about to explode. We checked in, freshened up and crashed for at least 2 hours!

Where to stay in Chindi

We did not spot any other prominent hotel in Chindi apart from Hotel Mamleshwar. This HPTDC property is undoubtedly the best place to stay here. The old bungalow style architecture is very inviting. The lawns are clean and the rooms are spacious. We liked the simple food that they served. But then, given that they have few rooms, and there is apparently no other viable option here, do book ahead.

Things to do in Chindi – Himachal Pradesh

The beauty of Himachal is that you don’t need an agenda. You can just relax and enjoy the Himalayas and the mountain breeze and the bountiful nature. A book or a cup of tea may come handy. Chindi was no different. It was cool and green and we were staying beside an apple orchard. The cherry on the icing was that Chindi is a hidden gem of Himachal Pradesh. Consequently, there was hardly any tourist. So we kind of had the place to ourselves.

Breakfast in the garden, frequent walks down the quiet hill roads, stopping for a cup of tea at a local tea stall with rickety benches and suddenly struck by awe in discovering a mesmerizing angle of the mountain, were most of all that we did in Chindi.

However, Himachal is high on spirituality and it is called “Devbhumi” or “Land of the Gods”. The Karsog Valley is extremely rich in terms of local architecture which manifests beautifully in the local temple architecture.  In fact, Karsog is a land of temples. We visited some such extraordinarily beautiful temples during our trip to Chindi.

The Chindi Temple was located very near our Hotel Mamleshwar and we could see the ornate gate as soon as we came out of the hotel. The reigning deity is perhaps Chandi, an aggressive avatar of Goddess Durga. The gorgeously wood-carved temple with multiple stories and gabled roofs was replete with various totems and symbols. A carved deer head was placed on the roof of the main shrine. Flying eagle figures were placed on other roofs and these looked like real big birds. Tiger statues were guarding the gate.  Small pendants and chimes were handing from the edges of the roof. The sanctum sanctorum was full of carvings from Hindu mythology. We were the only visitors and the peace at this shrine was surreal.

A circular step-well outside the temple looked very photogenic but we could not find anyone to enquire about its history. There was some local festival taking place at night and we heard traditional Himachal horns and drums bellowing from a distance. It was pitch-dark and by the time we reached the temple, the activities were over.

Mamleshwar is the most famous Shiva temple in the Karsog Valley. Located in Karsog town, it was about 40 minutes drive from Chindi. The ancient stone and wood temple had beautiful carvings on the outer walls. A host of stone statues and other structures, perhaps from an even older temple, were housed here. Legend has it that this temple was built by the Pandavas of Mahabharata when they were in exile. In fact, the huge temple drum here apparently was played by Bhim, the second Pandav.

We were lucky that we reached at a time when a colourful procession bearing the Gods from the temple was about to begin. The procession was on its way to another festival. The famous brass repousse Himachali God masks represented the temple deities in the procession. The music from the Himachali horns and drums regaled the air while some of the priests chanted mantras. We didn’t let go of the opportunity of recording the proceedings on our video in the hope that we shall make an unmatched vlog someday.

Not far from Mamleshwar Shiva Temple is the town Kao, in the district Mandi, Himachal Pradesh. Kao is famous for the ancient Kamakshi Devi Temple. Kamakshi is a form of Goddess Durga and the brass statue, adorned with heavy silver ornaments in local design, was serene yet mesmerizing. The multi-storied temple had clearly been renovated. It had gabled roofs and was replete with detailed wood carvings, pendants and chimes. Again, we were the only visitors so could view every detail peacefully. We loved the somewhat box shape of this temple, something we do not recall seeing in other temples.

Shikari Devi Temple, strictly speaking, is in Mandi, at least 100 km from Chindi. But the point of our trip was to visit this mountain shrine. It was a steep drive atop a mountain and it took us forever. Even after parking, there was as a longish, rather tiresome climb. But once we reached the roofless temple, the beauty of the zone was absolutely worth it. Legend has it that all attempts to construct a roof on the temple had failed. The locals said, while it snowed heavily in this region, the little area inside the temple was always completely dry! There were many devotees here and we felt divinity in the air. The kirtan and colourful prayer flags fluttering from afar almost drew them to the top. Animal sacrifices were practised earlier but had been officially stopped.

The Shikari Devi Temple was surrounded by lush green meadows covered with carpet like grass. It was almost unbelievable when we saw horses grazing here. The complete Shikari Devi Temple experience was like a dream. You can read more about this mysterious temple in our standalone article on Shikari Devi – The temple with no roof.

How do you get around Chindi?

Chindi is a small town and we covered it happily on foot. For traveling to the above sites, we had hired local taxis. That, in hindsight, was a pragmatic decision since many of these places were located on steep hills with narrow roads. A seasoned driver used to drive here regularly was best to maneuver these zones.

How many days are enough for Chindi?

Chindi was so beautiful and rejuvenating that we just did not feel like leaving. So, no quantum of time is enough to do justice to the natural beauty as well as the rich heritage Chindi and surrounding regions have to offer. We were bound by our professional and family commitments and spent about 5 days here. That was reasonable. It would be even better if you can spare a complete week for this place. If you are a nature-lover or an architecture-buff, you will never get bored.

Chindi enjoys excellent weather throughout the year so it is a perennial destination. You can easily escape the summer here. It does get bitterly cold with occasional snowfall in this region so if you are the sorts that can handle harsh winters, it is best to avoid that season. Also, monsoons in the hills are unpredictable and lead to landslides. This season may be a little restricting if you intend to visit surrounding places. So monsoons also are best avoided. We recommend March to May and then September to December as the best periods to visit Chindi.

We passed by the markets of Chindi and Karsog. These zones were very local in nature with no touristy vibe. So, there is not much to buy as souvenirs. We, however, liked a few Himachali caps with Kullu weave swatches and bought a few pieces. We also spotted a small silversmith shop that was selling traditional Himachali silver ornaments with quaint enamel on those. These were very affordable yet had a lot of craft value. We bought a few pieces as evidence of the exquisite craftsmanship of this region.

Is Chindi worth visiting?

Absolutely yes! As we mentioned earlier, the Himalayas, the bountiful nature, the mountain breeze that is like an elixir to our city-weary lungs, the serenity, Chindi was closest to heaven on earth. Add to that rich heritage in terms of spirituality, temples, architecture and crafts, it was a perfect destination for us.

That said, while Chindi is breathtakingly beautiful, it is very far from city life. There is not even a small community market and there is hardly any activity after sundown. If you are not OK with such quiet sleepy hamlet environment, this place may not work with you.

Chindi was almost an adventure. We had very little information on Chindi before we visited. It was an excellent destination tucked in the Himalayas. Yet, from our experience, you should be mindful of the following points.