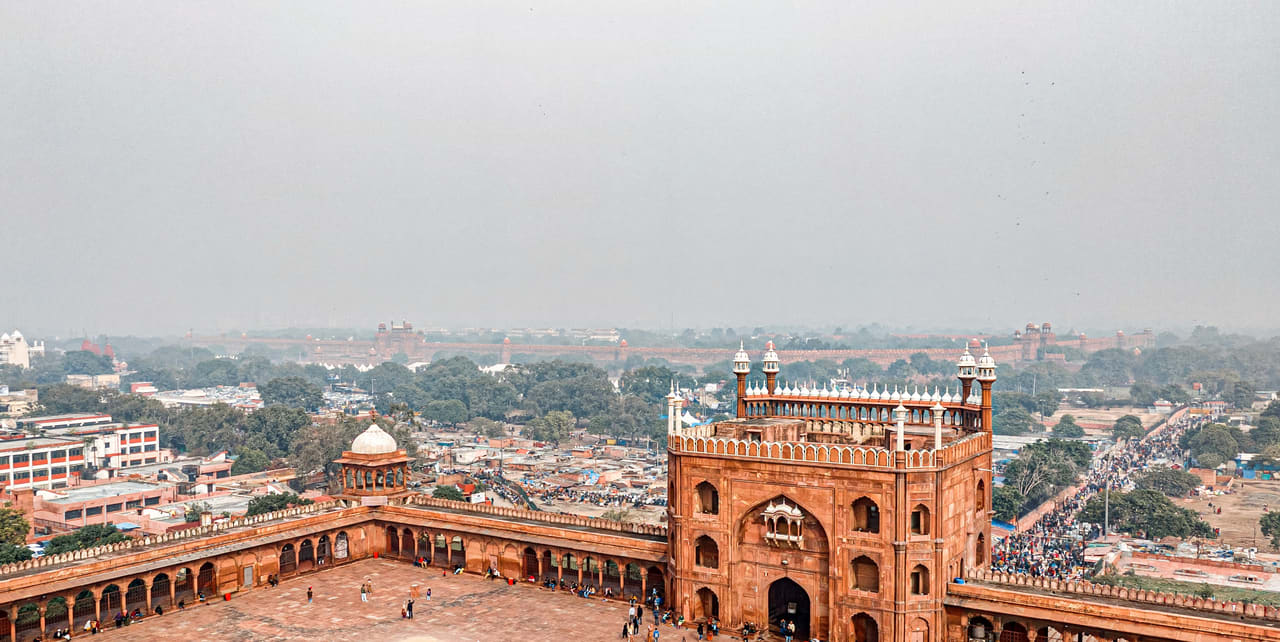 
Delhi is the capital city of India. This city is one of the four biggest cities in India. The other three are Mumbai, Kolkata, and Chennai. Well, many travellers think that Delhi is all about Chandni Chowk, Humayun Tomb, Qutub Minar, Jama Masjid but it is more than that. Delhi is the heart of India. There are so many things that many travellers skip while having a tour of Delhi.

If you are planning a trip to India and want to explore till the last piece of this metropolis city then you are at the right place, my friend. India-tours.com will tell you about 20 hidden places in Delhi which many travellers skip and also your guide will not tell you about those places. So let’s start to explore these incredible gems of Delhi.

In Hailey Road, New Delhi, this monument is situated. This monument is now under the Archaeological Sites and Remains Act, 1958. It is believed that this place was built during the Mahabharata period.

The serene atmosphere and friendly climate of the Agrasen Ki Baoli are well-known. Tourists and Delhi residents alike visit this location to spend their free time. Photographers adore this location because it provides stunning backdrops.

Tughlaqabad Fort, also known as the Ruined Fort, is regarded as a sign of the Tughlaq dynasty’s strength. Built by Ghiyasu’d-Din Tughlaq between 1321 and 1325 AD, this fort is said to have been his dream long before he became king. He decided to create a city where his people could live in peace and feel safe because of the fort’s existence.

Tughlaqabad Fort was renowned for its grandeur, but it was deserted not long after it was built. There are several rumours claiming that the location is cursed and haunted.

Sanjay Van, with its 443 acres of woodland, is Delhi’s most widely forest area. It is one of Delhi’s most fascinating hidden gems, where you can see a variety of bird and animal species. Eurasian golden oriole, Asian koel, purple sunbird, Indian silverbill, starling, white-throated kingfisher, and other birds live there.

It also has jackals, nilgais, snakes and a variety of butterflies. Sanjay Van is often renowned for its unexplained happenings. A nearby crematorium and many unclaimed bodies discovered in the thick forest are often blamed for the panic.

During the dynasty of Mandu Sultan Ghiyas-ud-din Khilji, who had a large harem of around 15000 women, the palace was built. This magnificent palace was built to house the ladies in a proper building. In the Mandu fort near Munj Talab, Jahaz Mahal is situated along with Hindola Mahal and Gada Shah Mahal.

This two-story palace is surrounded by twin ponds, giving the appearance that it is a floating structure to the spectators. If you visit Mandu fort, it is one of the places to see in Madhya Pradesh that will fascinate you with its incredible architecture.

The Archaeological Survey of India maintains and preserves the Bhuli Bhatiyari ka Mahal, which is nestled in a forest near Karol Bagh. In the late 14th century, Feroz Shah Tughlaq founded this fort as a hunting house.

There are no locks or chains on the entrance, only an alarm sign that alerts visitors not to come after sunset because of haunted and ghost stories told by visitors. According to the travellers, anyone who spends time hereafter the sunset either gets mad or dies. This place is famous among young people and Bravehearts who come to explore and justify the haunted stories.