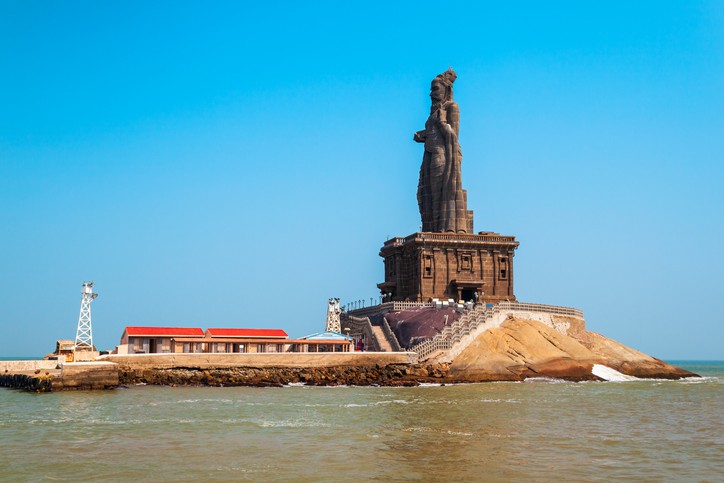 
Kanyakumari is a beautiful city in the Tamil Nadu state of India. Here, you can witness the sunset, sunrise and moonrise. All these views are visible from the same point. During British rule, this small coastal town was known as Cape Comorin, and it’s lovely coastlines attracted visitors around the year. Here in this blog, I will tell you some reasons why you should visit Kanyakumari as you will witness the rare blend of ancient history and natural beauty:

Padmanabhapuram is a town located an hour away from the northwest of Kanyakumari. It was once the capital of the Travancore princely state. The magnificent Padmanabhapuram Palace can be seen from here.

This huge palace complex is brimmed with carved rosewood ceiling, a lot of courtyards and gable roofs. This palace is one of the best examples of traditional Kerala architecture.

This place is situated on Kanyakumari’s coast. Swami Vivekananda, an Indian poet and philosopher, went there to meditate for three days in 1892 before deciding to carry his moral message around the world.

A memorial temple was built here in 1970, as well as a meditation centre and a statue of Swami Vivekananda. You can reach here with the help of a 15-minute ferry ride which starts from Kanyakumari beach.

3. Witness the meeting of three oceans:

Kanyakumari is situated where three bodies of water converge: The Indian Ocean, The Arabian ocean and the Bay of Bengal. This location is known as Triveni Sangam, and it is so holy that a dip in the river is said to wipe away all sins.

4. Multicolor sands on the beach:

Kanyakumari’s beaches, with their multi-coloured sand, are a sight to behold. The three oceans bring a variety of sand colours, including yellow, purple, and even red. Since these colours don’t blend (due to different grain sizes), each wave makes a unique pattern on the shore.

The 133-foot-tall Thiruvalluvar’s statue, an ancient philosopher and Tamil poet, can be seen from the Vivekananda Memorial. Thirukkural, the poet’s 133-chapter work, was completed in 2000. It is also possible to enter the statue’s base and ascend its feet for breathtaking views of the sea.