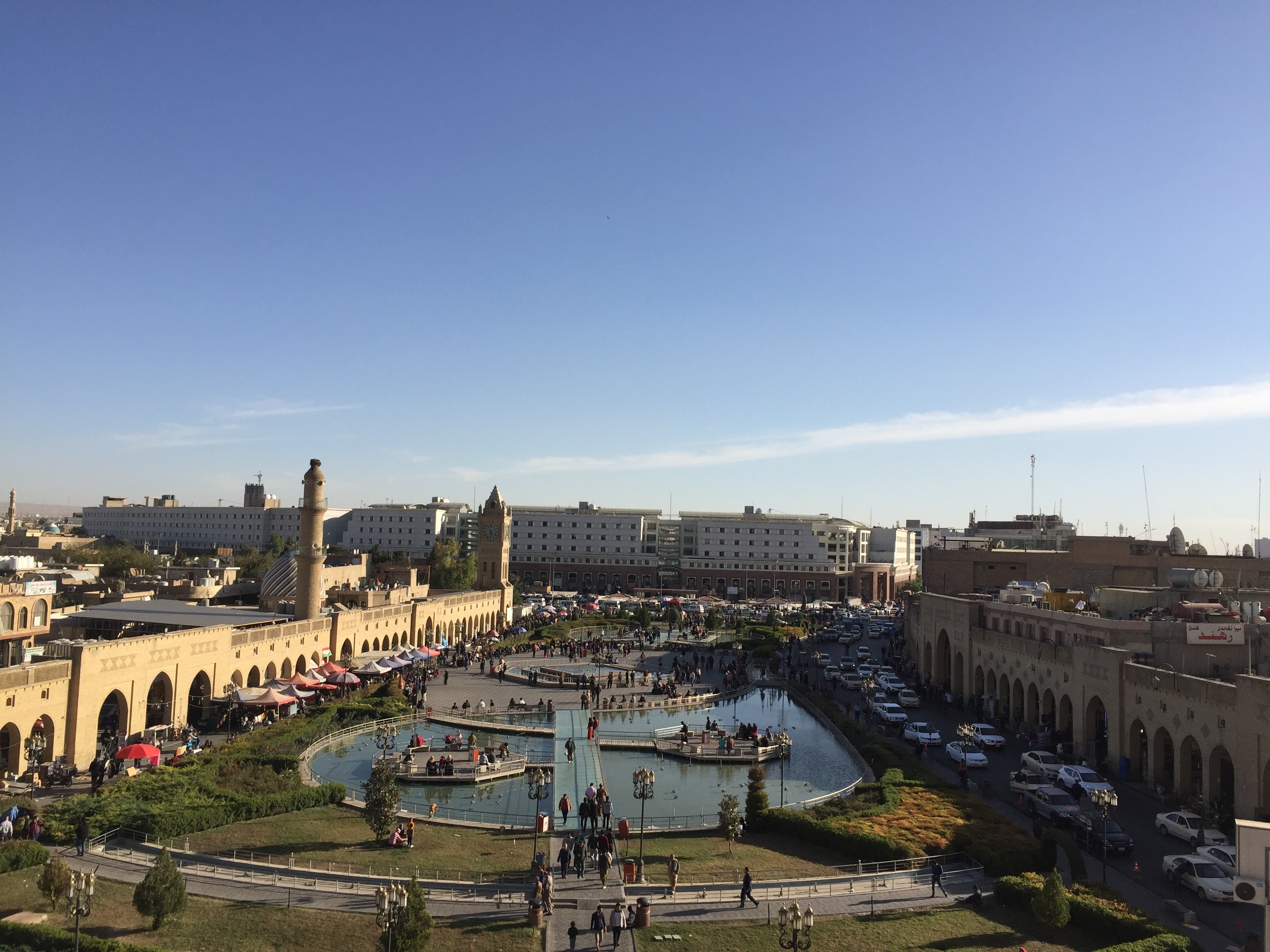 
If you’ve ever taken up Asian or even World History in school, you will remember how they said the earliest civilization emerged from the confines of Mesopotamia, part of what is now known as modern Iraq. Thousands of years ago, the Sumerians, Akkadians, Assyrians, and Babylonians occupied this large mass of land within the Tigris-Euphrates river system and started what has since been the framework of our current civilizations.

In recent years, Iraq has been a constant on the news due to all the obstacles the country faced– from the rule of Saddam Hussein to the recent ISIS attacks that terrorized the country. This has made some serious impact on the country and even more, to the citizens themselves.

Now, with the country slowly getting back on its feet again, people are also starting to gain interest in coming over. Its doors have been opened to tourists who are wanting to know more about what’s more to Iraq than what the media portrays.

In this article, you’ll find out about some of the most exciting things one must experience when in Iraq.

Baghdad – This city is the country’s capital and its largest city as well. Baghdad goes way back in history, being mentioned in documents as old as the Assyrian cuneiforms from 9th century BC. It was founded in the 8th century and has since been the country’s commercial and cultural center due to its excellent location.

Nowadays, Baghdad is a modern metropolis and is home to many museums, schools, and other major offices and establishments in the country.

Basra – This city lies near the border Iraq is sharing with Kuwait along the Shatt Al-Arab River and is serving as the country’s main port. Like most of the country, it also goes way back to 636 as a former encampment for Arab tribesmen.

These days, the city’s largely depends on its oil industry as its main source of income. It also is a major agricultural region in the country which produces maize, rice, millet wheat, dates, and livestock.

Hillah – Another agricultural land which produces a wide range of fruits, crops and textile, this city in the central region of Iraq was chosen as the country’s cultural capital in 2008. It’s also an important archeological site due to its proximity to the ancient ruins of Babylon, Kish ruins and Alberes.

Erbil – The center of Iraq’s autonomous Kurdistan region, Erbil is the 4th largest city in all of Iraq. It is also known as one of the oldest continually inhabited sites of human civilization and is one of the safest places to visit in all of Iraq these days.

What You Should Do When in Iraq

1. Explore all the places you’ve read about in the Bible

You’ll be surprised to know that some places mentioned in the Bible are all conveniently placed in one country, Iraq. First off, it is believed to be the location of the Garden of Eden as well as the city of Ur which is where Abraham and eventually, his lineage originated. There’s also the ruins of Babylon still standing in the southwest of Baghdad.

Despite all the looting, bombing, and other tragic events the place has gone through, parts of the ancient kingdom can still be found up to this day. The Tower of Babel is also believed to be located in Iraq and was said to be based on the Etemenanki which is a ziggurat dedicated to Marduk, a Mesopotamian god.

As a country with a history dating back to thousands of years, it also has its fair share of mosques that are important to our Islam brothers and sisters. The Imam Ali Mosque of Narjaf, for example, is known to be house the tomb of Ali ibn Abi Talib, the cousin of the prophet Muhammad. It is also believed that buried next to Imam Ali are the remains of Adam and Noah or Nuh.

Another one of the holiest shrines for Shi’ite Muslims is the Imam Husayn Shrine in Karbala, Iraq. This is believed to be the final resting place of the remains of Imam Husayn, the grandson of Muhammad and the third Imam of Islam. Both sites welcome tons of visitors each year due to their significance in the Shi’ite Muslim belief.

3. Learn more about the origins of our civilizations

Of course, as the birthplace of modern human civilization, Iraq has its fair share of artifacts dating back to the Mesopotamian era which you’ll find in the Iraqi Museum in Baghdad. The war may have affected it negatively when it was looted during the Invasion of Iraq in 2003, but with the constant effort of the Baghdad Museum Project, it was later reconstructed and opened to the public in 2015. In there, you’ll still find thousands of artifacts from back in the day like statues, ancient masks, and other important pieces of our past that will surely teach you more about the origins of the modern people.

4. Pay a visit to the Martyr Monument

5. See a blood-penned Quran for yourself

Do you have a penchant for something out of the ordinary? You probably do, and this might be interesting for you. As a way of displaying his utmost devotion to Islam after a failed attempt on his son’s life, former dictator Saddam Hussein had a copy of the holy book of Quran written in perfect calligraphy using a very unusual ink– his blood. He had about 27 liters of his blood extracted from him to be used by the artist to write about 600 pages of the holy document.

It was formerly displayed in Saddam’s “Mother of All Battles” Mosque, but in recent times, the government decided to lock it in a basement and behind vaulted doors. It’s not easy to see it for yourself now, but who knows? You might get your chance one day.

6. Have a relaxing day in the mountains

If you ever decide to pay a visit to Kurdistan, you might want to drop by Mount Korek to have a relaxing time. A resort named Korek Mountain Resort & Spa sits atop the mountain and can be accessed through a cable car. Isn’t that cool? Enjoy activities like skiing, sky gliding, riding a nautic jet and shooting paintballs in this exciting resort. There are also over a hundred villas where you can spend the night.

7. Get in touch with nature

This isn’t a well-known fact about the country, but in recent years, Iraq has been trying to diversify its tourism industry by trying to boost its ecotourism department. The marshlands located between the Euphrates and Tigris rivers have been the cradle of some beautiful wildlife and scenery found in the country. However, during the time of Hussein, he drained these marshes as a way of punishing its inhabitants by going against him.

Nowadays, you can now enjoy these waters by boat and visit the man-made islands once again where beautiful houses made from reeds can be found.

Basra, the port of Iraq, is also the home to what is known as the “Venice of the East”– canals lined up by houses built in the 19th century. Visit the Old City of Basra and you’ll find some of the most awesome architecture there probably is in the country. You can also take a stroll on the island near the Shatt Al-Arab hotel and enjoy some relaxing time.

1. Do I need a tourist visa to visit Iraq?

Yes, citizens from all countries are required to apply for a visa to go to Iraq.

2. How long is a tourist visa in Iraq valid for?

3. How do I apply for a tourist visa to Iraq?

It’s advisable to apply for a tourist visa through a tour operator as technically, you can only apply for a visa on your own if you will be in a group of 5 or more tourists wanting to go to Iraq together.

No. You are required by the government to have a guide and a driver with you at all times while you are in their territory. This is also one of the reasons why joining a tour in Iraq is your safest bet.

The tour operator will not only help you get a tourist visa but would also make getting permission to go to different places outside Baghdad (required by the government) easier.

According to the stories of people who had been in Iraq recently, the country’s relatively safe and they didn’t feel threatened through the whole duration of their stay. This is despite warnings of various government agencies all around the world about traveling to the country.

Of course, before you go, it’s best to check your country’s travel advisory and the recent news first so you know what’s in store for you when you visit Iraq.

6. Can I go to Iraq from Kurdistan and vice versa?

Yes, you definitely can. However, keep in mind that your Iraqi visa will not be a valid document to enter Kurdistan and vice versa. This is because separate bodies are governing these two so naturally, even their laws are different.

7. Will I be able to connect to the internet when in Iraq? Can I use my phone?

Of course! There are places with free Wi-Fi connections scattered all over the country with a pretty decent connection so you’ll have no problem surfing the web during your downtime.

Local telecoms also offer SIM cards that visitors can use while in the country. It’s also loaded with a certain amount of data if you ever need to use the internet and is outside a Wi-Fi zone.

Unfortunately, only a few establishments accept credit cards at the time so you’re the best option will be to carry some cash with you.

Exchanging your local currency can be done within the airport or at exchange counters in the city.

9. Do they speak English in Iraq?

Because some Iraqis have the experience of living outside of their home country during the war, you’ll find a number of them speaking a foreign language like French, German and even a little bit of English.

If you do need to have something explained to them, though, you’ll need the assistance of a guide.

10. What laws and customs should I observe when in Iraq?

As Iraq is a predominantly Muslim country, you must respect their local traditions, laws, and customs at all times.

When dressing up, make sure to be modest at all times. It’s unacceptable for women to wear sleeveless and see-through clothing while men are only expected to wear shorts for exercising.

When sitting cross-legged, avoid placing your foot or shoe in the direction of someone’s face as it’s considered rude. The same goes for when you’re pointing at something and you do it with a single finger. Always use your whole hand or even both hands for emphasis if you want to point at something.

If you decide on taking pictures while going around, make sure that you never take photos of their soldiers, government establishments and inside some of the holy shrines in a few places around the country. If you want to take a photo of someone or something, always double-check so you don’t get into trouble.

This is something that you should keep in mind before going to Iraq, but having an Israeli stamp on your passport is a no-no and will not grant you access to the country. Make sure that you don’t have one by avoiding crossing borders Jordan and Egypt share with Israel to make sure.

11. When is the best time to visit Iraq?

Iraq is best experienced during the spring and autumn seasons when climates aren’t too hot and too cold.