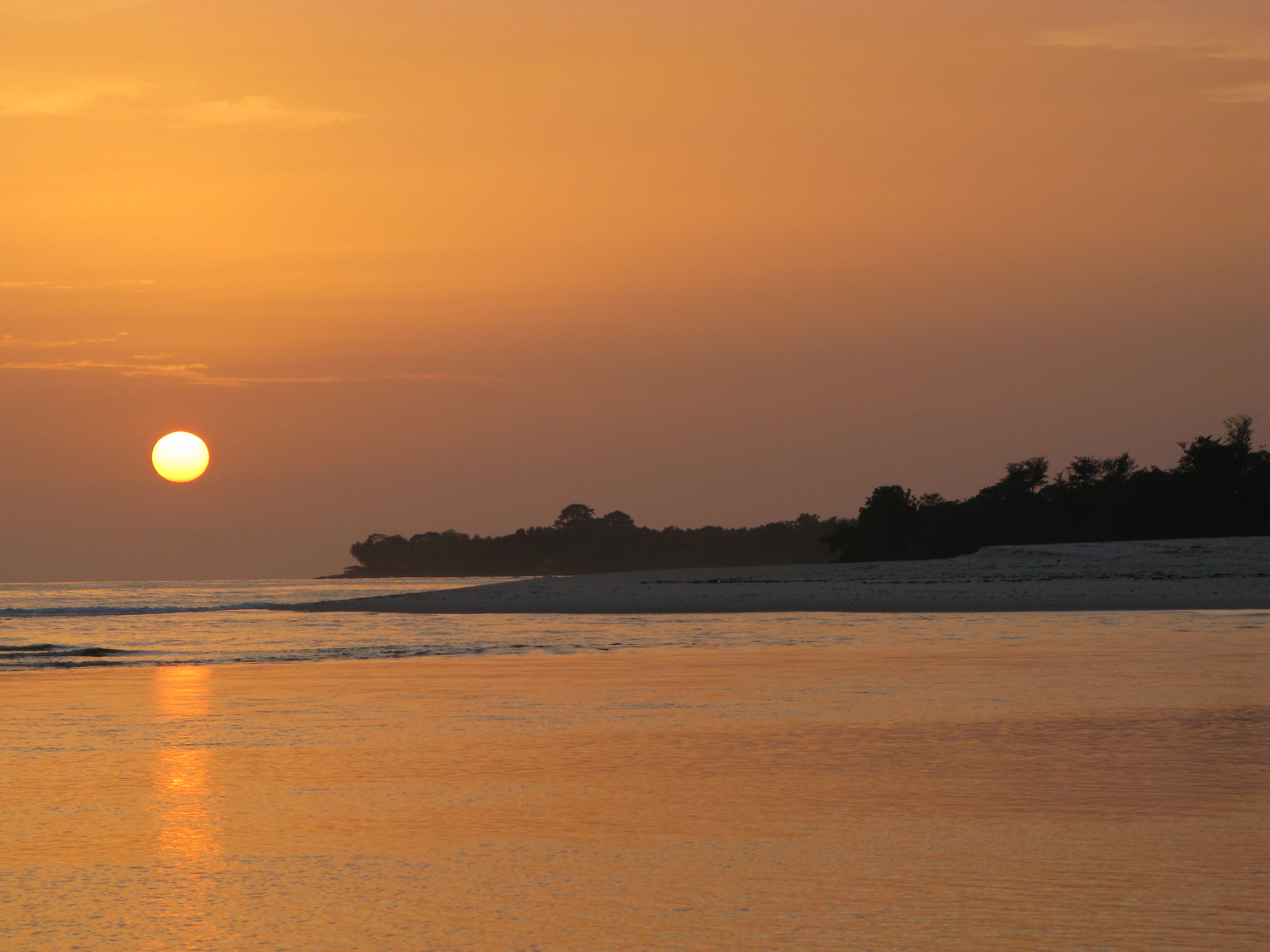 
One of the things that will probably come to your mind when you hear about Sierra Leone is diamonds. After all, this precious gem is something that played a big part in the country’s history.

Sierra Leone, if you think about it, is like a diamond in the rough waiting to be polished so you can see its real beauty. Despite all the tough times it has faced, this nation has the potential to be an extraordinary tourist destination once again, just like in the old days.

A nation of abundant wildlife, Sierra Leone was one of the top destinations for tourists back in the day, until political instability took it off tourists’ list for quite some time. To add to that, the country also faced a deadly fight with Ebola which claimed lives in its wake.

Now that the battles it fought have long been over, it’s time for people to slowly get acquainted with Sierra Leone’s untouched beauty once again. Get to know more about this hidden gem deep within the confines of West Africa.

Freetown – This is Sierra Leone’s capital and is a major port city in the country. This is also known as the oldest capital established by African Americans after it was founded by freed slaves in the 1700s.

At present, Freetown is Sierra Leone’s major economic, political, cultural, financial and educational center. This is also where you’ll most likely land first upon entering the country as the Lungi International Airport is here.

Bo – This is the second-largest city in Sierra Leone by the landscape, located in the southern part of the country. It’s also commonly known as Bo Town, although this term particularly refers to the urban center of the city.

One interesting thing about Bo is that it has direct ties with the UK through a few programs they have formed together. Bo, together with the UK government established the said programs aiming to improve the lives of Sierra Leone citizens.

Kenema is also known to be the hometown of Sierra Leone’s best international soccer players. They also have their football team called The Kamboi Eagles which represents them in the premier league in the country.

Makeni – Located in the North, Makeni is Bombali province’s largest city and is overall the 4th largest in the country. It is where you’ll find some of the largest and most prominent schools in the country.

Makeni is also known to be the home of the Temne people who mainly speak the Krio language.

What You Should Do in Sierra Leone

1. Marvel in its beautiful waters

If there’s one thing that should make it on the top of your itinerary while in Sierra Leone, it’s visiting the golden shores of the country. Tokeh beach is a popular escape from the chaos of the metro for most people in Sierra Leone. You can even stay the night at nearby resorts to make the most out of your trip.

If you’re into something a bit more private, you can go and ride out a boat to the Turtle Islands. A place reminiscent of those castaway movies due to its location, this place is a group of islands inhabited by fishing communities. You’ll probably love to visit as the waters in this area are calm and pleasantly warm.

Probably the most visually pleasing and popular beach among them all is River No.2. This where basically everyone visits to celebrate, play, or just relax. The shores are often busy and crowded, so if you want to visit, you might have to go during the weekdays.

Sierra Leone, as a country off the coast of the Atlantic Ocean, has some of the best places for surfing. Bureh beach tops the list if you are looking for water activities like surfing. You can even go canoeing, partying, drinking, or just relax as you watch its crystalline waters glimmer under the hot sun. This beach is also connected to a mangrove forest since there’s a river in the area that flows into the sea.

Freetown is famous for its “Big Markit”, a  street market that’s not only packed with local products but has a rich history as well. It was once burned during the invasion of the country but was slowly rebuilt by the government to be a craft market mainly for tourists.

Take a walk along with the stalls and find yourself amazed by woven baskets, colorful textiles, accessories, and other clothing articles just to name a few.

4. Travel back in time and learn about the country’s history

It’s well known in history that Sierra Leone was founded by freed African American slaves. However, as much as we’re impressed by how far their people have gone, we must also never forget to learn about their past to appreciate them more in the present.

Hop on a boat and ride up the Rokel River to witness one of the many slave trading stations in the continent. You can also head up towards the old Creole villages in Freetown to get to know more about the resettlement area for liberated slaves back in the day.

5. Get in touch with nature

Will this be an African trip without fully exploring nature? Sierra Leone has its fair share of amazing landscapes and wildlife as well.

Pygmy hippos are some of the most sought-after animals on this side of the planet, aside from hundreds of species of insects and butterflies. If you want to see them for yourself, you can go and travel out to Tiwai Island Wildlife Sanctuary or Outamba-Kilimi National Park.

Sierra Leone has some beautiful mangrove swamps as well so if you’re into that, head on out to Bonthe Island or Bureh Beach so you can experience the waters for yourself.

6. Have an interesting conversation over Ataya

Ataya, a strong variety of tea is often served among the young male population in Sierra Leone. There are places around the country dedicated to just serving these warm concoctions to mostly men (think man cave but with tea). Get to know the young Sierra Leone generation over a cup of this drink–just be careful not to overdose yourself with caffeine!

7. Fill up your tummy with some street food

It’s always interesting to try the local cuisine when traveling somewhere. Sierra Leone has a variety of street food which you can choose from if you want to get your fill of the local food.

Of course, there’s good ol’ roasted corn which they usually season with a little bit of salt before roasting over a fire. There’s also fry which, as the name implies, is anything fried being sold off on the streets. It can be anything from fried plantains, fried chicken, fries, or even Akara (fried bean cake). They usually serve this with spaghetti, eggs, and bread.

After you’ve had your fill of this other street food, why not try “kill driver”? No, it isn’t what you think it is, but Kill Driver is a sort of cookie made from sugar, flour, and butter.

It’s no question that football is the country’s most famous sport, with international superstars in this sport originating from the provinces of Sierra Leone.

Go and have a friendly game (or two) with the locals at the Lumley beach. Just bring your shoes and be prepared for an afternoon of adrenaline and fun with your newfound friends.

Several airlines are operating in the country regularly. A handful of them flies nonstop routes from Europe and the rest of Africa to the country.

If you’re from a place where there are no direct flights to Sierra Leone, you can always hop on a connecting flight.

European, American, British, Canadian and Australian travelers will need to get a visa going to Sierra Leone.

Only citizens of these countries can enter without a visa:

3. How long is the tourist visa application process?

This varies depending on the Embassy in your country. British citizens, for example, should wait for up to 3 working days to have their visas granted.

4. How long is my Sierra Leone tourist visa valid for?

A single-entry visa is valid for 3 months upon the issue and will allow you to stay in the country for 30 days.

5. Is Sierra Leone safe for tourists?

Generally, Sierra Leone is a pretty safe place for travelers to visit. There haven’t been any major crime reports involving tourists in recent times. However, it’s always wise to keep an eye out for your things and even more for yourself when you’re not in a familiar area.

6. How do I go around Sierra Leone?

There are plenty of taxis in the country and you can also always rent a car.

7. Will I need a translator in Sierra Leone?

A lot of citizens speak English, only it’s a different variety of the language (Pidgin English) so you might need some extra help understanding a few words. Other than that, you’re all good.

8. When is the best time to visit?

If you want to enjoy the best of Sierra Leone, you should come over during the dry season, which lasts from October to May.