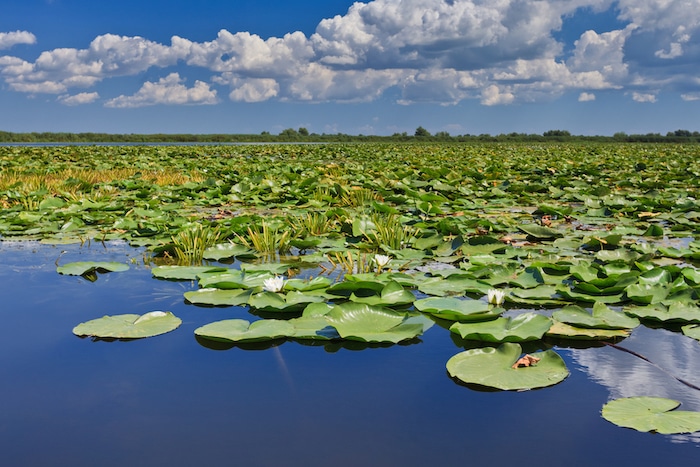 If the Balkans are the crossroads between Europe and the Middle East, Romania is a crossroads within a crossroads. This is where Southern, Central, and Eastern Europe meet. A nation bordered by the Black Sea, Ukraine, Serbia, Moldova, and Hungary and crossed by the towering Carpathian Mountains, Romania is an exceptionally diverse country.

This diversity is showcased beautifully in the eight Romania UNESCO World Heritage Sites.

You’ll find sites protected by UNESCO in Romania all over the country, from the inland mountains to the Black Sea coast, near its far northern border and in its most southwestern corner. They include all major Romania characteristics and features, such as the Danube River and ancient beech forests, and historic cities, Romania heritage and numerous churches.

One of Europe’s many gorgeous medieval towns, Sighișoara is one of the top attractions in Romania. Home to no more than 30,000 people, it’s in the famous region of Transylvania. Sighișoara is the birthplace of Vlad III the Impaler, the person Bram Stoker based his famous Dracula novel.

There’s more to Sighișoara and Transylvania than vampirical history, though. More than 800 years old, the town is part of the historic Saxon region, a major cultural center of Transylvanian Saxons. It’s this rich Saxon history that made UNESCO designate Sighișoara as World Heritage in 1999.

Although not all that big, Sighișoara has several remarkable sights; significant examples are its fortified town walls, several defensive towers, a handful of churches, and more than 150 buildings at least 300 years old. The latter include the Sighișoara City Hall, the Venetian House, the Stag House, and Vlad Dracul’s House (the father of Vlad III the Impaler).

Villages With Fortified Churches In Transylvania 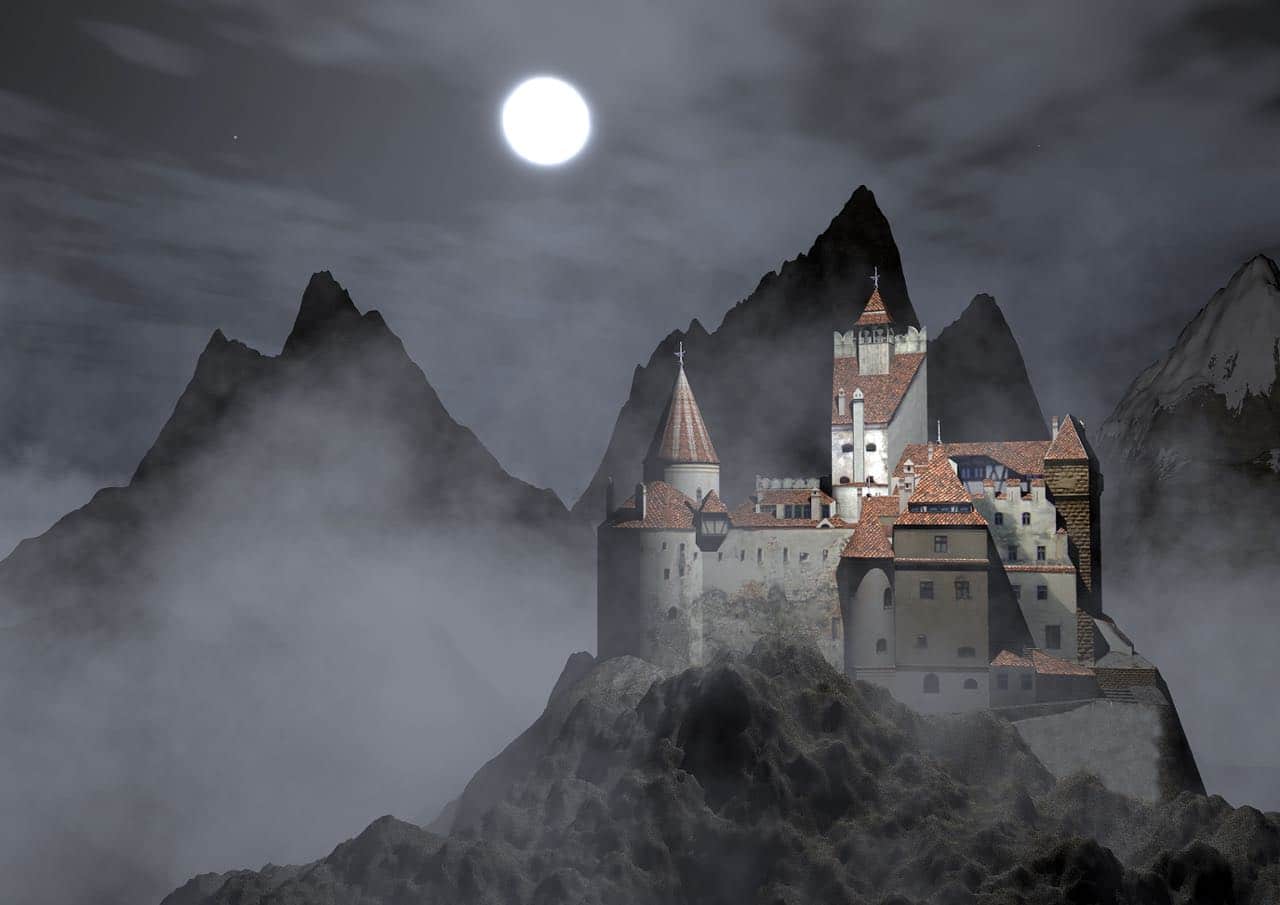 In the heart of Romania, in southeastern Transylvania, you’ll find seven historic villages renowned for their remarkable fortified churches. This area is home to the world’s largest concentration of well-preserved fortified churches dating from the 13th to the 16th centuries. On top of that, the variety in architectural styles of these churches is astounding.

They are literally dozens upon dozens of these churches, located in seven different villages. Founded by the Transylvanian Saxons, they represented a unique land-use system with its own specific settlement patterns and centered on family farmsteads. While the larger towns in the region, such as Sighișoara above, were entirely fortified with town walls and defensive towers, the people living in smaller settlements built fortifications around their churches. 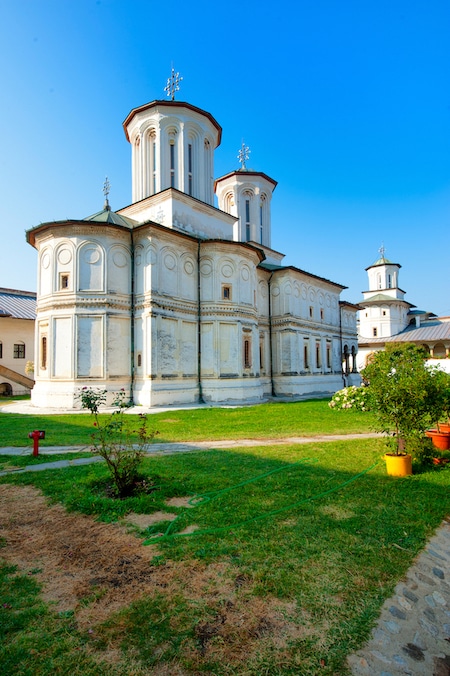 This impressive structure is now widely regarded as one of the finest examples of so-called “Brancovan” architecture, which can be considered the only original Romanian architectural style. It symbolizes the way of thinking of a ruler who put art and culture above everything else in a time when major European powers were warring non-stop.

UNESCO declared it World Heritage because of its “architectural purity and balance, the richness of its sculptural detail, the treatment of its religious compositions, its votive portraits and its painted decorative works.” It’s a description that speaks volumes as to the monastery’s unique beauty and cultural significance.

Dacian Fortresses Of The Orăștie Mountains

The Dacian Fortresses of the Orăștie Mountains are the oldest of the six cultural UNESCO World Heritage Sites in Romania. They date from the 1st century BC to the 1st century AD. Built by the Dacians to protect them against Rome’s growing power, these six defensive structures feature an extraordinary mix of religious and military architectural styles, both from the late Iron Age and the Classical world.

Although the Romans did conquer them in the 2nd century, they were the Dacian Kingdom’s very heart for many decades. Now wonderfully well-preserved, all six sites offer a unique insight into this ancient civilization’s innovative and resilient nature.

The six Dacian Fortresses of the Orăștie Mountains lie pretty close to one another in the mountainous region of southwest-central Romania. These are the six individual sites:

The second-longest river in Europe, the Danube originates in the Black Forest in Germany, flowing in a more or less southeasterly direction before ending up in the Black Sea. From the Black Forest to the Black Sea, it meanders through no fewer than ten different countries. The Danube Delta is one of the two natural UNESCO World Heritage Sites in Romania, arguably the country’s greatest natural treasure.

It’s Europe’s second-largest river delta and its best-preserved. This vast collection of distributaries, lagoons, wetlands, marshes, and lakes is a critical habitat for numerous plants and animals, particularly birds. It’s one of the Seven Natural Wonders of Romania. In addition to being UNESCO World Heritage in Romania, the Danube Delta is also a UNESCO Biosphere Reserve.

Constructed between the late-1400’s and late-1500’s, the eight Churches of Moldavia are in the far northern corner of Romania, near the border with Ukraine. These historic churches are unique in more than one way.

Besides their beautiful architectural design, they boast remarkable exterior paintings. Stunning frescoes and murals, masterpieces of Byzantine art, cover their external walls and all facades. They’re not just wall decoration, though. They depict complete cycles of religious stories and themes. Additionally, the elegance, colors, and composition of these murals are in total harmony with these churches’ peaceful natural surroundings.

If you’re a fan of art, architecture, culture, and/or history, this is one of the most fascinating Romanian UNESCO World Heritage Sites you can visit. The eight UNESCO-protected Churches of Moldavia are:

In addition to the fortified Transylvanian churches and mural-covered churches in Moldavia, there’s a third UNESCO World Heritage Site in Romania that protects churches. This one is about an entirely different type of church, though. Situated in northern Transylvania, the wooden churches of Maramureș are a collection of nearly 100 historic churches in various architectural styles and from different historical periods. Eight of them are protected as UNESCO World Heritage in Romania.

Although not often visited by international tourists, Maramureș is still one of Romania’s most well-known regions. This mountainous region in the north of the country is famous for its centuries-old customs and traditions, traditional rural lifestyle, and colorful clothing. People still live here the way they did hundreds of years ago, making Maramureș essentially a real-life history museum. It’s one of the very few surviving regions that are actually still 100% authentic in Europe. Exploring it is one of the best things to do in Romania.

The eight Wooden Churches of Maramureș are exceptional for their tall and narrow design, shingle cover, slim clock towers, and use of timber instead of stone. While there are dozens of these wooden churches in the Maramureș region, the following eight are designated as World Heritage by UNESCO in Romania: 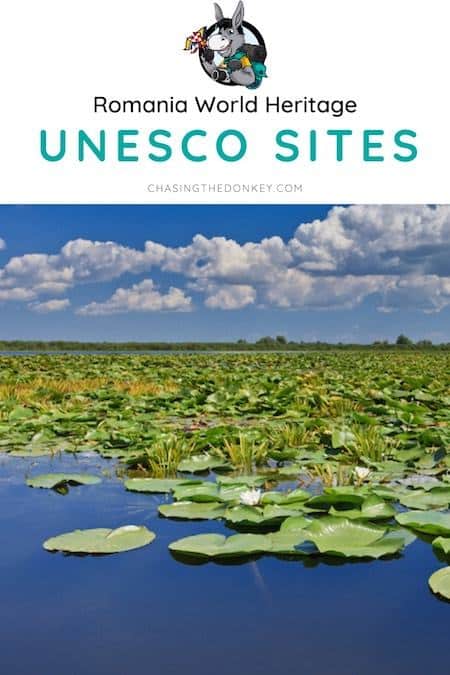 After the last Ice Age ended, the European beech spread across the entire continent from a small number of isolated areas in the Pyrenees, Carpathians, and the Alps, among other mountain ranges. Taken only a few millennia, it’s an unparalleled continent-wide expansion by a plant species, a testimony to the beeches’ tolerance and adaptability.

Have you ever visited any of these UNESCO world heritage sites in Romania? Which one will you see next?

Other Romania Travel Blogs You Should Read