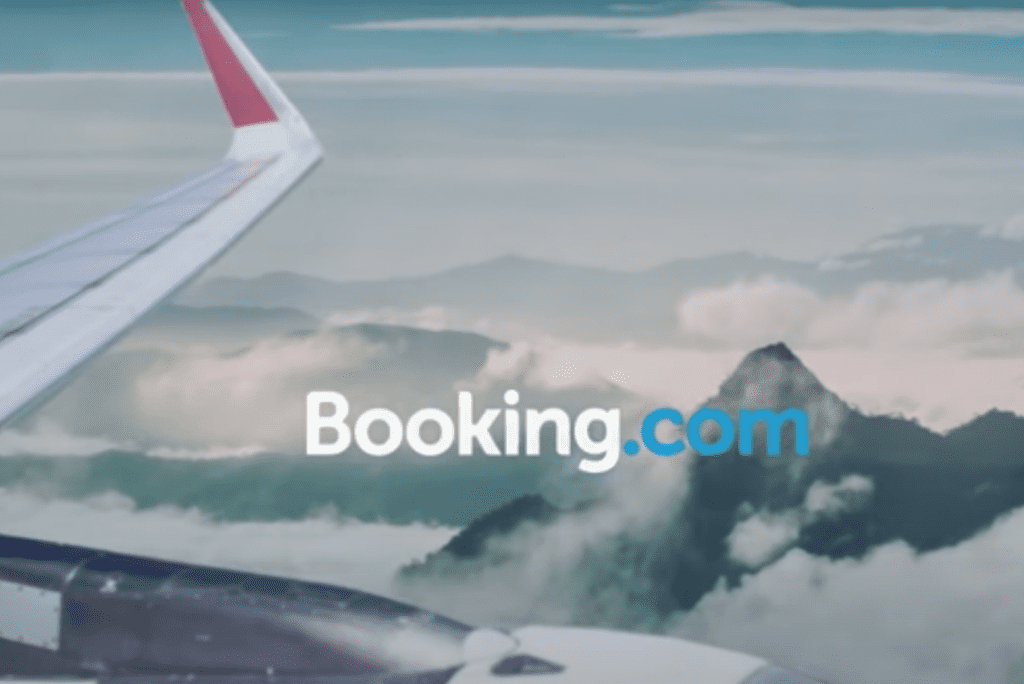 While Airbnb’s proposed initial public offering has garnered so much press and the power of Google always looms large, Booking Holdings stands out as perhaps the leading pure-play public company in travel.

In fact, Booking ranked as the top company among 100 publicly traded companies in the August update to the proprietary Skift Health Score, the same leading position the Connecticut-headquartered online travel company commanded a month earlier.

So while much of the hype these days may be about Airbnb’s potential trading debut, Booking Holdings, which has been public for more than two decades, is operating very respectably within the context of the overall travel downturn.

Booking’s relatively healthy position, however, is not the whole story, as it faces some challenges, as well.

In August, Booking Holdings led the pack of 100 stock-trading travel companies across all sectors with an overall score of 72, a nominal gain from the 71 it notched in July.

None of the other 99 publicly traded travel companies, whether airlines, hotels, tour operators, or other online travel peers, gave Booking a run for its money.

Looking at just the top 10 companies in the Skift Health Score, which compares companies based on survivability, current performance, and future prospects scores, the only other online travel company in the group after Booking Holdings is Amadeus at 8th with a 60 score.

It’s a possibility that Trip.com Group could make it into the top 10, but it hasn’t yet reported second quarter earnings, as have most of the other companies. Expedia Group was well below in the rankings in August with a score of 57 compared with Booking’s 72 out of 100.

There was a tie for second place in the Skift Health Score in August between Delta which moved up from fourth in July, and Hilton, which ranked third that month. Both scored 64 in August.

Booking Holdings saw the current performance component of its overall score fall in August, when it reported second quarter earnings, to 54, down from 63 in July. Booking saw its net income plunge 88 percent in the period to $122 million, but it would have been a loss had it not been cushioned by a gain on marketable equity securities of $835 million.

Booking’s survivability score jumped 10 points to 91. The company finished the second quarter with a cash and investment balance of $13.4 billion, up from $9.2 billion at the end of the previous quarter.

Google is not a pure-play travel company but has a travel business many competitors fear. Google, like privately held Airbnb, is justifiably excluded from the Skift Health Score.

But Google’s travel business is likely larger than that of both Booking Holdings and Expedia Group. Skift Research estimated that in 2019 Google generated about 12 percent of its advertising revenue from travel.

That means Google likely generated about $19 billion in revenue from travel in 2019, making its travel business larger than that of Booking Holdings, which recorded $15 billion in revenue last year. Expedia Group’s 2019 revenue was $12 billion while China’s Trip.com Group trailed at $5.2 billion.

However, when it comes to operating margin from continuing operations, Booking (32.3 percent) had an advantage over Google (21.2 percent).

In the third quarter of 2019, prior to the pandemic turning travel upside down, Expedia and Tripadvisor, in particular, were vocal about the increasing setbacks and market share reversals they faced from Google’s rise in travel.

Booking Is Strong But With Challenges

Beyond Google, Booking which by all accounts has been less-impacted by Google than Expedia and Tripadvisor, faces its own particular challenges but some of these are common to much of the travel industry.

As of April 15, Moody’s ranked Booking Holdings’ outlook “negative,” as Moody’s likewise did for other travel companies. Moody’s stated in July that it expected Booking’s decline in hotel bookings to remain at current levels until there is a recovery.

“In the event COVID-19 is not contained and/or travel demand does not recover in the near-term, there are further cash flow risks that could potentially impact the company into 2021,” Moody’s said. “However, recent trends indicate travel demand is incrementally growing from its trough in April 2020.”

It’s a total sign of these pandemic-ridden times that Booking would command that lofty perch even as it announced last month that it was parting ways with 25 percent of its workforce, or perhaps 4,300 employees.

Skift Research Senior Analyst Seth Borko wrote about Booking’s overall ranking in the Skift Health Score for August: “The travel giant has the benefits of high gross margins, large exposure to alternative accommodations, the ability to quickly reduce its variable cost base, and a truly global footprint to diversify its exposure to localized Covid-19 flare-ups.”

When it comes to alternative accommodations, Booking stated that in the second quarter about 40 percent of its new bookings were for short-term rentals so it was able to navigate the massive hotel closures around the world better than some others.

However, by all accounts, Expedia Group’s Vrbo, with its preponderance of vacation rentals, as opposed to apartment-heavy Booking.com and Airbnb, has outperformed the field.

Booking Holdings CEO Glenn Fogel acknowledged last month that Booking.com is relatively weak in its roster of individually owned rental properties, and the Amsterdam-based subsidiary needs to work on improving its market share in the United States.

The company also faces obstacles in its strategic push to build “the connected trip.” If Booking is to indeed build more of a full-service offering, keep in mind that its Booking.com and Agoda subsidiaries have merely nascent flights features, the progress of which was torpedoed with the advent of the pandemic. Booking.com also ended up outsourcing a chunk of its tours and activities business, a key element of the connected trip, to TUI’s Musement.

Booking is in the process of executing its 25 percent workforce reduction, which understandably provoked the ire of many staffers. There was some sentiment among workers, particularly in Booking.com’s home base of the Netherlands, that the parent company should have invested more in employees instead of stock buybacks over the years. These tend to boost a company’s share price, and don’t hurt C-suite bonuses, either.

Going Head to Head With Airbnb

If Airbnb indeed goes public, then perhaps there can be more apples to apples comparisons between it and at least portions of Booking Holdings’ business, although the two companies are very different.

While both Airbnb and Booking are global, they are strongest in different geographies, and Booking has the advantage of being able to offer whatever kind of accommodation — hotel or short-term rental —that a traveler seeks. Airbnb may have a stronger global brand, which could be an advantage in reduced marketing spend with Google, although the jury is out on the long-term implications.

On the down side, though, Airbnb halted its investment in hotels and other new sectors when the pandemic hit.

If Airbnb does make its stock market debut, then Skift Research would be able to crunch its numbers, and place it on the Skift Health Score list.

More daylight would be a welcome result for those seeking to measure Airbnb against Booking, and other rivals.