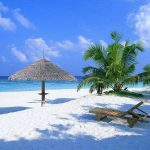 
Also known as Uguja, Zanzibar offers low prices and high adventure. Classic films had Bob Hope, Bing Crosby and Dorothy Lamour in the comedy “Road to Zanzibar”.   While their adventure included a cave  filled with skeletons and gorillas. Don’t worry! Only in Hollywood would that be likely.

Solo Travel Destination Exotic Zanzibar: Things to do and see:

Much of the earlier Arab influence and architecture remain with lots to see and do.

This local 4-star hotel is located in enchanting Zanzibar. It makes the perfect rest and relaxation/extension to a safari. Whether you start in East Africa or the south, this is the perfect way to finish your trip.

Fiji is not actually  “an island” but a series of islands to choose from. Best known are: the Yasawa Islands, the Mamanucas, and the Northern Islands.

Almost 4,000 years ago, Melanese settlers arrived in the Fiji Islands. The first Europeans did not “discover” Fiji until the mid-17th century. While Capt. James Cook sailed past in the late 18th-century. However, shortly thereafter in 1789, the legendary Capt. William Bligh made his way through the islands. Three years later he went back to explore Fiji.  Following the late 19th century arrival of British settlers, Fiji became a British colony.

During World War II, the Allies occupied the islands with Fijians actively participating in the battle of the Solomon Islands. The subsequent journey to independence as a democracy has been a long and rocky one. The 1966 constitution provided the legal framework. In 1970, Fiji became an independent member of the British Commonwealth. However, after Fiji declared itself a republic in 1987, several coups followed. A new constitution was drafted  in 2013 followed the next year by elections.

Unlike the famed Hawaiian Islands, the Fiji Islands are almost endless. The chain is made up of more than 300 islands. Only about one-third are inhabited. With that many choices, it is easy to get away from the crowds. You might even want to stay in an uninhabited island. Perhaps you can find an island for sale?

Fiji: Things to Do and See:

You can have a true active, adventure vacation for singles!

Alternatively, you can have a more tranquil Pacific Island vacation.

Whether you are a beachcomber at heart or an insatiable adventurer, Fiji is a tropical paradise for everyone, including solo travelers.

Sri Lanka’s early history dates back 2,000 years. Major migrations came from India. However, in subsequent years, the country was at the crossroads of many other countries’ trade routes. As a result, Sri Lanka has certain key differences from India. Beyond language, Sri Lanka’s predominant religion is Buddhism while India’s is Hinduism.

The sixteenth and seventeenth centuries saw the arrival of the Portuguese. Foreign traders were enticed by the ready availability of local spices and elephants. At that time, Sri Lanka’s capital was based in Kandy where its kingdom had its stronghold. However, independence was not to be as the Dutch and its Dutch East India Company wrestled Portugal’s hold on the country from 1658–1796.  The center of power shifted from the traditional capital of Kandy to Colombo where the Dutch governor was based.

The allure of Sri Lanka’s almost unlimited crops led to the arrival of yet a third European power. From 1796–1900, the British East India Company replaced the Dutch and renamed its new dominion as “Ceylon”. World War I and II led to a greater push towards a more independent status.  In 1948, the country of “Ceylon” achieved independence. At that time, exports of tea, rubber and coconuts continued to be strong sources of revenue.  By 1972 a new constitution was approved, and the country became known as “the Republic of Sri Lanka”. a British Commonwealth Nation.  A period of political unrest began in the 1980’s between Tamil and Sinhalese communities. The 21st century began against the backdrop of such unrest and civil war. The 2004 tsunami added an enormous natural disaster with loss of tens of thousands of lives.  In mid-2008, the civil war finally came to an end. While the country has stabilized, on Easter morning 2019, hundreds were killed or injured by eight explosions near hotels and churches in Colombo. As the 2020 global pandemic reached Sri Lanka, they took quick action credited with keeping the coronavirus rate lower than in other Southern Asian countries.

Sri Lanka gives you five trips for the price of one!

What makes it easy, too, is that you can get a feel for most of the country in one stay. Then you know right away where you want to go back to or combine with an exotic add-on like the nearby Maldives.

Maldives is a popular year-round destination offering white sandy beaches, clear blue waters and great visibility underwater. While excursions can be had from almost anywhere in the island nation, Maldives is also known for its great assortment of liveaboards catering to all kinds of budgets for adventurers, divers, surfers, honeymooners, luxury seekers and more.

The liveaboards come in various shapes, sizes and standards. While some offer affordable options, others are accompanied by extravagant settings complete with spacious accommodation, vast sundecks, lavish buffets, fine dining with the finest wines, and luxury spa treatments.

A cruise on a liveaboard is an ideal way to explore the country; you are on the move throughout your holiday. It is much like a floating resort with different experiences onboard and offshore, offering you a glimpse of the colorful local life.

Most routes are through the central atolls but several of them cruise through the southern and northern atolls as well. The standard tour is around a week but depending on your itinerary and requirements, and if you would like to take a more extensive route which covers more islands and atolls, it varies.

Some stopping points are great for island hopping, barbecues on the beach, snorkeling in the beautiful reefs and more. Visits to resorts can also be arranged and if you are looking for a romantic getaway, plan your trip around visiting an isolated sandbank, complete with the works. For photographers and videographers, this is also a good opportunity to whip out their cameras and take beautiful pictures.

Dive sites and surf breaks are numerous and for tourists who wish to get a taste of what they have to offer, liveaboards are ideal. Diving on a liveaboard is a top notch experience as most of the vessels are well equipped with high quality diving equipment and staffed with professional guides. The support dive vessels provide easy access to dive sites and snorkeling spots once your vessel anchors at various points along its route. This is exciting because it allows you to visit not only spots renowned for its colorful flora and fauna, but shipwrecks as well. It would certainly not be a surprise if you meet marine life such as turtles, manta rays and whale sharks along the way.

For the ones looking for a complete rejuvenation of the mind, body and soul, there are vessels offering spa treatments and wellness activities as well.  Indulge in daily spa treatments or take your mind off the mundane responsibilities of life as you lounge on a sundeck, sipping on a sunset cocktail or take out your yoga mats and enjoy a good session of stretching as the sun rises from the horizon.

In Maldives, there is something for everyone. Liveaboards are the pinnacle of combined concepts – guaranteed to give you a beautiful experience filled with memories to last a lifetime. For other options, go back to our home page. Use our Booking.com search box for other listings and daily prices from 5 star to unrated home stays.

For more options, go back to our home page. Use our Booking.com search box for other listings and daily prices from 5 star to unrated home stays. For tours/cruises, go to our free search tool, the Solo Travel Pricing Tracker, for no (or low) single supplement offerings.