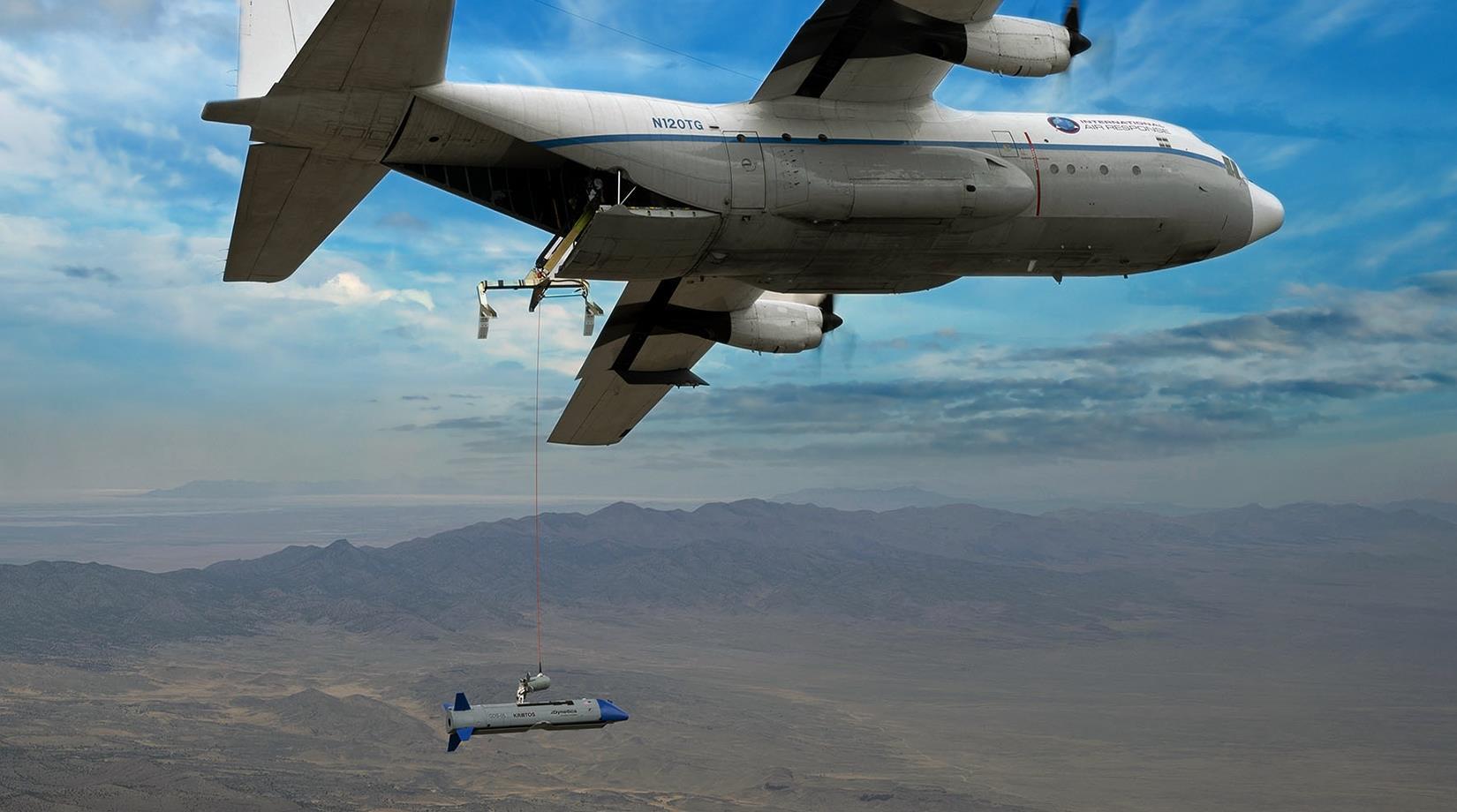 
Dynetics completed a second flight test of the X-61A Gremlins unmanned air vehicle (UAV) at the Dugway Proving Ground in Utah in July.

The company aborted an airborne recovery of the drone for an undisclosed reason, it says on 26 August. Dynetics says it will attempt to recover the UAV in flight before the end of the year. For that aerial recovery, the company will use a towed docking system which will be extended out of the cargo ramp of a Lockheed Martin C-130.

The Pentagon’s Defense Advanced Research Projects Agency runs the Gremlins programme. The initiative is trying develop and test low-cost UAVs that could be air-launched and air-recovered in swarms. The drones could be used for a number of missions including as decoys, electronic warfare vehicles, surveillance platforms or loitering munitions.

The second test of Gremlins was originally planned for last spring, but was delayed due to the coronavirus pandemic. Though the aerial recovery portion of the test was aborted, Dynetics notes that all aspects of the Gremlins system were engaged, including aerial launch and recovery system, the airborne operator control station, and the UAV command, control and communications system.

The company says it believes that testing done in July should lower risks for the recovery demonstration later this year. The first test of the Gremlins system in November 2019 was only partially successful as the UAV’s main parachute used for landing – in place of aerial recovery – did not deploy and it crashed into the ground.

“We have taken a major step forward towards accomplishing airborne recovery, and we are ever so close to achieving it,” says Tim Keeter, programme manager for the Dynetics Gremlins team. “Our second [X-61A Gremlins Air Vehicle] flown to date performed very well, which increases our confidence in the X-61A.”

After launching out of the back of the C-130, the X-61A flew for 2h 12min, including some portions of the flight were it approached the cargo transport as close as 38m (125ft) behind and 38m below, he says.

“Multiple captive tests were also conducted for the first time, with actively-controlled [X-61A Gremlins Air Vehicles] attached to the stabilised towed docking device,” says Keeter. “This demonstrated the ability of the recovery system to safely reel in and stow [the X-61As] once they have docked. The data collected from these tests will provide the necessary information to perform final tuning of [Gremlins Autonomous Docking System]”.

The UAV recovery system is designed to roll-on and roll-off the cargo ramp of the C-130 as a temporary retrofit.

“As we expected, reeling the [Gremlins Air Vehicle] in while docked on the Bullet [catching mechanism], and then securing it inside the C-130 cargo bay is a safe and benign activity,” Marvin Hill, Dynetics X-61A recovery system chief engineer says. “It’s like fishing in the sky, except the fish weighs 1,200lbs.”