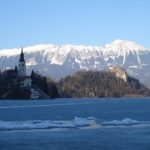 
Finding New Destinations-5 Offbeat Tips: For all travelers but especially solo travelers, the choice of destinations can make or break your trip. It is key to avoid wasting time and hard earned cash. With the high cost of air travel plus for many, the loss of limited vacation, we are always looking for ways to save and savor each trip.

Here are some of our tips how to find the right new destinations.

According to Google, these are the 20 tiniest nations on the globe:

Monaco: A great day trip or night out! I recommend Monaco as an extension to a trip to the South of France. There is a local train with very inexpensive tickets. For those with an open-ended budget, you can always take a taxi round trip from nearby south of France for an evening at the casino. Spoiler alert: James Bond fans may be a little disappointed. The atmosphere is much more casual now with almost no sightings of guests in black tie and chic Paris couture. The harbor is worth a real tour and potentially the opportunity to go for a sunset sail. For me, I preferred a daytime stroll through the village markets, the cathedral and a tour of the “pink” palace.

Located within Italy, San Marino is an ideal way to have an “Italian” vacation at a real savings. It is nestled in the Northeast corner of Italy near the Austrian border and is just 11 miles from the popular beaches at Rimini. Local historical sites date back to the time of Tiberius while also going forward centuries to include multiple palazzos, churches and cathedrals and even the 19th century neoclassical Teatro Amintore Galli.

Malta has become a very popular destination for solos and others whether as a port during a cruise or a standalone vacation. Famous residents have included the UK’s then Princess Elizabeth II and Prince Philip who lived there as newly weds. With three UNESCO World Sites, including its capital city of Valletta, Malta is a rich destination with ancient history that dates back to the Romans. Many well-preserved architectural monuments and sights remain from the medieval period through the 18th century Manoel Theatre and Museum. Divers and adventure seekers will have multiple caves and underwater caves to explore. For a relaxing break, beachcombers, sailors and general sightseers will have three islands to explore with easy access by ferry.

St. Vincent and the Grenadines

Barbados and Antigua were part of my first trip outside the US. On a student exchange program in Trinidad and Tobago, our return included several days in Barbados, Antigua and Jamaica. Barbados and Antigua have a very different feel from each other. Barbados can be very elegant and pricey reaching $600/night or as low as $58 in May. Antigua can now be as costly but does also have some options for a studio.

I discovered Andorra on a ski trip with a group from Washington. It is the perfect way to combine a trip to Barcelona, Spain with a world class trip to Andorra’s slopes with the best indoor and outdoor options. In Andorra, as an “Intermittent Intermediate”, I joined a multinational ski class in the mornings and skied with one of my Dutch classmates in the afternoon. Even after Aspen, Vail and Tahoe, this seemed equal to me for its vastness and quality of the snow. Not an ice patch in sight! There are also many places to stay economically in the quaint villages and at the base just outside the main entrance to Andorra.

What comes to mind: All the “stans” from Kazakhstan, Uzbekistan and Turkmenistan, plus Armenia and all of the former nation states of Yugoslavia. Early on, I journeyed through the latter. I started with Serbia and went overland by car to Croatia and Montenegro. Although Croatia is likely the best known of the region’s new tourist draws, I was most intrigued by Montenegro. At that time, it was very remote and the most exotic. Little English was spoken, and the only tourists I met were from nearby in Europe. The landscape was breathtaking and being in an area off the beaten tourist path made it very special. I later added Slovenia. I had a wonderful trip from the capital Ljubljana to fabled Bled and on to ski the Julian Alps and found a warm welcome everywhere. The good news about “new” nations is that they tend to have retained much authentic culture, have fewer crowds and be cheaper thereby fitting into a range of budgets!

What I remember most on arriving was being told (for the first of many times), “You will be 10 hours by fast boat from the nearest hospital so be careful”. I joined 14 strangers in a very, very small boat to make I way up for 1-2 weeks deeper and deeper into the rainforest.  Each morning in total darkness, teeter- tottering over the river as I made my way up a narrow outside staircase to start the find the galley’s freshly brewed coffee. When we swam in the Amazon River, I was relieved when two of our passengers “survived” piranha nibbles without requiring that we turn the boat around to find medical attention, of course, ten hours away!

One of the great adventures of my life was several years ago when I vacationed in the then unknown island of Rarotonga, It is about one thousand miles from American Samoa. It had everything I could hope for: a Pacific Island miles from anywhere, endless beaches and an ancient, but still living, language and culture. My keenest memories range from galloping on horseback along the beach to finding myself dancing in a local hot spot and learning that a pareu (Polynesian sarong) is bet worn with a carefully placed safety pin!

Although it is now popular with tourists from New Zealand and Australia, how did I ever find it? I had been longing for an exotic trip to Tahiti. However, at that time, the daily hotel charge was three times my budget. I contacted a key air carrier in Oceana, Air New Zealand. As I explained my dilemma, they quickly queried: “Have you considered Rarotonga?”. I immediately confessed I had not. (What I really meant was that not in my wildest dreams had I heard of such a place!) I signed on for a Pacific adventure of about 17 days. From Washington, DC I flew to Los Angeles; visited Disneyland and flew on to Auckland, New Zealand With a whole day to spend at the latter destination, I found a willing cab driver who would take me around the North Island for the day. Yes, it is true: There are more sheep than people in New Zealand. I had a quick tour from the countryside to Rotorua. By evening, I was back on Air New Zealand to fly three hours east to the island of Rarotonga.

“Secret” islands: More on the Cook Islands (Rarotonga above): From Rarotonga, I took a small plane to the neighboring island of Aitutaki. At that time, it was sufficiently remote that there was just one bank, Bank of New Zealand. It was open one day a month. There were no ATM’s. If you missed it, you would have to wait another month! The only quick way there was from Rarotonga via the small local airport. You could catch a mosquito-sized 6 seater airplane there to arrive in Aitutaki. I did have some misgivings when I saw the plane. My confidence in its safety wasn’t improved when each passenger was asked to get on the scales so that we could be weighed individually. From Aitutaki, I joined a day sail to an uninhabited atoll. I did manage to get there and back with only a minor challenge…While strolling the beach barefoot, I discovered that a recent visitor had left behind hot coals partly covered up in the sand. Their barbeque was my misfortunate. Although I could still walk, I wasn’t looking forward to wrestling my shoes back on. Luckily, the return flight was really informal. They still welcomed me back unshod for the flight back.

For more information, see our Blogs and Packages, including Slovenia,  10 Solo Travel Destinations in North America,