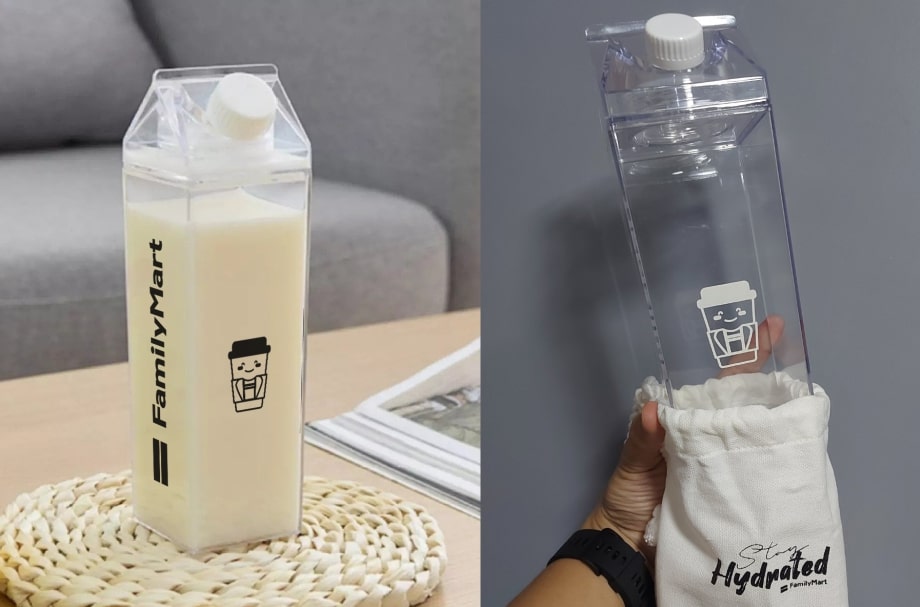 
Team Out of Town Blog Hub (Outoftownblog.com) – The local franchise of Japanese convenience store brand, FamilyMart, is giving away free acrylic bottles for a minimum of Php 2,000 worth of products purchased at its Metro Manila stores.

Featuring Kohi-san, an original FamilyMart brand character, the limited edition bottle is available for redemption until January 31 at any of the 48 FamilyMart stores in the metro. It can be filled with water, milk, and other beverages, hot or cold.

“For the past years, FamilyMart has been actively improving its offerings and building better customer experience to be able to delight them beyond the typical convenience store transactions. Hence, in line with our goal of providing products and services at the best value, we are gifting our loyal customers with branded, limited-edition FamilyMart merchandise,” FamilyMart General Manager Celina Matias said.

Last year, FamilyMart offered limited-edition merchandise such as umbrellas and face masks featuring all the brands’ characters. The initiative was part of the company’s strategy to build a stronger relationship with its customers through a value-added brand experience.

True to its Japanese roots, the brand also started its own comics series regularly published on its official Facebook page, showcasing slice-of-life and daily routine depictions of FamilyMart characters.

The FamilyMart Company, Ltd. is a Japanese convenience store franchise chain. FamilyMart is Japan’s second-largest convenience store chain, behind 7-Eleven. There are now 24,574 stores worldwide in Japan, Taiwan, China, the Philippines, Thailand, Vietnam, Indonesia, and Malaysia. Its headquarters is on the 17th floor of the Sunshine 60 building in Ikebukuro, Toshima, Tokyo. There are some stores in Japan with the name Circle K Sunkus under the operation of FamilyMart.