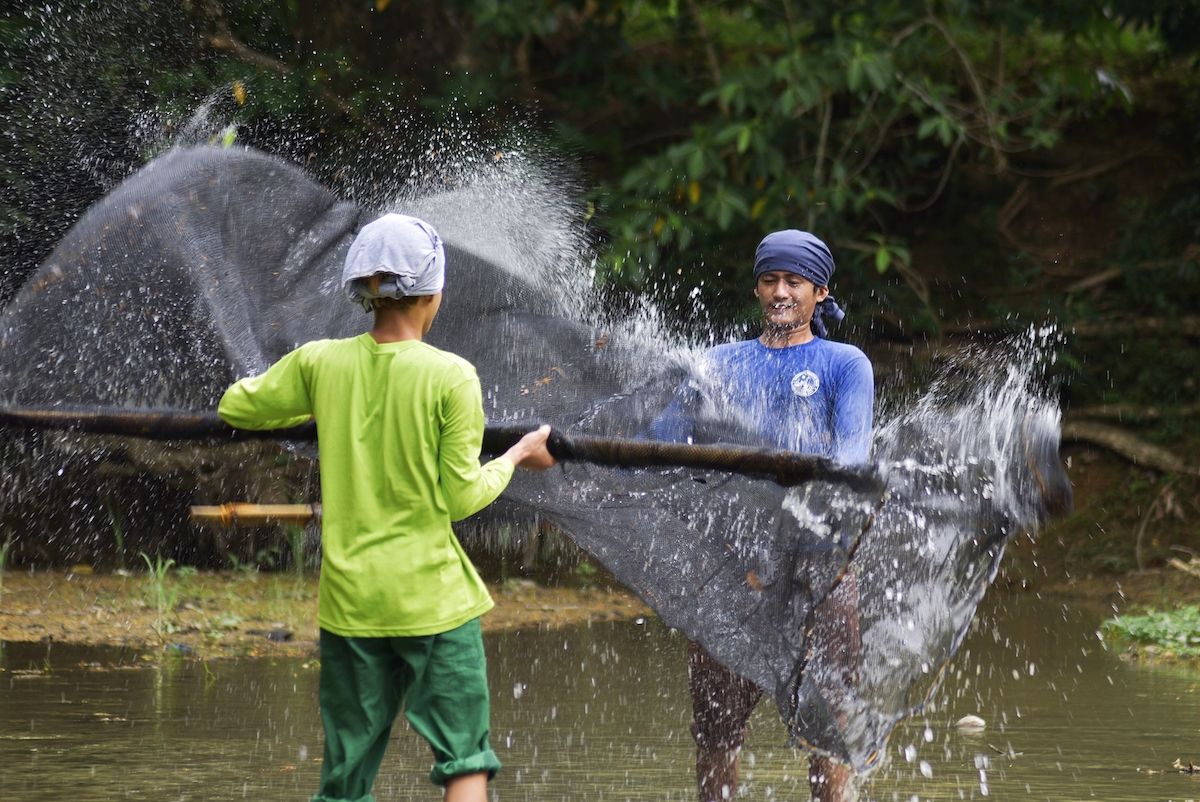 
John Lister Mondia, the 3rd honorary winner of the Photo Essay Contest organized by ASCCA-Romblon, beautifully depicted his hometown’s simple and noble lifestyle that he is truly proud of–from net fishing to making banana jams. He also shared in his essay that despite the difficult conditions that some of them are now experiencing nowadays, they continue to uphold their value of being hardworking. ?Read his entry written in his mother tongue and translated in the English language:

The old people used to say that as long as you work hard, you can survive.

That’s the line I never forgot when I was young. Life is so simple; you can just work and have rice to take home in the afternoon, the family is happy. Going to the river for net fishing when there’s a flood, you will have a dish if it’s raining and you have no rice to cook, cut some bananas and make banana jams. People are always laughing; you can’t see any signs of problems. They are all helping each other and sharing with each other.

But nowadays, you’re poor if you don’t have delicious dishes. It’s tough to live if you don’t have work outside. Even if you’re a hard-working person, your money won’t not enough because the products are so expensive. Life is not simple already, and all of the things are getting difficult, with people always have problems in paying debts. The rivers have no fish, the people are addicted to gadgets. Today you’re a hard-working man with a hard situation of living.

Even all of that happened, the life we once lived will not be lost over time. We will not leave the culture we are used to because it has become part of our daily lives.

About Asi Studies Center for Culture and the Arts (ASCCA) – Romblon

ASCCA – Romblon is a chapter of Romblon Discussion List – Cultural, Livelihood, and Educational Assistance for Romblon (RDL-CLEAR), established in 1998. This non-profit organization aims to restore and promote the culture and heritage of the Bantoanon community. ASCCA has already hosted many workshops, conferences, cultural activities, and competitions to preserve Romblon’s nature, local languages, culture, and heritage and empower its community to pass its values to the next generation.

The Photo Essay Contest was organized by the social media arm of ASCCA-Romblon. It started to hold monthly online contests last February 2021 on its official Facebook page for the Romblon community. Each contest aims to inspire fellow kasimanwas to showcase their talents and promote their own language, culture, and heritage at the same time. Follow our FB page at https://www.facebook.com/asilanguagewarriors/ for future contests and updates.