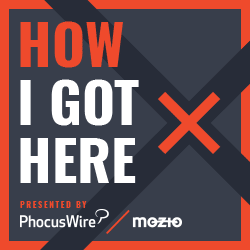 Ben Baldanza is credited with transforming Spirit Airlines into an ultra-low-cost carrier and creating many of the strategies that its rivals have since copied. He talks to PhocusWire’s Kevin May and David Litwak of Mozio for the latest episode.

The so-called “Brat Pack of Aviation” – under the guidance of Bob Crandall from American Airlines in the late-1980s – have all gone on to become important figures in the U.S. airline industry.

But perhaps one of the quartet, which also included Tom Horton, David Cush and Doug Parker, who emerged as a true innovator is Ben Baldanza.

After leaving American Airlines in 1991, he had a string of executive positions at Northwest Airlines, Continental Airlines and Avianca and U.S. Airways before landing the stewardship of Spirit Airlines.

Spirit’s new private equity owner gave Baldanza the freedom to put in place some of the most dramatic changes ever seen in U.S. aviation (mirroring many of those at Ryanair in Europe), giving him a reputation as an innovator with an edge.

He left Spirit in 2016 and now has a number of board positions, an academic role at George Mason University and his own aviation podcast, called Airlines Confidential.

Baldanza joins us as the latest guest on How I Got Here.

How I Got Here, episode 32 – Ben Baldanza of Spirit Airlines