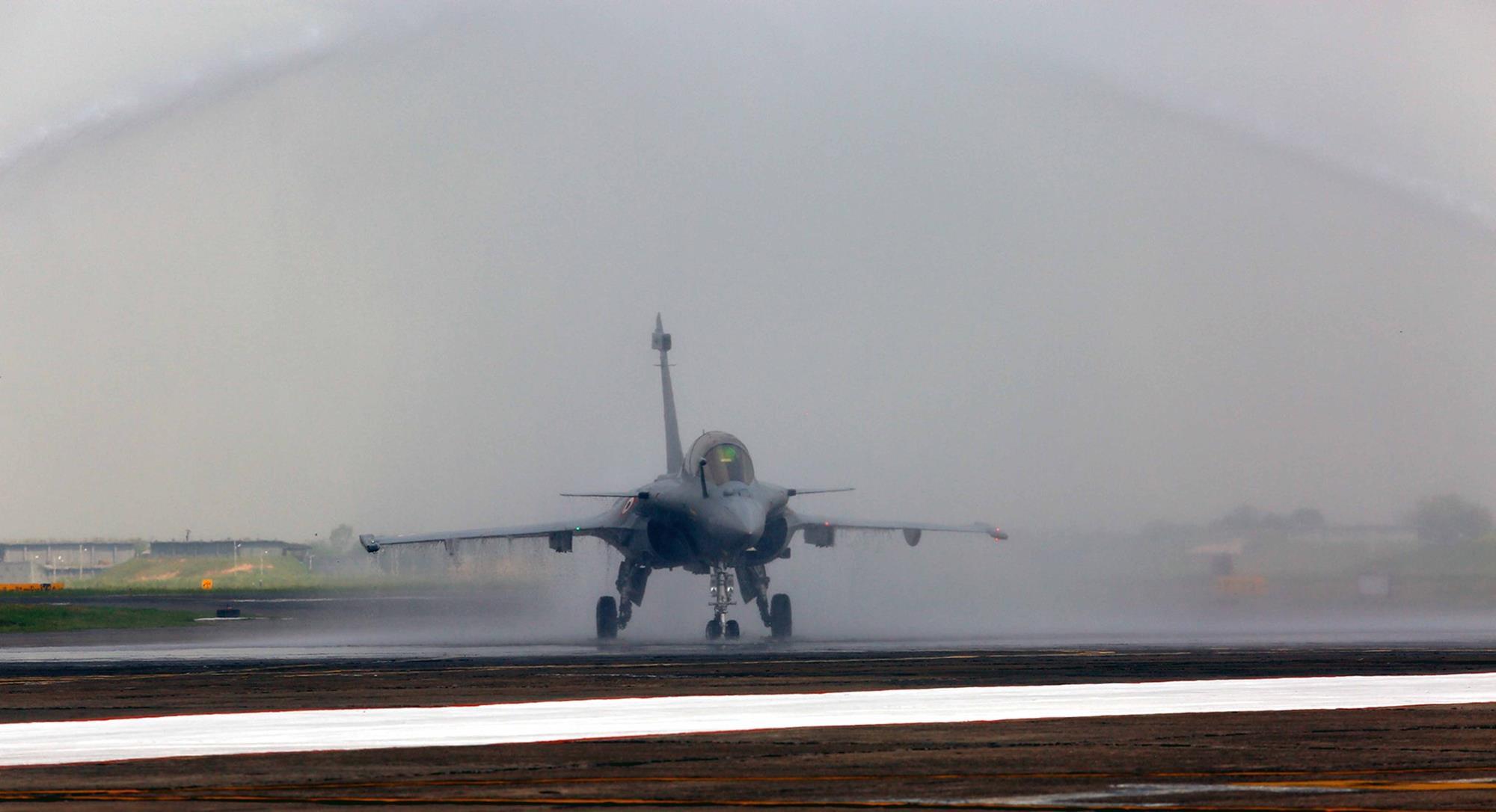 The Indian Air Force has inducted the Dassault Rafale fighter into its ranks at Air Force Station Ambala, as border tensions with China simmer.

The aircraft will serve in the air force’s 17 Sqn, says the IAF Facebook page.

They are part of a special 36-aircraft procurement signed in September 2016. This followed the collapse of the long-running Medium Multi-Role Combat Aircraft (MMRCA) competition, which could have seen New Delhi obtain 126 Rafales, of which 108 would have been produced domestically.

The induction of the Rafale comes at a time of heightened tension with Beijing over disputed territory in the Himalayas, where India and China share a vaguely defined mountain frontier.

On 1 August, Shiv Aroor of the Livefist defence blog posted an interview with retired Air Marshal Raghunath Nambier about the Rafale on Youtube.

Nambier also touched on Indian and Chinese air force operations at high altitudes in the Himalayas. He believes the IAF has a clear edge over the PLAAF, in that its air bases are sited at considerably lower altitudes, allowing its fighters to takeoff with greater payloads.

“[Most of their airfields] are at a 3.5-4km altitude, and there are serious penalties on the performance of their aircraft,” he told Livefist.