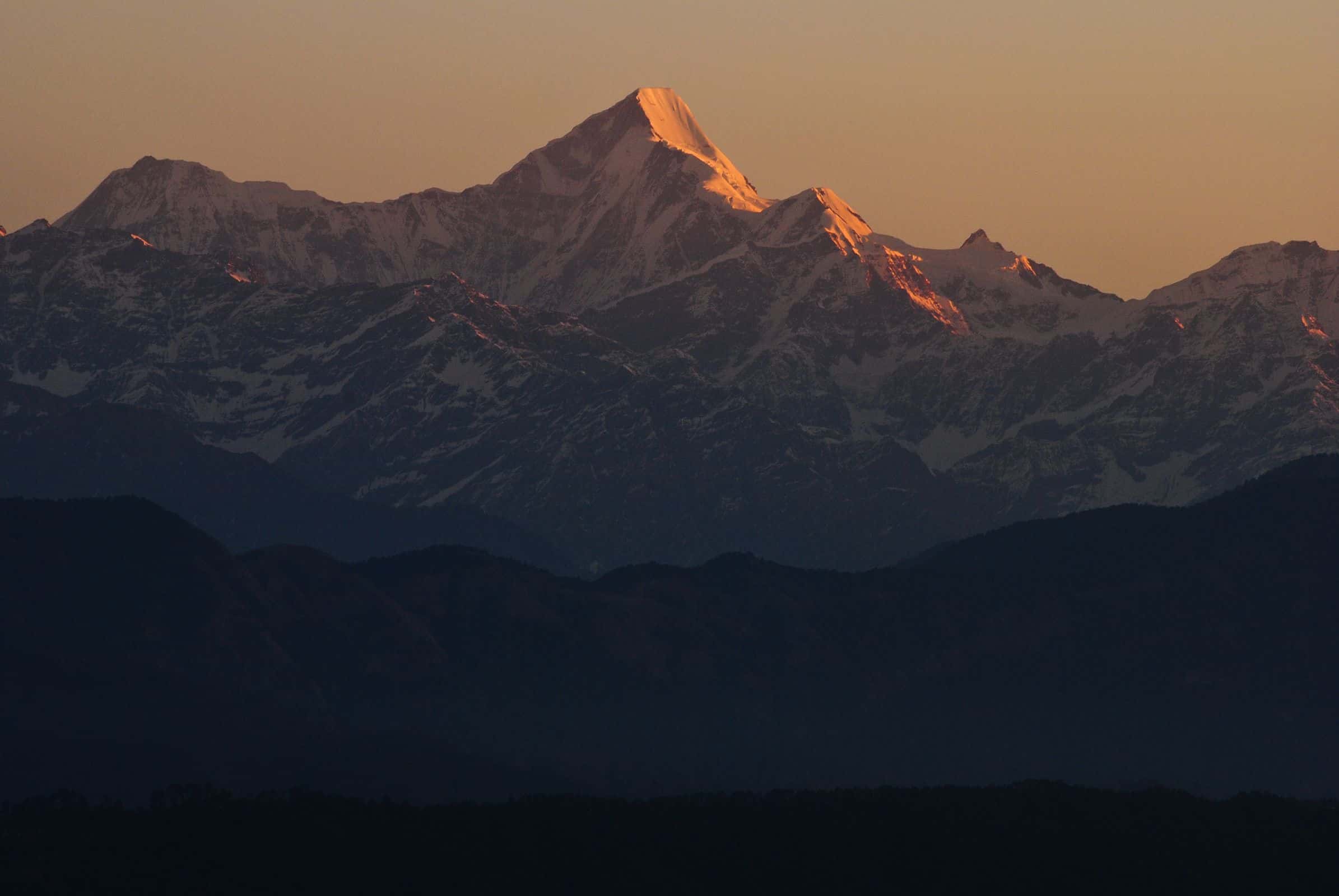 
Kasar Devi is a tiny hamlet, perched a mere 8 KM from Almora, in the stunningly silent hills of Kumaon, Uttarakhand. Uttarakhand is known for its many hidden gems – each turn can take you to the most beautiful of vistas. And, Kasar devi is no exception. The village gets its name from the namesake local deity’s temple of Kasar Devi. A Devi temple erected in her reverence is a popular pilgrimage destination in the vicinity of Almora.

The calmness exuberated at Kasar Devi is only superseded by the imposing panoramic view of the valleys, rivers and hamlets that surround the village. A must visit for nature and history enthusiasts.

The village of Kasar Devi is named after the temple dedicated to local deity Kasar Devi. The temple structure dates to the 2nd century CE. Swami Vivekananda visited Kasar Devi in 1890s, and numerous western seeker, Sunyata Baba Alfred Sorensen and Lama Anagarika Govinda. A place also known for Crank’s Ridge, just outside the village, which was popular destination during the Hippie movement of the 1960s and 1970s, and continues to attract trekkers and tourists, both domestic and foreign.

Kasar Devi came into prominence when Swami Vivekananda visited this place and meditated here, back in the 1890s. He was impressed by the place so much that he mentioned about Kasar Devi in his writings. After Danish mystic Alfred Sorenson (also known as Sunyata Baba) made Kasar Devi his home, this quaint hamlet attracted many western spiritual seekers to this place.

Then in the 1930s, Danish mystic Sunyata Baba (Alfred Sorensen) came here and lived here the over three decades, as did Ernst Hoffman, who became Tibetan Buddhist Lama Anagarika Govinda and Li Goutami. This led to a series of spiritual seekers from the west, visiting them. In 1961, Govinda was visited by Beat poets, Allen Ginsberg, Peter Orlovsky and Gary Snyder.

The Hippie Village of the 70’s

The quiet and calm atmosphere that encapsulates Kasar Devi has drawn many eminent artist, writers and poets and personalities. Bob Dylan, George Harrison, Cat Stevens, Allen Ginsburg and Timothy Leary are some of the well-known personalities to have visited Kasar Devi. Needless to say, but this was the Hippie Hill during the Hippie counter culture of the 70s.

In later history, at the peak of the Hippie movement, the area also became a part of the . Crank’s Ridge, colloquially known as Hippie Hill, which lies ahead of Kasar Devi became a popular destination. It became home to several bohemian artists, writers and western Tibetan Buddhists, and even visited by mystic-saint Anandamayi Ma. The ridge got its name amongst hippy circles, after American Psychologist Timothy Leary streaked here in the 1960s. Leary wrote majority of his ‘psychedelic prayers’ here.

Winters can experience snowfall, especially in December and January months. Summers are warm and pleasant with a maximum ranging around 25 degrees in the peak of summer and a minimum of around 9 degrees. The spring months of March – May bring with them cool temperate climate, which is similar to the post- monsoon months of September – November as well.

Monsoon is a tough time to travel in the hills and the roads can sometimes be battered. It is best to avoid this place then, if you are not an expert driver 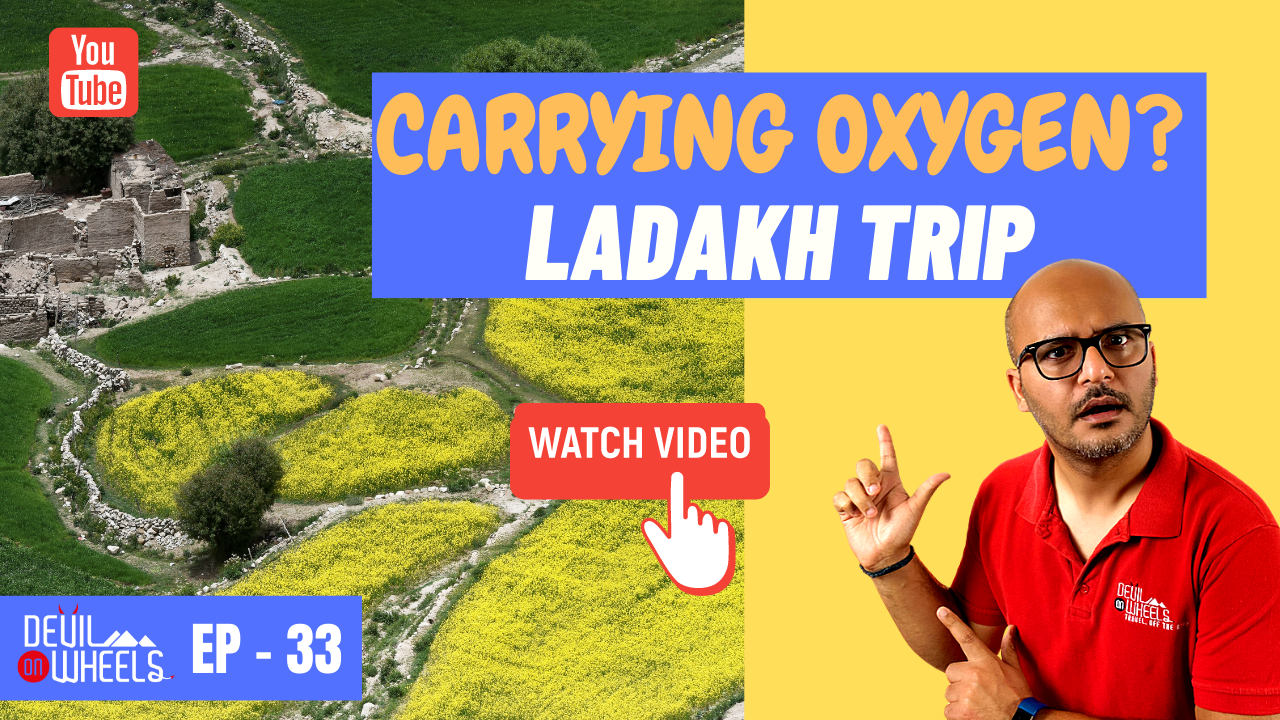 Spring, Summer and post-monsoon months make for the best time to travel to get the maximum bang for your buck. Also, the Kasar Devi festival is a great time to plan your holiday around.

Kasar Devi is situated on a hilltop, on the edge of a ridge off the Almora-Bageshwar highway on the Kaashay hills of Kumaon Himalayas. As it is situated above the ridge of Almora town, it is accessible through eight-km hike from Almora or 10 km by road.

The nearest airport is situated at Pantnagar, 124 kms away. You will be able to hair a cab to reach Kasar Devi via Almora. Buses are also available from Pantnagar to Almora and from there you may hire a cab to cover the remainder of your 8 KM journey.

Kathgodam is the nearest railhead to Kasar Devi, located about 88 kms away. Taxis and buses ply from Kathgodam towards Almora on daily basis. Ranikhet Express and Sampark Kranti Express are two trains to Kathgodam, with frequent routes.

As I said before, Kasar Devi is just 8 kms from Almora. Almora is well connected by motorable roads with major cities of northern India. You can ply buses to both Kathgodam and Almora from ISBT Anand Vihar, Delhi. To reach Almora, taxis, shared cabs and local buses are easily available in Kumaon region.

A quaint little town, sure, but, Kasar Devi offers a lot of natural value! Here’s all you can do and explore in the region –

The village is mainly known for this temple – the shrine dedicated to Kasar Devi. The temple itself, dates back to the 2nd century CE. A winding walkway from gateway on the main road, right the beginning of the village, leads up to the temple. The views from the temple are spectacular – views not just of Almora and the Hawalbagh Valley, but also of the panoramic view of the Himalayas from Bandarpunch peak on the Himachal Pradesh border to Api Himal in Nepal!

The temple consists of two different groups of temple – one dedicated to the Devi and the other to Shiv Ji and Bhairav. The main temple, i.e. that of the Devi, consists of akhand jyoti which has been kept aflame for 24 hours for many years. It has also a dhuni (havan kund) where wood log is burned 24 hours. It is believed that this ash of dhuni is very powerful. So much so that devotees believe that this ash can help cure many illnesses, including mental health issues.

While you can hire a cab to reach the temple – the best way to go is by – the views won’t disappoint.

A large fair, known as Kasar Devi Fair, is held at the Kasar Devi temple on the occasion of Kartik Poornima in the Hindu calendar, corresponding to November and December.

Exploring the village and understanding the way of life in the hills is a favorite thing of mine to. Villages such as Kasar Devi provides us with the unique opportunity to truly unwind and immerse ourselves in the local experience. Nature lovers particularly will be thrilled with the hugeness of the dense forests. Apart from that, you also get to know more about the Uttarakhand culture, its tradition and lifestyle.

Binsar Wildlife Sanctuary is just a spitting distance from Kasar Devi and an ideal spot for spotting exotic birds and wildlife. A pair of binoculars is all you need to spot wide range residential and migratory birds that visit the Sanctuary during the migratory season.

Due to its comparative anonymity, Kasar Devi has limited number of accommodation options available. Though, you may easily find a few budget as well some luxurious accommodations here, you just need to ensure you book in advance. For example, Imperial Heights Resort offers grand views of the Almora valley. Other accommodation options include Mohan Café, Kasar Jungle Resort and Kripal Guest House. As with most locations in Uttarakhand, you have the ready and dependable option of guesthouses.

You can also plan your travels in a way where you stay over at Almora.

Given the proximity to Almora, eating options are not an issue at all. You can easily find many cafes and restaurants on the Binsar-Almora Road.

Do try some of the local authentic almora delicacies when you’re here.

It is my humble request to anyone reading this to PLEASE not litter in the hills. Even if you’re going to touristy places and especially in far flung, isolated villages – please ensure you clean up after yourself. Carry a with you and keep refilling it. If you have to buy filtered water – please ensure you dispose it off properly. There are not cleanup crews coming after you to pick up your trash. It breaks my heart to go into the hills and see plastic bottles, cigarette butts, paper plates, half eaten food containers, discarded clothes and so much more filth strewn around.

I love the hills, as I am sure you do too! Let’s do our part in ensuring that when we return the next time the place is still the same. Anyone who travels through the hills is a part of a very sacred community. It is our duty to ensure the hills are clean for our community. We should not be making it difficult for people living in these villages in already tough circumstances! With folded hands, I request you to please clean up after yourself. 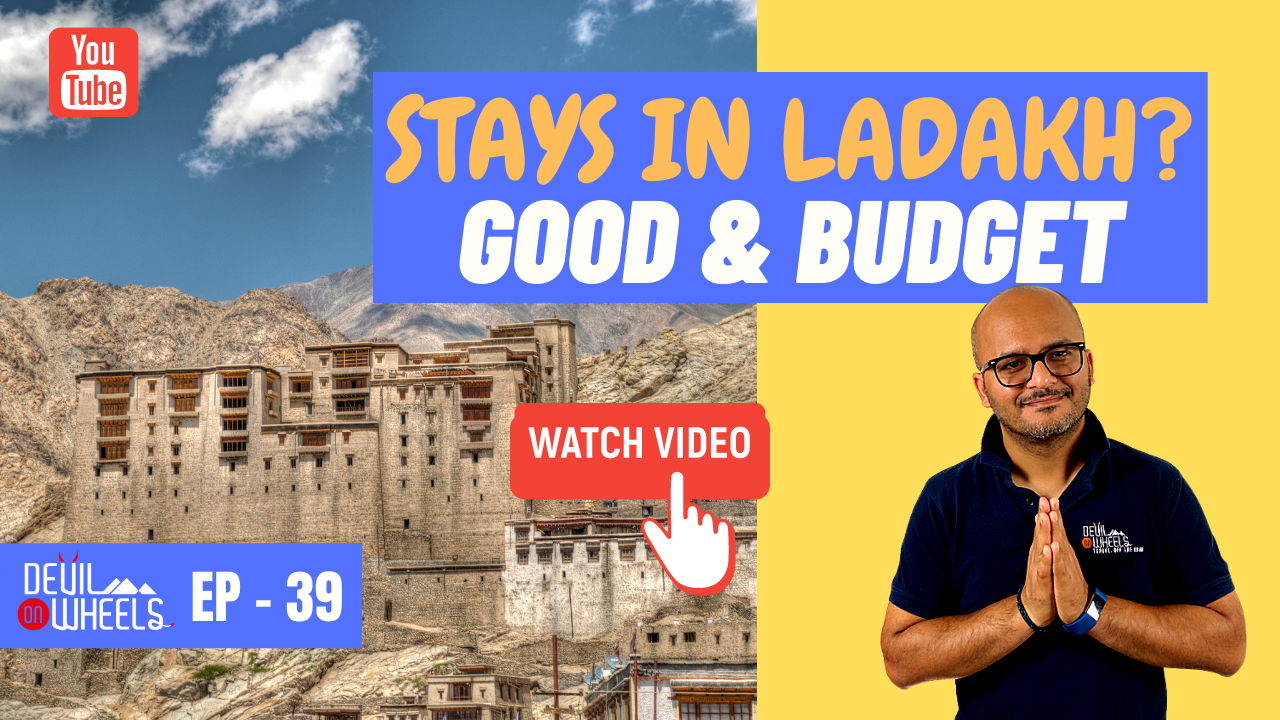 Kasar Devi, the former times Hippie Hill of Uttarakhand, has a lot to offer. No doubt because of its tranquility and stunning landscape – it gained popularity with the true peace lovers of the 70s. When you head on out to Kasar Devi, you’ll realize that Kasol isn’t the only place to seek peace – the hills have many a places for you to immerse yourself! I hope this guide on Kasar Devi was helpful to you! I am sure you would have more questions regarding the place – and if so, please do comment below and I will be happy to get into more details! Happy Travelling 