The innocent appearance of the landscape is more reminiscent of an English valley but the cement colored stones and brick red dust hides Africa’s most dangerous animals.  And nowhere in the world do they gather in bigger numbers. The herd’s number in the millions, the golden savannah speckled with black dots, that appear ant-like from a distance, huge columns of animals lead by one fearless and stalwart leade

The herd’s number in the millions, the golden savannah speckled with black dots, that appear ant-like from a distance, huge columns of animals lead by one fearless and stalwart leader. 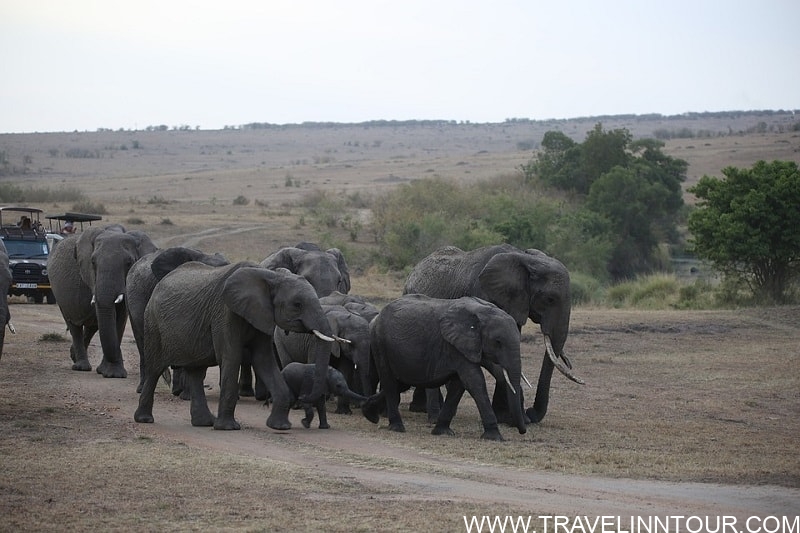 With such plentiful food supplies, lions spend less time hunting and more time mating, and the numbers increase year on year. So too, do the other predators, hyenas with their vicious killing techniques and their insistence on eating prey alive. The vultures slung limply across the branches of the fig trees until in unison they wheel into the air and take it in turns to approach the hyena gnawing on the bones of a recent kill. Hippos and crocodile fight in out in the Mara, Talek, and Sand rivers; vying for territory not food, but dead hippo is still a meal for crocodile.

In the Maasai Mara elephant families lazily traverse the plains, giraffes try to hide behind trees and rhinos skulk in the bushes grumpily hiding the herds.   The Maasai Mara may be famed for the great migration and those daredevil river crossings but the Big Five animals don’t disappear when the herds move back to Tanzania or on to other Kenyan conservancies. This circle of life is a year-long event and the Maasai Mara will be the safari of your dreams whenever you visit.

The Maasai Mara is a vast area, bordered by several conservancies (game parks) and the Serengeti in Tanzania. Three major rivers cut across the reserve: the Sand River which runs dry and those few daring (and ranger dodging) visitors may brave a swim.

The Talek River which then flows into the Mara River. Whilst the Mara is most well-known for river crossings, the animals cross the Talek too… but it is the Mara’s steeply ridged cliffs and cappuccino waters that make the headlines. The Mara River forms a natural barrier for the Mara Triangle, the triangle is the natural entrance and exit points from the Mara to the Serengeti, and this is where there is a higher concentration of all the animals. Despite this, the Mara Triangle is far away (many hours’ drive) from the main Mara gates and so tourist numbers are lower than in many other areas.

If you are staying within the park then heading for the Mara Triangle is a great idea, if you are staying outside the park then you may wish to explore the area closers to you. However, a trip across the reserve to the Mara Triangle is still a safari, and you are still likely to see many safari animals. If you are staying in a camp or lodge and have requested a guide, then take their advice. The guides know their area of the Maasai Mara inside our, they will know the leopard’s territory, the hippos favorite bend of the river, and the hyena den. You are likely to see much more under the guidance of a local that striking out across the grasslands for the Mara River and Triangle. 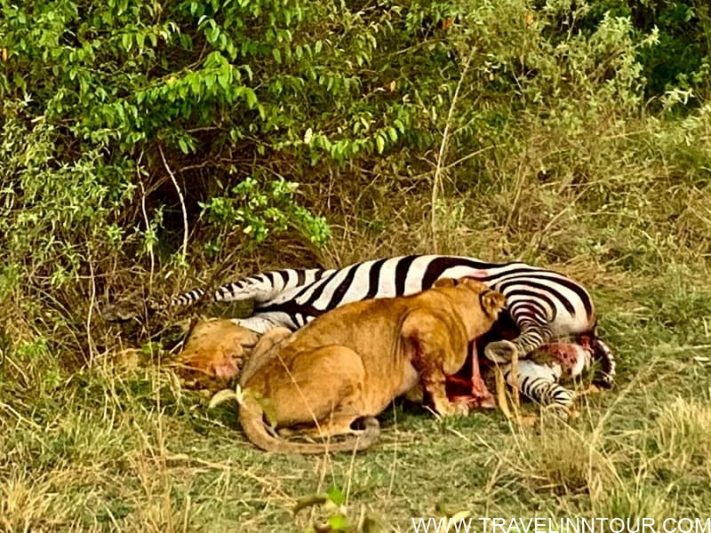 Where to stay in the Maasai Mara?

The Maasai Mara has a large number of lodge, camps, and campsites both in and outside of the reserve. You will generally pay more to be inside the reserve, the land is rented from the local Maasai people reluctantly and restrictions mean camps are being shut down rather than being open. Also, read our guide on How Much Maasai Mara Safari Cost.

The advantages of being in the park are many, but the most important is that you can be up and driving before sunrise and after sunset. A true Maasai Mara experience demands that you are up at dawn seeking out that lion kills and spend the sunset gin and tonic in hand, watching the big red Mara sun sink into the horizon.

Cottars Camp – is the original and many argue the best. This is a 7-star luxury, unfathomable luxury, service, and food in the Mara proper.  You will pay through the nose for it, but you will never forget your experience here.

Naibor Camp – a five star, high-end camp nestled on a bend of the Talek River. Sleep in real beds with high count cotton sheets, and hot showers, eat 3-course meals and relish an open bar.  Naibor is right in the center of the park, a prime location for game viewing.

Mara Serena Safari Lodge – for those of you who are uncomfortable sleeping in a tent with no barriers between you and the King of the Jungle then Serena lodges are a great option.  The Mara Serena Safari lodge is located right within the Mara Triangle but is brick built and offers hotel-style accommodation.  It has great facilities: pool, bar, restaurant and is very reasonably priced.

XX– A basic but very comfortable camp just outside the Sekanani gate. The camp is 5 minutes’ drive into the Mara and there are plenty of animals around to keep you on your toes. Safari tents with comfortable beds are available as well as an option to self-camp. A restaurant is open for residents as well as a self-catering mess tent if you prefer to do it yourself. Hot water showers and proper toilets.

How to get to the Maasai Mara?

The closest international airport is Nairobi, from here it’s a 4-hour drive to Sekanani gate on freshly paved and pothole-free roads.
Alternatively, you can take one of the very small light aircraft from Nairobi’s Wilson airport and there are several landing strips throughout the Mara. Tours can be arranged internationally or within Kenya or you can hire a car and self-drive.  The Mara roads can be formidable in the rains but generally are fine for a 4×4.

The animals are here all year. The great migration refuses to stick to the timetable and the animals cross any time between June and September. The long rains are in April/May and are the only time of year I would hesitate the recommend going as the rains are torrential and the black cotton soil of the Mara turns the roads into hazards, not to mention frequent flooding from the rivers.

Please share with your friends and family if you enjoy this safari tour. Your valuable comments are highly appreciated. 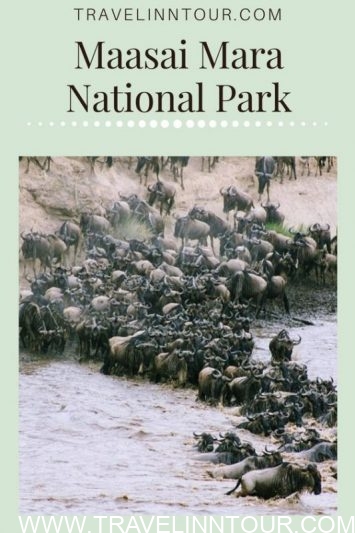