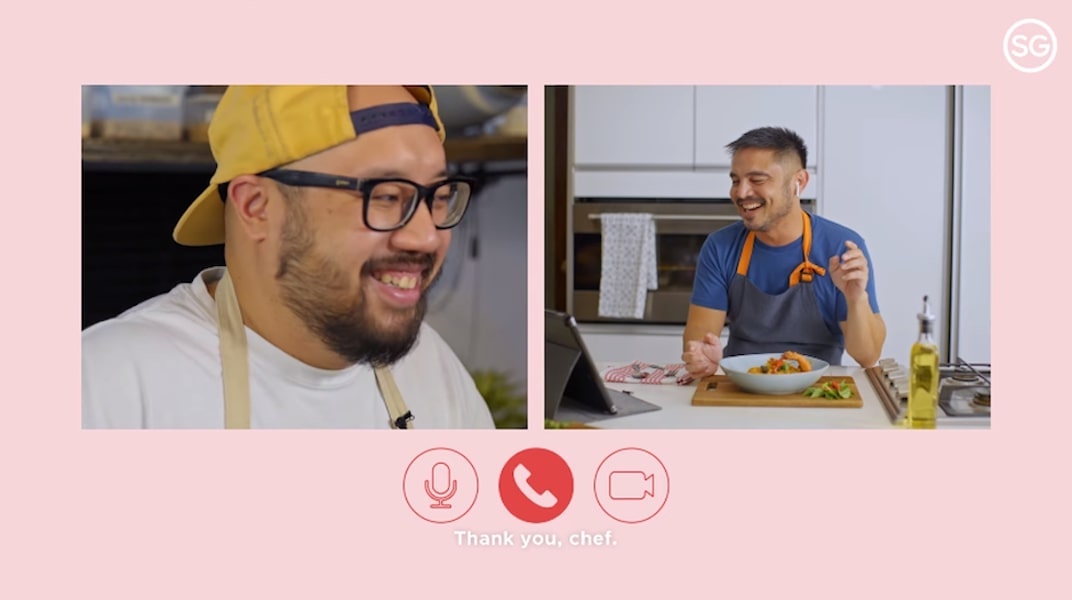 
Beyond its widely popular tourist attractions, Singapore has always been a top-of-mind destination for its melting pot of flavors and unique dining experiences. From its fine dining restaurants helmed by multi-awarded celebrity chefs to the family-owned heritage restaurants serving local fare, Singapore is always a hit among Filipino foodies. And while people wait for borders to open, they make up for the wanderlust by satisfying the craving with different recipes from around the world.

Blazing the trails of Manila’s gastronomic scene, celebrity and restaurateur Marvin Agustin set to whet the appetites of Filipinos with the exciting flavors of Singapore. In collaboration with the Singapore Tourism Board, Marvin is joined by Singaporean chef Bjorn Shen in the YouTube series Singapore Reimagined — where the two enlighten viewers about the Lion City through its popular cooking style, Zi Char.

Zi Char (pronounced as tse-chah) is a Hokkien term that directly translates to “cook and fry.” As part of Singapore’s tourism campaign, the web series will have Marvin Agustin and Chef Bjorn Shen reimagining crazy-delicious Zi Char recipes such as Cereal Prawns, Coffee Pork Ribs, and Seafood White Bee Hoon.

Zi Char dishes are usually found being served in humble stalls across the city. They are well-loved by many Singaporeans for their huge serving portions, great value, eccentric combinations, and comforting flavors following their home-cooked style. The dishes also make diverse and exciting must-tries, fusing various Malay, Indian, and Peranakan origins.

Zi Char has been a staple in the lives of many Singaporeans since the 1930s. Today, many next-generation chefs keep this cooking style alive with their unique and vibrant takes on heirloom recipes.

Marvin showcases his culinary flair in the Singapore Reimagined YouTube series as he reimagines popular Zi Char dishes using easily available ingredients and fusing Filipino flavors. Viewers can have a feel of being in Singapore’s beloved kitchens with the celebrity foodie discovering many new ways to serve noodles, seafood, and vegetable stir-fry, Zi Char-style.

“We hope that this video series will bring a taste of Singapore to all our Filipino friends. We invite everyone to join Marvin and Chef Bjorn on this journey to reimagine Singapore through the crazy deliciousness of Zi Char dishes,” said Ruby Liu, Singapore Tourism Board’s Area Director for the Philippines.

To give Filipino a crazier surprise, Marvin Agustin will make the Singapore Reimagined-featured Zi Char dishes available in his restaurant, Secret Kitchen, starting this May. Filipinos can also taste Marvin’s other well-loved creations of Marvin in his other shops, such as Cochi by Marvin and Mr. Vin Munchies. Find more information here!