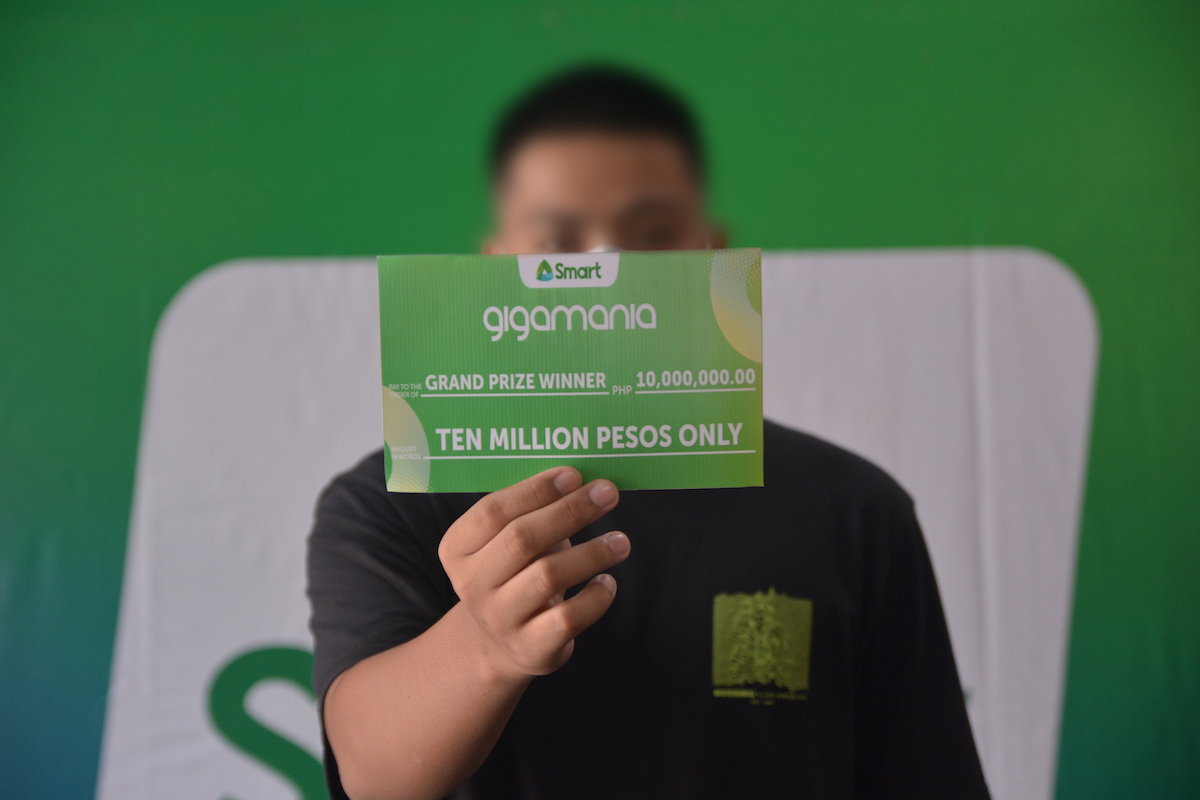 A loyal Smart subscriber since his high school days, the student had the faintest idea that his regular top-ups of GIGA promos for his college studies would be his ticket to a life-changing sum for his family.

Unable to contain his excitement, he rushed to tell his aunt, who also responded in complete disbelief.

“Hindi rin po siya naniwala hangga’t hindi niya nakikita yung announcement. Nung napanood namin ulit, sobrang saya naming lahat sa bahay (She refused to believe I won until she saw the announcement herself. We were all ecstatic when we got the confirmation),” shares the winner, who also says it was his first time to ever join a raffle promo, making his win even sweeter.

“Hindi rin talaga ako nag-expect manalo talaga (I did not expect to win)!”

Asked about what he plans to do with his prize, he reveals he might put up a business selling motor parts and accessories then set aside the rest for his savings account.

Turning lives around with GigaMania Promo

The student joins other Smart subscribers who recently turned their lives around by becoming instant millionaires of the recently-concluded GigaMania promo.

Smart’s big way of giving back to its 72 million subscribers, the GigaMania promo offered P30 million worth of prizes and weekly freebies to customers from December to April 2021.

Aside from the grand winner, 20 other subscribers won P1 million each in the weekly raffle draw. On the other hand, all the 72 million prepaid subscribers of Smart, Smart Bro, and TNT were a given chance to enjoy instant weekly freebies and treats in the form of SMS, calls, and data just by using the GigaLife App.

“We’re always grateful to the continued support of our subscribers, and GigaManila has helped us fulfill our aim to delight and inspire them especially during these trying times,” said Jane J. Basas, SVP and Head of Consumer Wireless Business at Smart.

“Our customers can expect more exciting and rewarding experiences as we roll out more useful features and lifestyle perks in our GigaLife App,” she added.

Know more about the latest offers and exclusive promos of Smart by downloading the GigaLife App on Google Play Store or the Apple App Store.