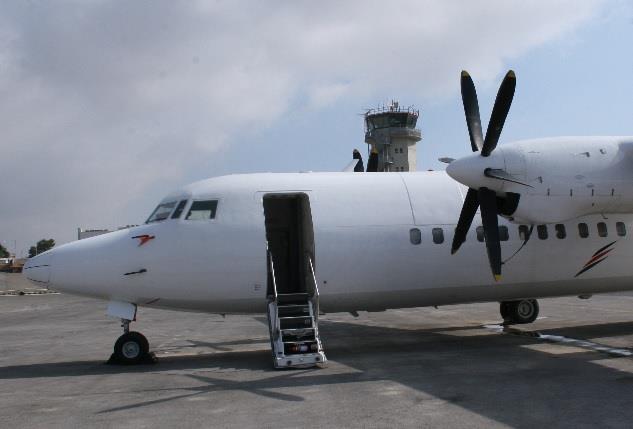 
Palestinian Airlines has put up for sale its pair of Fokker 50 turboprops, but insists its operation is not closing down.

The carrier commenced operations in mid-1997 with pilgrim transport to Jeddah.

It subsequently established its base at Gaza airport which opened the following year, but Israeli forces destroyed the runway in 2001 and forced the carrier to move to El-Arish airport in Egypt, some 45km away.

The airline has long held ambitions to expand, but has remained a small regional operator – its pair of Fokker 50s had recently been leased to Niger Airlines.

Palestinian Airlines has recently put both aircraft, serial numbers 20123 and 20143, up for “immediate sale”.

But the carrier’s engineering manager, Jamal Alamshharawi, tells FlightGlobal that the carrier is “not closing down”, but suspending the operation of its Fokker 50s owing to termination of the Niger Airlines lease, which it attributes to the coronavirus pandemic.

He says the turboprops are for sale, but the company plans to continue offering pilgrimage transport during the Hajj and Umrah seasons with leased aircraft.