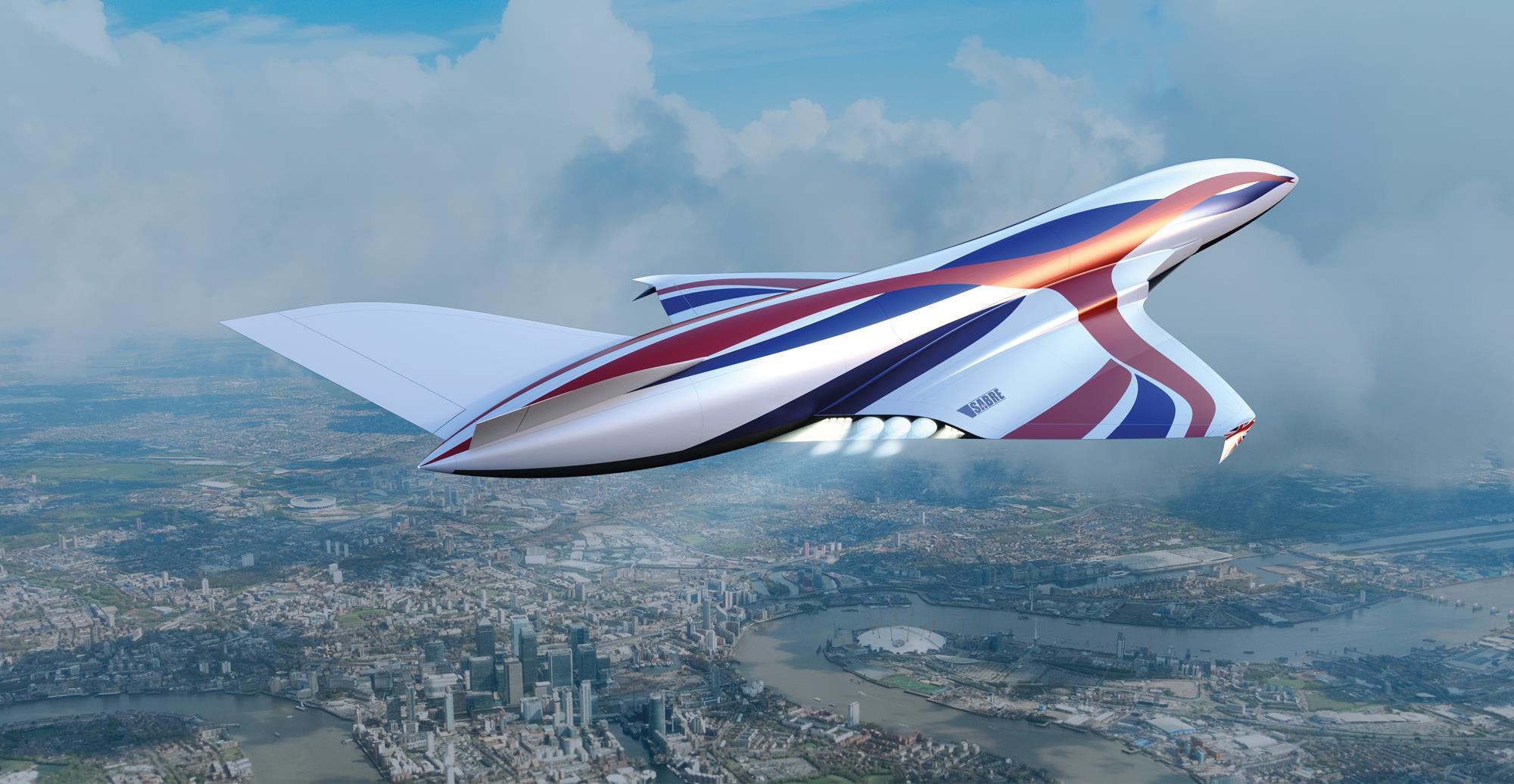 
A recent surge of interest in multi-Mach propulsion projects from Rolls-Royce is followed today by another technical partnership – which sees the aero-engine manufacturer deepen its partnership with Reaction Engines and its radical cooling technology.

Now, Rolls-Royce is increasing its investment in Oxfordshire-based Reaction Engines, which is developing a hybrid rocket propulsion system built around a radical air cooling technology which has been proven to work in the 1,000°C (1,832°F) air of M5, the point where supersonic becomes hypersonic.

Rolls-Royce and Reaction Engines will not be collaborating on rocket engines and M5 may be a distant goal for any gas turbine-powered aircraft. But both civil and military gas turbines and hybrid-electric systems stand to gain speed and efficiency from better heat management.

For Rolls-Royce – which has been working with Reaction Engines since buying an equity stake in 2018 – this “new strategic partnership… will further assist us as we explore opportunities in supersonic and hypersonic aviation”.

Mark Thompson, director of global strategy and business development, adds: “We will also explore the use of Reaction Engines’ technology within our aerospace gas turbines and its potential application in future hybrid-electric propulsion systems.”

Reaction Engines chief executive Mark Thomas tells FlightGlobal that a stronger relationship with Rolls-Royce will run parallel to its ongoing work to develop SABRE, the Synergetic Air-Breathing Rocket Engine that it hopes will enable a runway take-off and landing spaceplane to reach orbit without discarding rocket stages.

The key to such flight would lie in Reaction’s lightweight, compact pre-cooler capable of turning intake air into the liquid oxygen needed to fuel a rocket engine. That pre-cooler or heat exchanger is essentially a radiator made – using carefully protected techniques – of many kilometres of tubing the size of fine spaghetti with very thin walls; pumped through those tubes is cryogenic liquid helium, and so air flowing past them is cooled, if necessary to cryogenic temperatures.

As a company, says Thomas: “We like to keep things simple.” So, this new partnership with Rolls-Royce involves a straight £20 million ($26 million) investment for equity, as has been the case with all other investors – including BAE Systems and Rolls-Royce previously, whose 2018 investment terms were not disclosed.

Nor will work with Rolls-Royce restrict Reaction Engines’ efforts to commercialise its cooler technology in, for example, automotive applications. But while Thomas says work remains on track to have a SABRE prototype ready for bench testing by early 2022, the new partnership is the company’s best way through the “high” barriers to entry in aero-engines.

There are three routes to improving gas turbine performance with better cooling: reducing the temperature of inlet air, cooling hot-section turbine blades and extracting heat from the exhaust, to get work from heat that would otherwise be wasted.

Cooling inlet air is a project Reaction Engines is already working on. With Rolls-Royce, BAE Systems and the UK Ministry of Defence, the company is working on hypersonic propulsion concepts that could feed into the UK’s Tempest next-generation fighter project.

A SABRE-style heat exchanger could also feed cool air to hot-section compressor blades, which in current jetliner gas turbines run at temperatures above the melting point of the metals they are made from and so have to be cooled by pumping less-hot air through internal holes, the formation of which greatly complicates blade manufacture. Better cooling with colder air may permit even hotter combustion.

Another technique would be to use a heat exchanger to take heat from the exhaust and feed it back into the combustion chamber.

Use of waste heat has also been explored in a zero-carbon alternative fuel proof-of-concept study, with Reaction Engines assisting the UK’s Science and Technology Facilities Council at Harwell, near Oxford. Based on laboratory tests revealed in August, researchers say they believe ammonia could be a viable substitute for kerosene jet fuel; the trick is to take heat from the jet’s exhaust to warm ammonia, pass it through a catalyst to split it into its constituent parts – hydrogen and nitrogen – and then feed these into the combustion chamber. Hydrogen can be burnt like kerosene in a gas turbine, leaving exhaust of only water vapour and inert nitrogen. Oxford University professor Bill David says the tests produced an ammonia-hydrogen mix “that mimics jet fuel. Our next step is to scale up to small aviation scale and we are confident that we will achieve this goal.”

Any of those applications would be candidates for next-generation gas turbines, as they would likely demand substantial changes to engine and possible airframe architecture. Thomas stresses though, that work on next-generation engines “is something I’m very excited about doing”.

He reckons that the first aviation application for Reaction Engines’ cooling technology may be in hybrid-electric propulsion systems. These systems, he notes, promise great improvements in efficiency but pose daunting heating challenges.