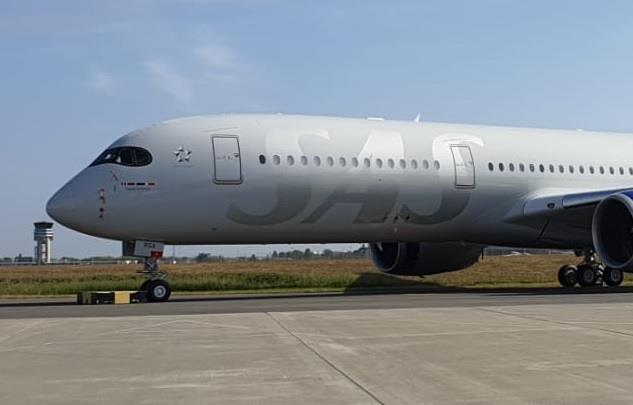 
SAS has pushed back deliveries of two Airbus A350-900s and eight A320neos, which will reduce the Scandinavian operator’s capital expenditure for 2021-24.

But the company insists it is “still committed” to achieving an all-Airbus fleet by 2023, to reduce fuel consumption and maintenance costs.

“We have made progress on our ambitious sustainability goals by accelerating the phase-out of older and less fuel-efficient aircraft,” says chief executive Rickard Gustafson.

“We have also renegotiated agreements with several suppliers, including wet-lease providers.”

SAS recorded an aircraft impairment of SKr1.04 billion ($118 million) for the third quarter to 31 July, its newly-released financial figures reveal.

This impairment relates to specific Airbus A330, A340, A319 and Boeing 737 jets, and has been “necessitated” by the “negative development in aircraft valuations”, it says.

The company’s pre-tax loss for the third quarter reached SKr2.07 billion and nearly SKr6.9 billion for the first nine months.

SAS calculates that the impact of the pandemic over the nine-month period amounts to SKr6.6 billion, with a SKr16.2 billion loss of revenues only partially offset by SKr3.3 billion savings in fuel and a SKr1.5 billion saving in personnel expenditure.

The company has recorded a SKr1.2 billion impact from discontinued fuel hedges over the nine months, as well as SKr7.3 billion in investments – including payments on three A320neos and four A350s.

It says it has kept its monthly operating cash burn to SKr320 million. SAS’s cash position at the end of the third quarter stood at SKr6.2 billion, including SKr3.3 billion under state-guaranteed credit facility.

SAS is relying on a revised recapitalisation scheme to restore equity and liquidity. The scheme has been backed by the Swedish and Danish governments, and approved by the European Commission.

Bondholders are set to vote on the plan on 2 September and shareholders will vote on 22 September, and SAS aims to complete the entire plan in early November.

SAS’s auditor, KPMG, has underlined the importance of the recapitalisation, stating that going concern is “dependent on a successful resolution” of the plan and that, until it is finalised, the uncertainty will cast “significant doubt” on the company’s continuation.

But Gustafson is optimistic over SAS’s prospects. Demand is slowly returning, in line with the company’s previous ramp-up estimates, with domestic travel and European summer destinations prominent.

SAS operated 25% of prior-year capacity in July and it expects to reach 40% by the end of the fourth quarter in October.

“It is difficult to predict how demand will evolve during the coming [autumn] and winter due to changed customer behaviour with bookings being made closer to the date of travel,” says Gustafson.

He suggests that “more normalised levels” for demand in the industry might be reached around 2022, with pre-crisis levels following “a few years thereafter”.

“We are making good progress in adapting our cost structure to a market defined by lower demand,” he adds.

“Although there are significant challenges ahead, I am confident that SAS will return as a sustainable and profitable airline following a successful implementation of the recapitalisation plan.”