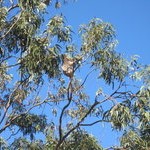 
Australia still stands out to me as a really top destination after traveling to 55 countries. Admittedly, the first challenge was getting there.  Although I was accustomed to long flights, I did get waitlisted for a business class upgrade. At final boarding, no upgrades remained leaving me in economy for the long haul but between meals, movies and sleeping, the time flew by. An added benefit? Having saved $1,000 + miles, I was flush with cash to use for side trips during my 16 days in Australia. On balance, I had come out way ahead.

Having booked a 5 star hotel on Sydney Harbor, I was pleasantly surprised when I checked in. My view of the Opera House was front and center. It was so close it looked like I was perched on the roof.  Within two hours of checking in, I was off in a minivan for a half-day tour.

Although the Sydney Opera House is the most photographed sight, there is one older symbol of the city: the Harbor Bridge. It looms high above the skyline. The brave-at-heart can take a long trek across the very top. One local guide recounted how he and his elderly mother had harnessed up and taken the tour together. For the rest of us, there were plenty of other options closer to street level: from the Quay, Darling Harbor, the Parliament House, the Sydney Zoo, St Mary’s Cathedral to Mrs. Macquarie’s Point & Chair or just strolling through the city’s local parks and sampling numerous nearby restaurants.

Of course as a first time tourist in Australia, kangaroo sightings were high on my wish list. Most were in zoos or outside the city, but their smaller lookalike cousin, the wallabies, like deer, lurked around the suburbs eating the flowers and plants.

After a few days in Sydney, it was time for a quick flight to Melbourne. As with faster-paced Sydney, I fell in love with Melbourne. Its Victorian architecture that stood alongside modern buildings was a reminder of Australia’s colonial history. Nonetheless, twenty-first century Melbourne is a cosmopolitan city. Its vibrant Chinatown quickly became my favorite spot for dinner.

Melbourne was a great gateway for ecotours. First, I connected with a day-long trip along the rocky Great Ocean Road and on a separate day made my way to Phillip Island. In addition to seeing koalas (don’t say bears) in the wild en route, Phillip Island is home to “Little Penguins”. They return from the sea in “rafts” at night. Although in August it was a slow season for spotting them, 1,000-2,000 appeared that night. In addition to watching from bleachers, tourists can walk alongside them on a low boardwalk while the penguins make their way through the sand back to their nests.

Having not yet had enough adventure, I was off to tropical Queensland and the Great Barrier Reef located off the northeast tip of Australia in the famous Coral Sea. As the only solo traveler on my tour boat headed for the Reef, I was the 201st passenger. No one has to dive or go in the water but can just take the boating tour, and if they like, the small submarine. The platform is like a large food court or mini-mall. (At the end of the day, before leaving the dive platform, we were all required to participate in a serious headcount. In the nineties, a well-publicized tragedy occurred when two divers were inadvertently left behind on a more isolated part of the Reef and never found.)

The Reef is not Queensland’s only attraction but also an ideal vantage point to visit the rainforest. When the train arrived, I joined forces with another tourist as a hiking companion. Having seen a television account of a couple who barely survived being lost for 4 days in a rainforest elsewhere, I was watchful following the standard path. We still became lost but instead of going deeper into the rainforest found ourselves beside a well-traveled highway. That was an ironic end to our ecotour. We did manage to find the gondola for the half-hour ride down. Even though I was accustomed to ski lifts and my fellow traveler had scaled the Harbor Bridge, we were both glad to reach the bottom after being suspended over the deepest gorge in memory. At one point we barely crawled as the gondola was enveloped in clouds with zero visibility. When I heard birds chirping as they flew by right outside, I could only guess how high up we were still.

One adventure still remained: Although it was winter, I had seen a manmade lake from the gondola with “boatless” water skiing, a new concept for me. The next morning before heading to the airport, I took a local bus out to the lake. It was cold enough to rent a wetsuit while the only skiers were teenagers with their parents looking on. I waited too late, and running short of time to get to the airport, missed my chance.

I don’t regret not climbing the Harbor Bridge but only regret not skiing without a boat and spending more time in the water at the Reef.

Although Australia was one of the places I felt I could stay forever, on the 16th day it was time to go home. Considering the size of the country, there were many more places to explore, like Ayers Rock in central Australia, Perth on the far west coast, Port Arthur (Tasmania), the ski slopes of Thredbo or Perisher and Kangaroo Island (South Australia).

In any case, I highly recommend Australia to fellow solo travelers since I found:

1. It was one of the friendliest and easiest places I have visited.

2. The cost even at the high-end was moderate (as long as you don’t shop for Australian Opals).

3. It was in general a safe destination for solo travelers.

4. There were ample opportunities for exploration/adventure or just plain relaxing.

5. The time required to get there was not a reason to stay home. Just think of all the movies you can catch up on in-flight!

If you haven’t been yet, do add it to your bucket list!