I had a solo trip scheduled for Romania in the middle of March 2020. I had contacted friends, booked my hotels, planned my itinerary in Bucharest, Brasov, and Cluj-Napoca. It didn’t push through, and to say that I was disappointed is a huge understatement. Thankfully, Ingrid Kirita, the travel blogger behind Ingrid Zen Moments, is from Bucharest and volunteered to write this guest post for my Solo Travel City Guide series.

Bucharest is maybe one of the most underrated European capitals. With a tumultuous history, the city has managed to get past many of its obstacles and has become a lively and fun place to be these days.

The city has grown so much in the past three decades. It’s not perfect, and there are things that could be improved, of course, but any traveler should see Bucharest at least once. It has a different vibe to it that you won’t find in Paris, London, or Rome.

So let’s discover Bucharest through this solo travel guide.

No matter where you are coming from, you’ll be landing on Otopeni Airport. It is the only airport in Bucharest, located just outside of town. From there, getting to the city shouldn’t be hard. You will have two options to consider.

By public transportation – The 780 line will take you to the Central station, while lines 784 and 783 will take you to the center (Piata Unirii and in between). The price of a one-way ticket is 3.5 lei (less than 1 euro), while a two-way magnetic card is 7 lei (1.45 euros). It is worth knowing that during the night, the buses travel at a 40-minute interval.

By taxi – In the past, it was a bit tricky to get a taxi from the airport without being scammed. However, in the recent years, they have implemented a good system and all you need to do is exit the arrivals and you will find machines from where you can order taxis on both sides of the gates.

Take a ticket and go outside and hop into the taxi. The price for one kilometer is listed on the machine when you order it, and prices start from 1.39 lei/km and can go up to 3 lei/km for the airport ones.

Where to Stay in Bucharest

That’s mainly because it will be easy to get around town, get to see some of the best places in town, and eat at some of the most delicious local traditional restaurants in Bucharest.

Prices in Bucharest are much lower than in many other European capitals, thus you’ll find lots of affordable accommodations in town.

Podstel Bucharest has been chosen as one of the best hostels in town and is located in a beautiful garden with one of my favorite tea houses (ceainaria 5). It is located 10 minutes away on foot from Unirii Square – where the magic happens in Bucharest.

Omega House has a great coffee place and a library with over 3000 books from where you can choose a book to enjoy with a cup of coffee. It is minutes away from Cismigiu Gardens or Revolutiei Square, precisely in the heart of town.

Of course, Bucharest offers all kinds of other accommodation options no matter the budget you want to allocate, but I would either way always choose to stay in the center or in the northern part of the city.

Solo Travel in Romania Guide – What to Do in Bucharest

Bucharest is a mix of gray and green, with some pretty nice parks and wide boulevards filled with trees and flowers, but also some of the most iconic communist buildings you’ll see.

If you are passionate about history or simply want to understand a bit about the communist era in Romania, visit the People’s Palace. The second largest administrative building in the world, many people have suffered or died for it to be built as an obsession of Nicolae Ceausescu.

Go on a communism tour or simply book a visit the Ceausescu House in Primaverii area. You’ll understand why the Romanian people have killed the dictator heartlessly on Christmas day in 1989.

On a happier note, you won’t want to miss a stroll in Herastrau Park, the largest park in town. Stop for a drink at one of the bars by the lake, rent a boat, or go to the Village Museum and see some local traditional houses from different parts of Romania.

Climb on the Triumphal Arch and walk the Kiseleff Avenue towards Victoriei Square, especially on a spring day.

Party till dawn in the Old Town – the most vibrant and party-friendly area in the city. You’ll find plenty of bars and clubs lined up, and you’ll see the prices for alcohol in Romania are super cheap as compared to any other country in Europe. That’s why Bucharest has become a top party destination in the last years.

Maybe the most popular day trips from Bucharest is the one that will take you to see two castles in a day: Peles Castle and Bran Castle (also known as Dracula’s Castle).

There also plenty of other things to see along the way, and going on a Romania road trip would always be a good idea when you have the time to spare.

If not, going to Sinaia by train and taking the cable car would be a great way to experience nature. Stop for a coffee at the Café Regal next to the Peles Castle, and eat some hearty traditional Romanian food at Snow Restaurant.

Unlike what many might think, Romania, in general, is a pretty safe country. Of course, there might be the risk of petty crime especially in a city like Bucharest and especially when using public transport such as buses or trams. But if you use common sense and pay attention to your belongings when traveling by public transportation, you will be fine.

Note: Taxi drivers might want to overcharge when you grab a taxi from the street. A great way to avoid this issue is to use a taxi app (such as Meridian taxi or Clever) to order your ride, or go for the safer versions of Uber or Bolt.

Apart from that, when you use common sense you won’t have any problem. Romanians are very friendly and most of the youngsters speak really good English, thus they will be open to help you if you ever need directions.

Have you ever been to Bucharest? What travel tip can you add?

Featured photo by Dobre Cezar (CC BY-SA 3.0 ro). All other photos courtesy of the author. 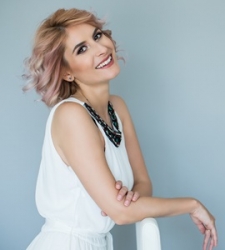 Ingrid is a travel blogger and book lover on the constant search of places and experiences that bring joy to life. She is originally from Romania, currently living the expat life in Hong Kong, with Italy in her heart. You can follow her stories on IngridZenMoments or on her Instagram.