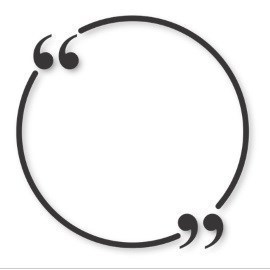 “Tourism is one of the most lightly regulated industries on earth.”

Quote from Justin Francis, co-founder and CEO of Responsible Travel, in an In The Big Chair interview on PhocusWire this week.

Justin Francis will probably hit a nerve in his call for regulation in the tourism sector. But he’s right.

The world of aviation, in stark contrast to his comments about an apparent light touch when it comes to the oversight of tourism, is one of the most tightly regulated elements in public life.

This occurs due to a string of factors, such as having a number of global entities that control the use of aircraft, air space and the passage of people.

Safety and security are, of course, the paramount issues of concern in this regard.

Ground transportation probably comes next in the list of regulated sectors (rental cars, others vehicles, trains, buses, etc. – again, elements that cover the passage of people) – but then things tail off significantly.

The area of safety, by and large, also includes the operational part of taking a cruise.

But then it gets murky. Accommodation, at least on the hotel side and increasingly on the private side, is covered by a mish-mash of local laws and guidelines.

The same could be said for activities, which is still a bit of a Wild West when it comes to regulation and consistency around safety.

And, lastly, destinations are at the sharp end of trying to ensure they meet the forecasts of their economic reliance on tourism and protecting their attractiveness as a great place to visit.

It is perhaps a far too Utopian point of view to suggest that regulation in travel, tourism and hospitality needs to expand massively to meet the biggest challenge the industry will ever face.

We are now at the point where leaders in every corner of the sector need to collectively think about the future of their businesses – and their ability to serve their customers and maintain the fabric of the industry – from the perspective of sustainability.

There are some signs of this happening via the Travelyst initiative (although its patron Prince Harry might have other things on his mind now), but so much more needs to be done.

It wouldn’t be unfair to say that if the industry put as much effort into regulating for sustainability as it did for security and safety, then it would at least be going some way to tackling many of the areas where it currently falls short.