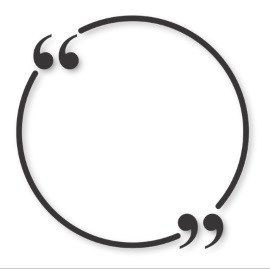 Quote from Alex Bainbridge, CEO and chief technology officer at Autoura, in an article on PhocusWire this week on how an entrepreneur views Expedia Group changes.

Everyone is chasing startups – well the good ones, with strong management and momentum, at least.

The past couple of years have seen significant funding available for good startups with solid teams who often now have a choice in where to go for investment.

There are stories out there of startups that have managed to get their businesses to a certain stage of growth and had several venture capital firms approaching them.

Then there’s corporate funding, with the industry seeing the creation of a significant number of accelerators from the likes of JetBlue and Marriott, alongside the now-defunct Travelport incubator.

What all of these established travel brands have in common when it comes to nurturing new businesses is the idea of bringing innovation into their own organizations.

When Travelport Labs was running its program back in 2016, the company said that part of the strategy was to get existing employees to think like entrepreneurs.

Similarly, a year later, when Marriott TestBed was on its second influx of startups, those leading the program were clear that innovation needed to be brought in from the outside.

Around the same the time, Guy Kedar, head of innovation at marketing service MEC and leading an industry event’s startup judging panel, commented: “We can only do so much by doing closed innovation.”

And it’s not just about the startups or their ideas. How often have we heard about acqui-hires in startup land?

When a Booking Holdings or similar comes knocking, they’re looking at the company and its metrics but the management team being a good fit is said to be just as key.

Alex Bainbridge, in his vision for Expedia Group’s turnaround, recalls Todd Henrich of Booking Holdings and a presentation about looking for entrepreneurs.

Phocuswire (or Tnooz, at the time) reported on that same session and Henrich went on to discuss Booking’s acquisition of FareHarbor.

He said that 99.9% of the time it is about the management team, highlighting how the FareHarbor team were prepared to up sticks and move to Amsterdam.

Henrich also touched on the travel giant’s strategy, noting that while companies can build in-house, they may not have the necessary expertise, so it takes a lot of time and money compared to an acquisition that is “strong in tech and has the momentum.”

None of this means that Expedia Group’s strategy to get more from its own platform was wrong (and, let’s not forget that Hotels.com and Expedia Affiliate Network did run the Hotel Jumpstart accelerator).

But perhaps the wider in-house focus, was not just, as Bainbridge says, self-reinforcing in terms of startups developing to “fit” with an acquirer, but also self-perpetuating because it’s harder to be critical of your own work.

By welcoming innovation from the outside, companies not only get a different way of thinking but often an important non-travel perspective that questions why things have always been done that way.