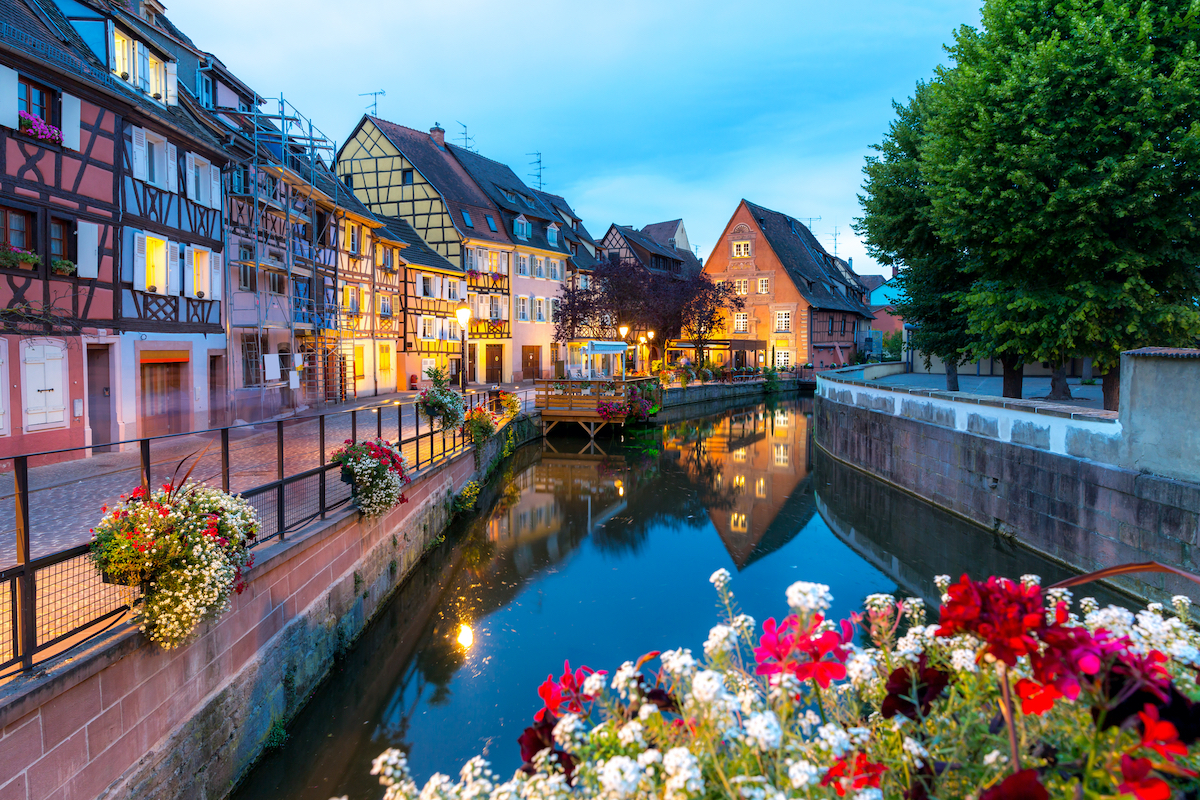 
Most Underrated Tourist Destinations to Visit in France

France is situated in Western Europe. Famous for its fashion houses, classical art museums including the Louvre, and monuments like the Eiffel Tower in Paris. France offers some of the world’s most iconic landmarks, sensational food, famous art and architecture, impressive beaches, glitzy ski resorts, beautiful countryside, and a staggering amount of history.

There’s a lot more to explore other than these famous tourist attractions. Let’s explore the alluring and picturesque country of France. Here are the 12 most underrated places to visit in France:

Try the pilgrimage dedicated to the Virgin Mary, one of the most popular in medieval Western Christianity. Notre-Dame de Chartres Cathedral, situated in the Centre-Val-de-Loire region, is one of the most genuine and complete religious architecture works of the early 13th century.

Old Chartres, like the banks of the Eure River, is enchanting to most travelers. You can also witness the wonderful exterior of romanesque sculpted portals, towers, and flying buttresses.

2. Be Amazed in some historic places in Arles

It is located in Provence, which is located in Southwestern France. Be amazed by the works of art at the city’s museum. It offers unlimited delights for history lovers as well as nature lovers away from the crowds. You can also visit and discover the monastery where Vincent van Gogh’s Bedroom in Arles can be found.

He is a famous painter for his expressive and emotive use of vivid color and brisk application of impastoed paint. Completing many masterpieces of scenes. You could also drawback into the mythic Camargue, a land of wild horses, fighting bulls, as well as widescreen lagoons and salt-pans sweeping out to the Mediterranean.

3. Tour the city of Toulouse

It’s a colorful city, with its front pink brick, its emblematic flower the violet, and the pastel’s blue. Situated in the South-West center, between the Mediterranean Sea and the Atlantic Ocean, the “Ville Rose” vigorously combines heritage and art de Vivre.

The little tourist train or a boat trip and tour visit from the River Garonne to the Canal du Midi, from Saint-Sernin to the Cité de l’Espace, will be the ideal moment in this place.

It is a well-preserved old town. Colmar has many architectural landmarks and museums, like the Unterlinden Museum, where the Isenheim Altarpiece was found. It is the capital of Alsatian wine. It is worth seeing. Colmar is worth a visit. The city offers visitors a wonderful insight into 1,000 years of European history through its distinct heritage.

It is like visiting à large movie set with beautiful canals, hundreds of century-old half-timbered houses, and a vigorous pedestrian town center. The city has a magnificent selection of quality restaurants and shops selling high-quality local products.

5. The amazing cliffs of Etretat

Etretat has a picturesque scenery of cliffs that attracted many Impressionist painters. There’s a Golf course on one cliff and landscaped gardens on the other, both of which afford extraordinary cliffs and town views.

6. Take your quest in Nimes

Nimes is the prefecture of the Gard department in the Occitanie region of Southern France. The first Roman road built in Gaul, Ancient Nemausus, was a city on the Via Domitia.

Also, see The Maison Carrée. It is one of the best-preserved Roman temples to survive in the former Roman Empire territory, and the notable amphitheater is still used as an arena for festivals.

Strasbourg has a rare architectural heritage, and it is the official seat of the European Parliament. Located at the border with Germany in the historic region of Alsace.

8. Discover Troyes, The land of a thousand colors

Troyes’ past, from its medieval healthcare to manual trades, reflect in one of Europe’s finest cathedrals and pass hours milling around old mansions. It is a restoration city in the south of Champagne, with streets of multicolored half-timbered houses from the 1500s.

Right after a fire in 1524 when nearly all the city had to be rebuilt, most of these patchworks of colors houses so there’s a level of harmony that you can’t find anywhere else. It is one of France’s gems yet still under the radar. It’s an unspoiled medieval town with old streets of restored half-timbered houses.

9. Take a stroll in Provins

It is the former capital of the Counts of Champagne and medieval fair town. Today a UNESCO World Heritage Site has still remained intact since the Middle Ages. Travelers can take a stroll around the magnificent fortified surrounding walls, applaud the many gateways and towers going through the Saint-Jean doorway into the charming medieval old town itself.

Beautiful monuments such as Caesar’s Tower, Saint-Quiriace Collegiate Church, the Tithe Barn, Romanesque House, Holy Spirit Cellar, and the Old Hospital are some of the monuments you can see here. During the weekend, historical re-enactments and various other entertainment recreate the atmosphere of the Champagne fairs of the old world.

10. Indulge the best-kept secret of Dijon

In the wine region of Burgundy, you will find Dijon. It is a city in the eastern part of France. The capital of the Dukes of Burgundy and has today an important historical heritage with wonderful places to visit such as the popular Palace of the Dukes (Ducal Palace) and its museum of arts (musée des Beaux-Arts).

The capital of the extensive Burgundy region was ruled by dukes who made the city the heart of arts and architecture about five centuries ago.

11. Experience the modern culture in Avignon

The world’s largest Gothic edifice, ‘Le Palais des Papes,’ or the palace of popes can be found in Avignon. Once the residence of the Popes in the Middle Ages is still a vital destination today.

Travelers can see the Palais des Papes, the notable Pont d’Avignon, the ramparts, churches, and chapels, all unique to the city. The European city of culture in 2000 has a prestigious contemporary theatre festival. Avignon has a taste for the avant-garde.

12. Tour the charming town of Honfleur

Honfleur is a charming town located in Normandy. You love the ocean and medieval architecture. The town was fortified and did not cease to grow with maritime trade expansion to be protected from enemy invasions.

Many activities can be enjoyed all year round. You must also visit Deauville, which is one of those exceptional seaside resorts. Between June and August is the peak time to visit this place.

Try to learn when to greet with a kiss or with a handshake, some basic French words and phrases, how to dress up, discover the iconic Eiffel Tower, and know the basic French dining etiquette.

Avoid underestimating French words, never wave rashly at a waiter to get their attention, try not to speak louder than everyone else, particularly at night, and don’t expect a big savory breakfast. Stay safe, travelers!

To help you plan out your visit to France, we listed places to visit and other amazing activities in France. We also listed some of the best travel deals and tour packages and excellent flight deals and accommodation.

Searching for the best hotels, resorts, and affordable flights in the nearby Cities? Check out our list of affordable France hotels and resorts via Agoda, Booking, or you may also see available Airbnb properties in the city.