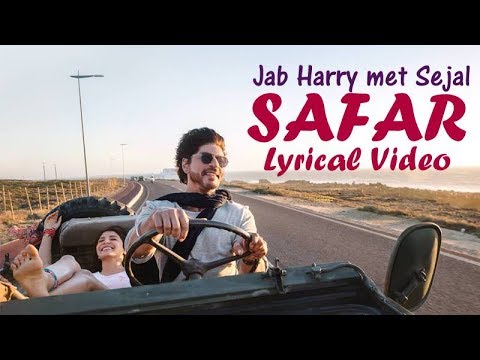 Traveling is a very significant part of life as it is the best way to get out of a very busy schedule. It is also to experience life in different ways. Traveling is actually a good medicine for stress, anxiety, and depression. It also improves mental and physical health.


Music’s purpose is to express and modulate emotion. It feels comfortable in mind and enjoys your destination while enjoying your moment.


Let’s play a traveling playlist with Pahadi Travelers and enjoy your destination You have your backpack, you have your maps but have you fallen short of good Travel Songs?


Let me know your favorite Travel songs in the comments

The song “Safar” is from the soundtrack album “Jab Harry Met Sejal“. Arijit Singh and Pritam have sung the song “Safar”. He sings idhar ka hi hoon na, udhar ka raha; Safar ka hi tha main, safar ka raha (I belong here and I don’t belong there belonged to the journey and will belong there )

The song “Ilahi” in this a person has discovering new places and meeting new people and its also a traveling photojournalist. But he is all about his backpack on the shoulder and explores your traveling journey

The passion, ardent desire, or love for travel Urdu for travelogue, literally translated it means a story of a journey.

This song is really hearted touchable because this lyric very clean and related to travel songs and your journey is more inspiring with this song.


Watch Dev Anand driving through the empty roads of Delhi back in 1957. and ending his journey in Agra. Has to be one of the oldest road trips on celluloid!


It tells you to set your mind free, do not overthink, and pressurize your mind you just feel the road trip song  If you have a passion just follow your destination, with your pursuit it with full care and attention, you will succeed.

Perhaps the best song from one of India’s finest films in (1965), this immortal creation addresses a Musafir (traveler) and asks him about his futile journey amid questions around the hollowness of human life.

he film Hum Dono (1961). As we know, Hum Dono was released in color last year by the late film legend Dev Anand, and newly entitled Hum Dono Rangeen.  this song talks about taking the journey of life the way it comes.

This song appeared in the 1972 movie Parichay. In this song, He goes on to talk about how a new road pops up when the old one ends; how the road took a turn when he decided to change direction; how the morning held him down for a chat, and how the evening lured him for another rendezvous. This song has gone to new vibes during traveling on a road.

This song appeared in the 1951 movie Awara hoon. In this song feel breaking all boundaries and language barriers Awara in Hindi translates to someone who roams around without any goal or aim.