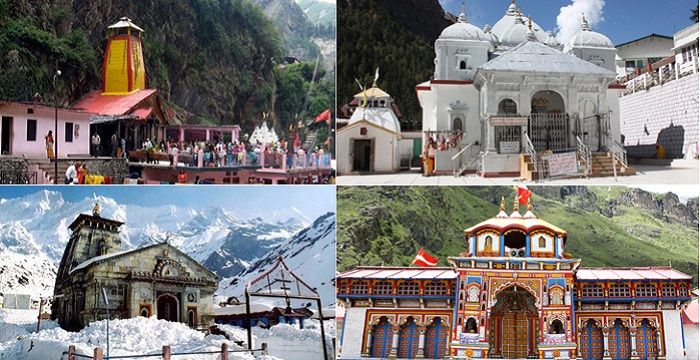 
India is a place where most of the people follow the spiritual path in their daily life. In India, people start their day by reciting some prayers and pay their gratitude. There are many temples in India that are not only famous amongst the people of India but are also famous globally.

According to the Mythology, The Char Dham was founded by Adi Shankaracharya around 1200 years ago. Here is some brief information about the Char Dham of India:

Badrinath is located in the north Indian state of Uttarakhand. The main deity of this pilgrimage site is Lord Vishnu. The people worshipped Lord Vishnu in his form of Badrinarayan.

Rameshwaram temple is located in the Gulf of Mannar. This place is located in Tamil Nadu in South India. According to Mythology, Rameshwaram is the place where Ram Setu has been constructed by Lord Rama to reach Sri Lanka.

Ramanathaswamy temple is dedicated to Lord Shiva. Here Lord Shiva is worshipped as a shivling. This shiv linga is one of the 12 jyotirlingas of India.

Shri Jagannath Temple of Puri is the most important Hindu temple in India and is considered to be one of the four holiest pilgrimage sites of India. This holy divine temple is located in the city of Puri, the state of Odisha. Lord Jagannath, Goddess Subhadra (Sister of Lord Krishna), and Lord Balabhadra (Elder brother of Lord Krishna) are the main godheads here. This is the only temple where Goddess Subhadra worshipped along with his brothers – Lord Jagannath (Lord Krishna) and Lord Balabhadra.

There are numerous astonishing facts about this temple which makes it the most attractive place in the world. The Flag of the temple waves in the opposite direction of the wind; there is no shadow of the temple. The people of Puri wait throughout the year for the Rath Yatra which is considered to be the main festival of Puri.

The city – Dwarka is the hometown of Lord Krishna. This city is presently located in Gujarat. Dwarkadhish temple is the main temple of this holy pilgrimage site. The other name of this temple is Jagat Mandir.

Last year I visited the holy pilgrimage – Badrinath. My experience with this holy pilgrimage is unforgettable as the environment was so calm and peaceful. The devotees of Lord Krishna chant the holy name of the lord.