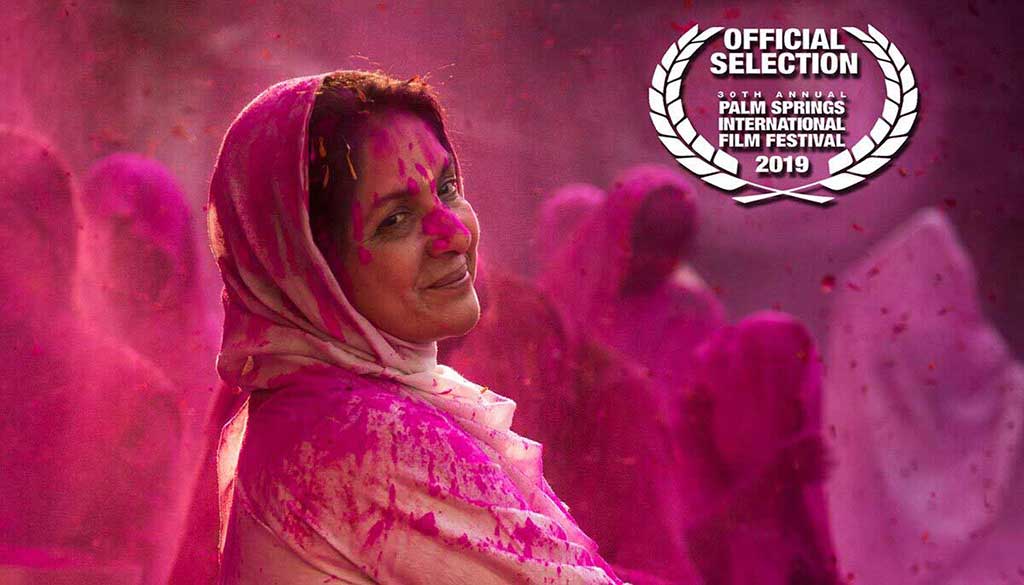 
Chef Vikas Khanna’s directorial debut The Last Color is the story of bonding between an elderly widow Noor (Neena Gupta) and an orphan girl Chhoti (Aqsa Siddiqui). Set on the ghaats of Banaras (embankments in Varanasi), the friendship between the little girl and the widow blossoms through their daily conversations. While they talk to each other, the audience gets to know more and more about their lives.

Noor is a widow from Kolkata who spends her life in a “Vidwa Ashram” or “Widows’ Home” in Varanasi. Widows, as per an archaic conservative practice, are expected to wear white clothes, shun ornaments and stay away from any colour. They are not welcome to participate in festivals, especially, Holi, the festival of colour. Noor feels left out. Chhoti is a tight rope walker, who, with her only friend Chintu, is trying to earn Rs 300 to pay her school fee and resume her education. Chhoti feels sad for her elderly friend and the story is based on these sentiments. The plot progresses with a couple of other characters like Anarkali the good-at-heart eunuch and Raja the corrupt cop.

The film has its heart in the right place but the execution is rather juvenile. The biggest drawback with The Last Color is that it has only two colours, black and white. The characters are either really good or terribly bad. Director Vikas Khanna completely misses out on the colour grey. But it is the grey in people that makes them interesting.

The good side of bad people and the bad side of good people are what make them people, real people. We really miss that in The Last Color.

The other problem with the film is poor performance, almost like a bunch of amateur artists trying to tell a story with their very limited acting skills. The child artist Aqsa playing Chhoti could have done better. Rudrani playing the eunuch Anarkali really needed a lot of rehearsal. Only Neena Gupta assayed her role with conviction. With so many weak performances around her, she shone even brighter.

Not to say, the film is all bad. Based on Khanna’s book with the same name, the plus points of The Last Color is its short duration and not really diverting from the story. Given the crispness, despite poor performances, you don’t mind watching the whole film. Another positive is no histrionics whatsoever from any character. The film is easy to watch, no long heavy dialogues or lectures on the pity lives of widows or even orphans. Big thanks for that. The climax of the film is also conclusive and finishes off this simple story on a positive note. It doesn’t leave the audience with a feeling of incompletion.

Michelin Star Chef Vikas Khanna’s The Last Color definitely lacks finesse and flavour that his food is known for. But for a first time effort, the film is alright and can be watched once.

The Last Color is available on Amazon Prime Video.