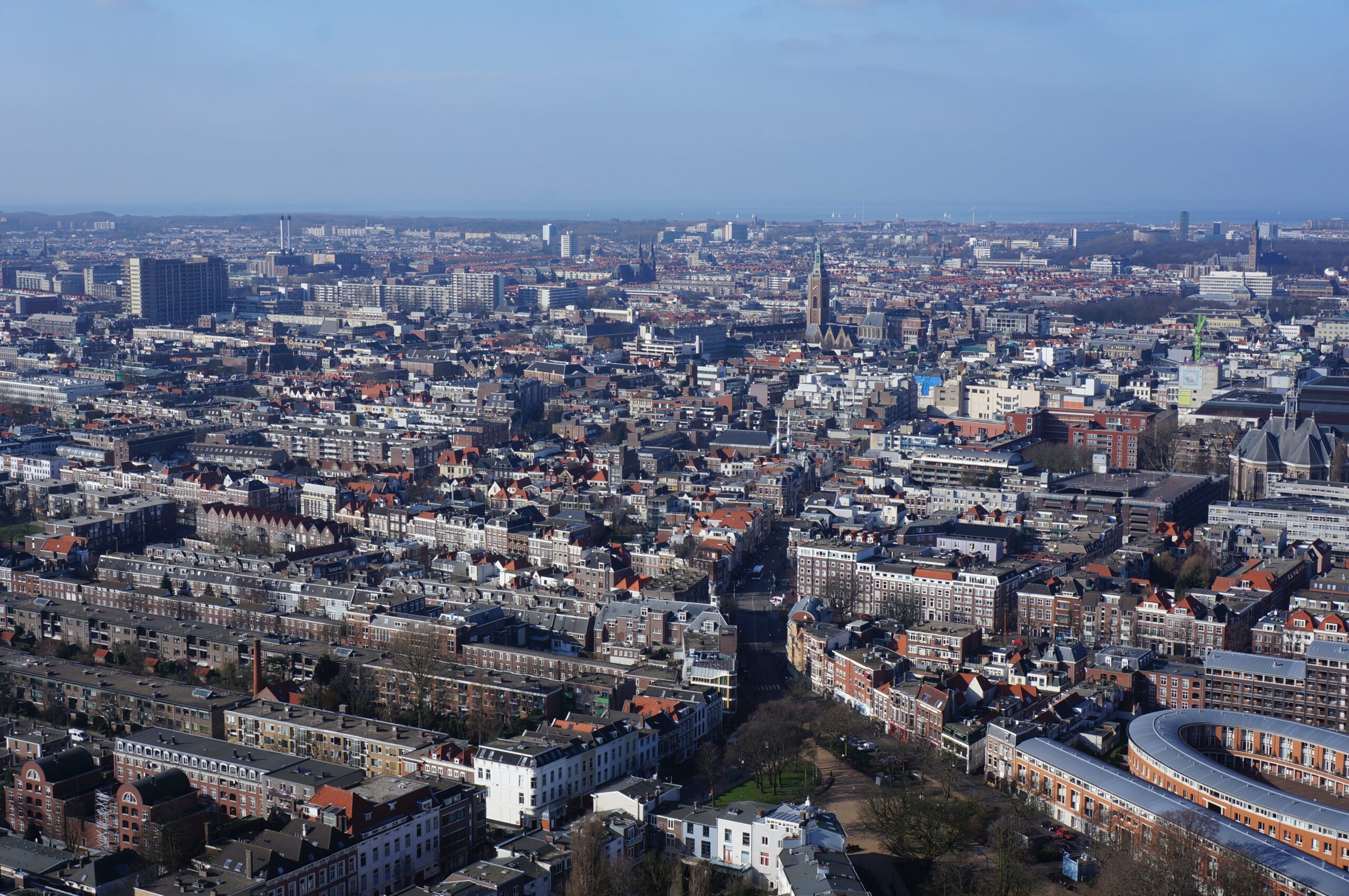 
13 Jan The Most Amazing Things To Do In The Hague


The Hague, or Den Haag for the Dutch, is the third largest city in the Netherlands. This charming place, located close to the North Sea and to the seaside resort of Scheveningen, is the political heart of the country. There, the seat of the government can be found as well as many residences that the Royal Family uses regularly and the headquarters of several international organizations, including the International Court of Justice. With its pleasant wide streets, spacious and elegant squares, attractive residential areas and interesting artistic vibe, it’s definitely worth it to spend some days here if you’re travelling through the Netherlands and you want to see something else apart from Amsterdam.

The Netherlands may be small in size but it’s huge in cities to visit, experiences to enjoy, and things to discover. Renting a car and having a safe journey is one of the best ways to do so

The Hague is one of the most beautiful cities in Europe. Here are some of the most amazing things you can see and do here:

The Mauritshuis is an elegant and monumental residence built in the mid 1600s that is now home to one of the city’s most important museums as it contains many masterpieces from the Dutch Golden Age, including works from Hans Holbein the Young, Rubens, Rembrandt, Van Dijk and the highlight of the collection: Johannes Vermeer’s Girl with a Pearl Earring. Other paintings you’ll recognize are Rembrandt’s “ The Anatomy Lesson of Doctor Nicolaes Tulp” or “ Old Woman and Boy with Candles” by Rubens.

Renewed and enlarged in 2014, it now offers plenty of exhibition surface and an underground passage takes you from the old building to the newer one. The museum also offers a museum shop and a cafe where you can take a little rest after admiring so many interesting paintings.

The splendid list of artists whose works are displayed at this museum is formidable and it’s a must-see if you’re visiting The Hague not to mention its beautiful and lavish interiors.

No visit to The Hague is complete without exploring the Binnenhof. Located in the center of the oldest section of the city, the Binnenhof is an irregular group of buildings built around a large central courtyard. Originally from 1250, it was the home of the ruling aristocracy and it now houses both chambers of Parliament.

The exquisite Ridderzaal or Knights’ Hall and the North Wing are the most important buildings of the complex. The former is currently used for receptions and formal ceremonies and it’s accessible in guided tours while the latter is the official residence of the Prime Minister. Other highlights include the Rolzaal court house from 1511 and the Lairessezaal, the First Chamber and the Second Chamber.

This 13th century castle is absolutely impressive and is home to the top government offices in the Netherlands: both houses of Parliament, the Ministry of General Affairs and the office of the Prime Minister. It’s located next to the Hofvijver pond and it is the place from where the city of The Hague was born.

Take your time to enjoy this magnificent complex. It’s absolutely free and you’ll enjoy it a lot!

As already mentioned, Ridderzaal or The Knights’ Hall is a spectacular historic building and a highlight in this medieval building complex. It’s a large Gothic hall that stands out because of its stunning stained-glass windows depicting the coats of arms of Dutch towns as well as the spectacular Rose Window with the arms of the main noble families of the Netherlands. Admire the heavy timber roof structure with its long beams as they are breathtaking indeed! The Ridderzaal is the oldest part of the Binnenhof. It hosts ceremonial occasions, the most important being Prinsjesdag, an annual ceremony held on the third Tuesday in September when the monarch addresses the members of both Houses of Parliament from his or her throne.

Visit The Peace Palace or Vredespaleis

The Hague is known as the International City of Peace and Justice and nothing says this more than the iconic Peace Palace, which celebrated its 100th birthday in 2013. This imposing brick building built in a mix of Gothic and Neoclassical styles, is flanked on its long arcaded facade with its steeply pitched roof and 80-meter-high tower. Home to the International Court of Justice, the Academy of International Law, the Permanent Court of Arbitration and a library of international law, it boasts an interior richly decorated. Visitors can book any of the guided tours that are offered over the weekends that take them through this beautiful palace and superb gardens.

Its construction was sponsored by the American steel magnate Andrew Carnegie and the Carnegie Foundation.

Be a Child Again at Madurodam

If you’re visiting The Hague with kids then you can’t miss stopping by Madurodam, a truly unique attraction best known for its extensive miniatures depicting life in the Netherlands in 1:25 scale. Visitors are invited to explore the different areas and admire how perfectly they are crafted to detail. It’s even possible to peek in the windows of the Rijksmuseum and see tiny reproductions of the artwork hanging on the walls! Other fascinating little structures are Anne Frank’s House, the Peace Palace, St John’s Cathedral, Holland’s windmills or Schiphol Airport, Dam Square or the Port of Rotterdam.

Needless to say, Madurodam is highly popular with both young and old and it is one of the most visited attractions in The Hague! It’s totally interactive and children will love to manage the network of dams, dykes and storm surge barriers!

Admire the Most Impressive Collection of Escher Works

One of Escher’s most impressive collections is housed in the former Winter Palace of the Queen Mother Emma. It includes around 150 original prints and lithographs, which highlight his most famous works, known for their mind-bending twists on perception and perspective. Visitors can also see the wood blocks and lithograph stones that Escher used to create his prints. It’s a very interesting museum for adults and children alike, who are invited to participate in an interactive scavenger hunt or create their own optical illusions and tessellations.

Escher was a master at drawing optical illusions and amongst his masterpieces we can mention Air and Water, in which birds become fish, and Waterfall, with water flowing upwards. His drawings amuse every visitor. A floor with multimedia helps visitors gain a better understanding of his fantastic creation process!

Housed in a specially made rotunda, Panorama Mesdag is a gigantic circular painting that was painted by HW Mesdag and his wife, Sientje Mesdag-Van Houten along with other artists of the Hague School. The stunning scene depicts coastal Scheveningen as it was around 1880, with charming views of the sea, dunes and the beach. Designed to create the illusion of 3D, this spectacular circular painting is lit from above and thanks to its large sand dune and various real objects observers feel as if they are standing in the middle of a beautiful landscape. The building is also home to a collection of paintings by Mesdag and his wife.

Panorama Mesdag definitely takes the WOW factor to a new level. It’s the oldest panorama still on display in its original location! With faux-terrain surrounding the circular painting, it is easy to feel as if you’ve travelled back in time! Visitors are invited to stand on the observation deck in the middle of the attraction so that you can immerse in the painting and admire all its details. In fact, it’s quite a marvel!; even Vincent Van Gogh attended the Panorama opening in 1881!

The museum is very interesting too, especially as it explains in detail how this magnificent painting was created!

Huis ten Bosch Palace, in The Hague is the residence of King Willem-Alexander and his family and, unfortunately it’s not open to the public. However, you can see it from afar and even spot a member of the Royal Family if you walk through the Haagse Bos forest that surrounds it. Built in 1645, it is now one of the three official residences of the Dutch Royal Family. The palace consists of two suites of apartments on either side of a central hall, which houses a beautiful collection of paintings from the Dutch Golden Age. Visitors are invited to peek through the front and back gates and see the classical architecture and the octagonal cupola on the roof and the manicured gardens.

Noordeinde Palace is one of the several palaces in The Hague and it is used today as the Dutch Monarch’s working place. It’s located in the center of the city along the street Noordeinde. Although it’s not open to the public, visitors can take pictures from the street and roam the gardens for free. In fact, exploring the gardens is almost a must. With the romantic flower beds, fountains and hedgerows, they offer a great view of the Royal Stables where the Royal carriages are kept and of the palace itself.

Admire and Climb the Grote of Sint-Jacobskerk

Sint Jacokskerk, or Church of St James stands proud on the Torenstraat in the old town centre. It’s one of the oldest buildings in The Hague and it was built in the XV century. While the interior features some fine wooden carving including the pulpit and a set of colorful and detailed stained-glass windows that depict religious figures, the centerpiece of the exterior is the tall bell tower that features a detailed Carillion and a mechanical clock with 15 bells.

It’s the cathedral of the city and one of its major landmarks. Climbing up the tower gives visitors stunning panoramic views of The Hague!

Located in the modern residential area of Duinoord, the Gemeentemuseum Den Haag is an absolute must see. It displays a wide range of material related to the history of the city along with XIX and XX century art, applied and decorative art and an outstanding collection of traditional and electronic musical instruments. If you are into modern art, don’t miss the numerous works by Paul Klee and Piet Mondrian. In fact, it is home to the world’s largest collection of Mondrian’s works presented in a chronological way that allows you to appreciate how its style has evolved over time. The highlight is Victory Boogie Woogie, left unfinished and even with bits of masking tape still in place on the surface of the canvas.