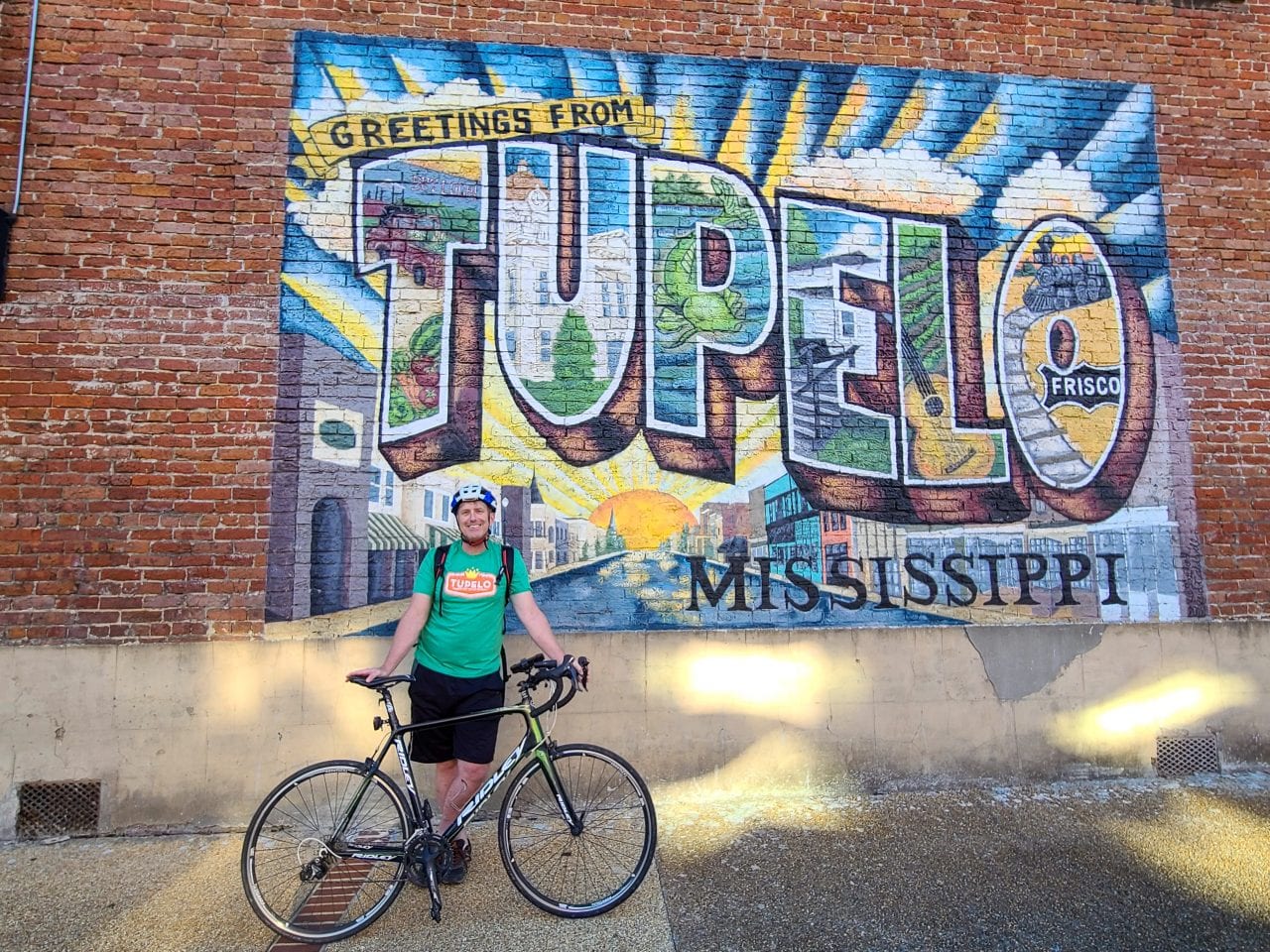 Ride Plans for the Tanglefoot Trail

There are many ways to slice and dice the Tanglefoot into smaller rides, but we’ll only focus on two – a 37-mile out-and-back from New Albany to Pontotoc or an 87.2-mile out-and-back starting from Houston and covering the entire trail.

If you’re only going to ride half the Tanglefoot, there are several reasons to start in New Albany. First off, New Albany is right off of I-22, which makes it the logistically easiest trailhead to reach. Also, it has you biking uphill to Pontotoc initially, so you know your car is waiting at the bottom of the gradual but noticeable hill.

The New Albany Trailhead is a park, but it doesn’t have parking. However, you can park further up Railroad Ave or at the County Library. There are plenty of yummy restaurants in New Albany and even a couple in Pontotoc, so you’ll have your choice of SAG stops. However, the map can be misleading in Pontotoc. We’re not fans of crossing or biking on Hwy 15, so that rules out some options. Also, there are several bridges on the trail in Pontotoc, so you might not be able to reach every street the trail crosses. Your best bet is to head into historic downtown Pontotoc from the Pontotoc Gateway.

If you’re riding the entire trail, it’s a bit of a coin flip if you start from Houston or New Albany. There are more fun lodging options in Houston, and the food is better in New Albany. Given that, it makes sense to overnight in Houston and start early in the morning to get to New Albany. There, you can grab a bite before returning. However, if you’re staying in Tupelo and driving in, you’re better off starting in New Albany. Another option, which is what we did, is to start from New Albany and have one group ride the trail one-way from New Albany to Houston and have another group flip halfway at Pontotoc and bring the shuttle car down to Houston.