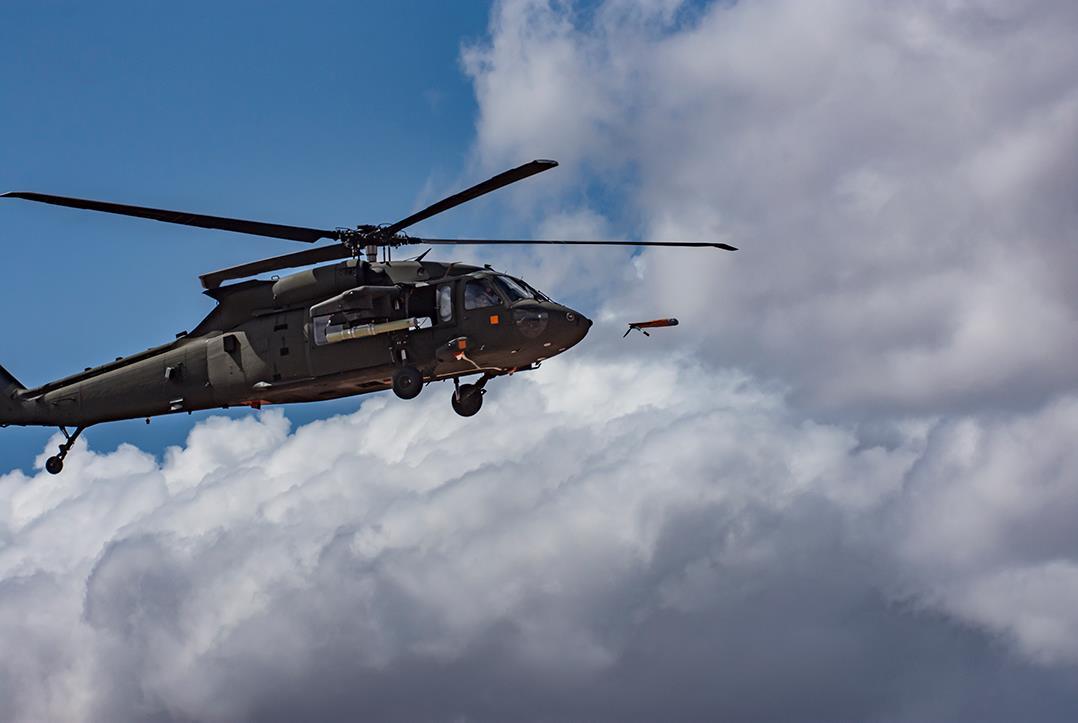 
The US Army has awarded 10 contracts worth $29.8 million for development of Air Launched Effects technologies, which include unmanned air vehicles (UAVs) that the service sees as working alongside its helicopters.

The projects are divided into three focus areas: air vehicle, mission systems and payloads. The aim of the projects is to eventually produce a new and more-advanced Air Launched Effect prototype, the service says on 24 August.

Air Launched Effects is a broad category of UAVs that would act as extensions of rotorcraft, performing missions involving reconnaissance, electronic warfare and loitering munition strikes.

The service sees Air Launched Effects as important tools for reaching into enemy territory while keeping rotorcraft beyond the range of adversaries’ anti-aircraft weapons. The US Army plans to use the drones from its Boeing AH-64 Apache attack helicopters and General Atomics Aeronautical Systems MQ-1C Gray Eagle UAVs, as well as its Future Attack Reconnaissance Aircraft.

The service awarded 10 contracts as part of its effort.