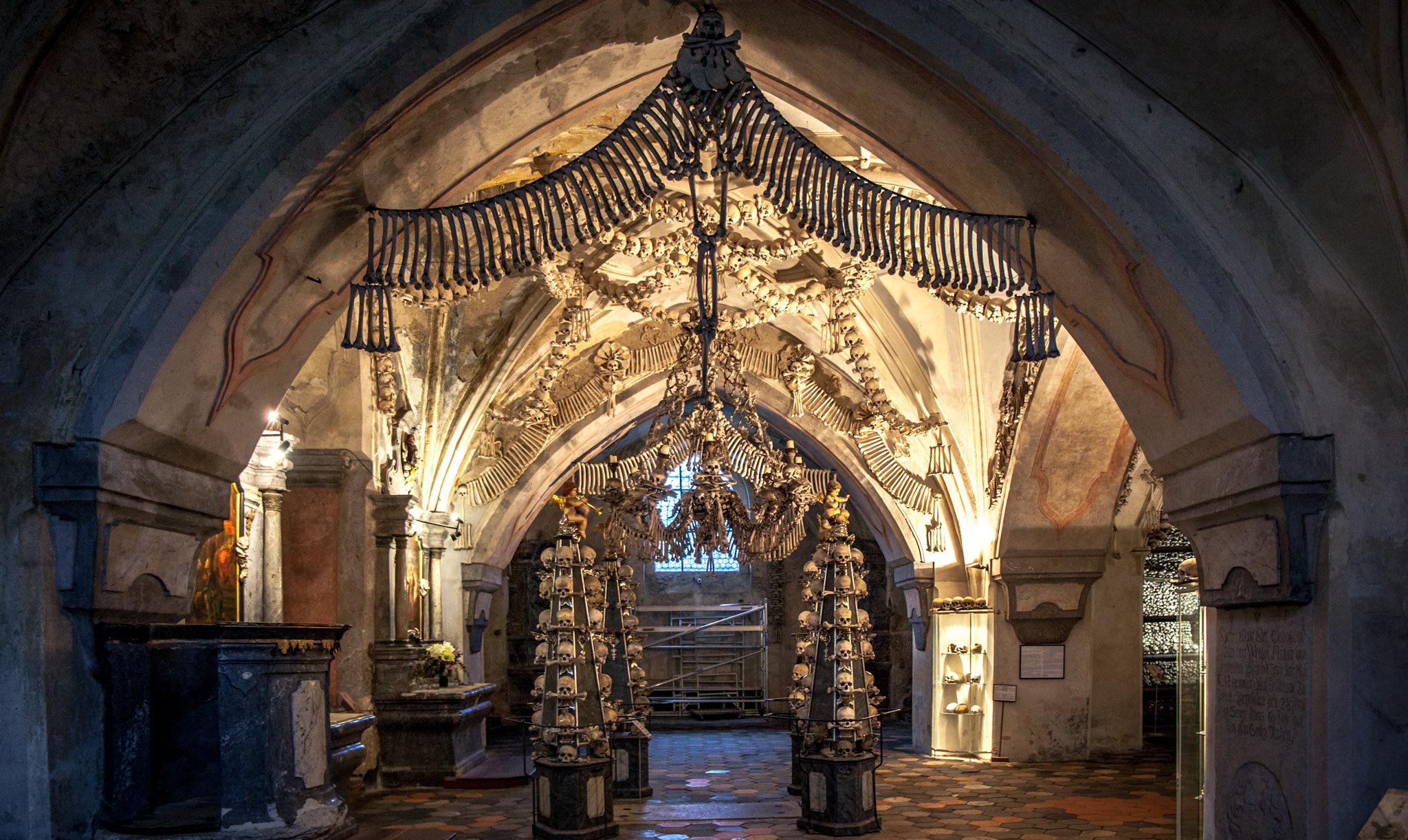 
What else to experience in Kutna Hora?

While perhaps Kutna Hora sounds like a haunted place of dramatic stories and creepy chapels, the city itself is actually very inviting.

Warm and welcoming Cafes serve up cappuccinos and local plum cakes, while greenery and trees spread out into Bohemia, while venture inside the old neighbourhoods will allow you to experience more of the city.

The Italian Courtyard, once the Royal Central Mint of Prague until a fire put an end to that, is home to a grand palace, and nowadays the town hall and a minting museum. Dating back to the 14th century, it was once a castle, complete with a moat, where the towns silver would be stored. You can enter the museum and the royal chapel to witness the history – the interior of the chapel particularly impressive.

Inside the Jesuit College, next to St Barbara’s, is now the Central Bohemia Gallery, housing a collection of 20th and 21st-century art. The Early Baroque architecture of the building another dimension to admire alongside the exposition, especially in the halls with the frescoes still exposed on the ceilings.

More than anything though, a day trip to Kutna Hora provides the chance for a change of pace. With the capital, one of the (deservedly) top city destinations in the world, the smaller regional cities and towns offer a chance to slow down, wander without crowds, and take into a more authentic look at the Czech Republic than you’ll likely find in the touristy beer-halls off Prague’s Old Town Square.

If you have an interest in unique architecture and bone-chilling stories, then Kutna Hora is the one for you – or perhaps you want a spa-town escape steeped in history, in that case, I invited you to read my guide to Karlovy Vary.

Continue planning your trip to the Czech Republic on https://www.visitczechrepublic.com/

While I visited Kutna Hora on my own budget and planning a couple of years ago, this article is produced as part of the #CzechIn2021 campaign, in partnership with the Czech Republic tourism board.