How to spend a weekend in Valladolid, Spain: things to do 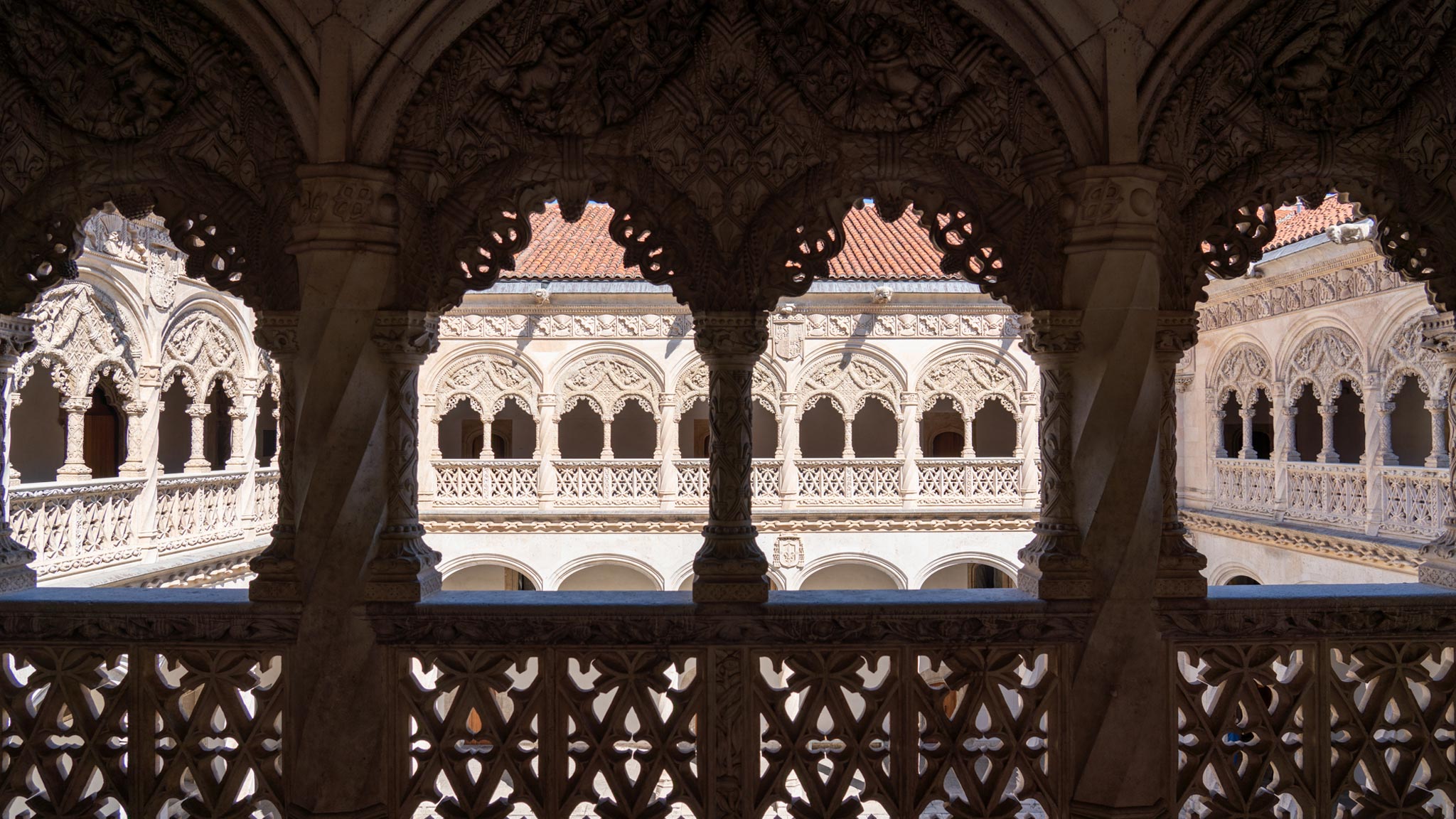 Home » Destinations » Europe » Spain » Renaissance architecture, sacred statues, and plenty of vino: how to spend a weekend in Valladolid, Spain

This website uses affiliate links which may earn a commission for purchases made at no additional cost to you.

Whizzing through the arid fields appearing like a golden mirage on the horizon, a weekend in Valladolid, Spain, was awaiting. Just a short one-hour journey from Madrid – courtesy of the country’s high-speed rail network – somehow, this storied spot had slipped my radar on previous trips.

While I’d spent time in some other cities in Castilla y León (Spain’s largest autonomous community), such as Salamanca and Segovia, this architectural-feast of sacred statues and grandiose renaissance architecture was new to me, and a weekend in Valladolid seemed the perfect amount of time to get a taster.

As it turns out, tasting is very much a part of life here, especially regarding vino. With five Designation of Origin (DOP) appellations – and twenty grape varieties – within Valladolid province, it’s a wine aficionado’s paradise. While the vines might be aged, the city’s energy remains relatively youthful, thanks to the large student population of one of Spain’s oldest universities.

Born from a 10th-century village, Valladolid’s importance started to really grow in the 15th century. Plenty of money followed, leading to the countless Renaissance-period buildings gracing the city. For a brief moment, between 1601-1606, it even became the de facto capital of Spain.

While the city might be most famed for its religious and sacred art or the vines on its peripherals, there’s plenty more to enjoy over a weekend visit to Valladolid, Spain. My suggestions below are based on a Friday arrival and Sunday departure and should work with the varied opening hours. Still, it’s always best to check closing times (and remember Spain’s afternoon siestas) in advance.

Day one: arriving in Valladolid, Spain

If you’re arriving in Valladolid on a Friday afternoon, take a brief orientation walk, admire some of the city’s wealth of architecture, and dive straight into fancy dining and wine pairings.

Arrival: Stroll through Campo Grande and by Academia de Caballería

From the train station, the shaded Campo Grande park provides a nice arrival walk to the historic centre. Passing peacocks roaming free and pretty fountains, you’ll exit the parking with a view of the imposing Academia de Caballería, the cavalry academy, and beyond, find the historic centre.

Day two: things to do in Valladolid, Spain

Day three: things to do in Valladolid, Spain

Prefer to head out of the city?

Where to stay in Valladolid, Spain

Valladolid has a varied choice of accommodation, here are a few suggestions right in the heart of the city,

Budget: Hostal Ramón y Cajal Valladolid isn’t the cheapest destination for accomodation, and the most affordable options are usually far from the centre. These basic rooms therfore are a reliable choice.

Mid-range: Hotel Boutique Gareus I spent my visit in this hotel and found it a good choice. The rooms were very spacious, good blackout curtains, mid-way between the main centre and the train station, and the public spaces were nicely decorated.

Luxury: AC Hotel Palacio If you don’t mind being a little out of the centre, this incredible 5* hotel in a converted 18th-century monastery provides a rather grand and tranquil retreat.

When to visit Valladolid, Spain

Summer is a very hot and dry time to visit Valladolid, Spain, although the evenings can still be quite chilly. The average daily temperatures of 30°C in summer seem okay, but they can often peak much higher.

Personally, I’d suggest heading here in Spring or Autumn when the weather isn’t as intense. In October, the wine harvest takes place, so this could be the best time to visit Valladolid if you want to be a part of these events in the vineyards.

How to get to and around Valladolid, Spain

Exploring the city centre is easily done on foot, although if you plan to cross the river and head further afield, you might want to use the city bus network. Some public buses leave the city to small villages near some vineyards, but always check the weekend schedules as services can be reduced or non-existent, compared to the weekday routes.

Travelling to Valladolid by train

If you’re coming from elsewhere in Spain, then using the train service is likely the best connection, with buses being a decent alternative. From Madrid, the journey by train takes around 90 minutes on Renfe’s Avila service (high-speed rail), while from nearby León, you can reach Valladolid in less than an hour.  Tickets can be booked on the Renfe website (usually cheapest), or on popular apps like Omio.

Read more: A guide to travelling in Spain by train

Travelling to Valladolid by plane

The nearest airport to Valladolid is Valladolid Airport. However, it is mainly used for domestic flights. If you choose to fly, then opt to arrive in Madrid, and from the airport, it’s about 90 minutes by train connection to the city.

Travelling to Valladolid flight free from the UK

If you want to visit Valladolid from the UK without flying, you have two options.

The first is to take the Eurostar from London, and from there, the train to Hendaye, followed by another train from San Sebastian. Alternatively, you can take a two-bus connection from London via Bilbao (likely slightly cheaper).

An alternative is to take the ferry from the UK, operated by Brittany Ferries, either to depart Portsmouth or Plymouth (though some sailings are only in summer) and arrive in Santander or Bilbao. Both journeys involve two nights aboard the ship. From either arrival point, you can continue by car if driving or take an approximately 3-hour train journey to Valladolid.

Where to travel after Valladolid

From Valladolid, it’s easy to continue your journey by train to explore the other cities of Castile and León, such as León or Salamanca. Beyond, plenty more of Spain’s hidden gems await.

This article was written as part of my #SpainByTrain trip in autumn 2022 in partnership with Spain Tourism and Castilla y León Tourism.

Most Unique Beaches in the World

Top 12 Free Things to do in Dubai