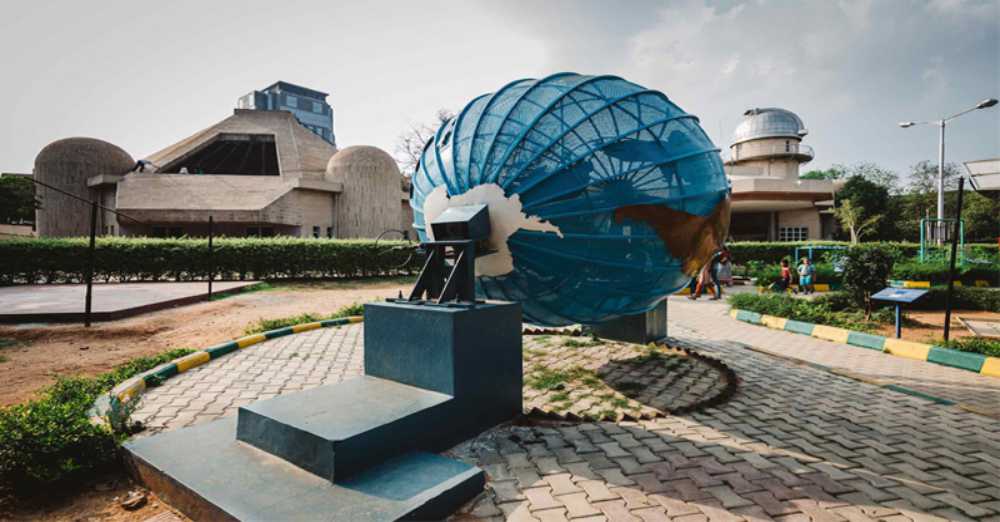 Things You Need to know

Nehru planetarium is one of the top most five planetariums in India. It is located in the green surrounding of Teen Murthi House. The planetarium was built in the loving memory of India First Prime Minister Jawaharlal Nehru it is a tribute to him.

The facts that the planetarium was built, was to develop the children about the method of science and become more responsible. Nehru wants every opportunity is to be given to children to learn something New and Interesting.

The Jawaharlal Nehru memorial fund was established to promote his ideas, and later it undertook the construction of the Nehru planetarium with the primary goal of promoting astronomy education. Nehru’s memorial has been added to Nehru memorial museum and Library.

The planetarium has been revolutionizing constantly and making a new feature for the visitors. The Planetarium strength depends in its programs and live interactions for its visitors, students and amateur Astronomers.

The planetarium is always lively for school, college and other astronomer. The planetarium infrastructure and projection equipment were recently refurbished, with the National Council of Science Museums, Kolkata, taking on the project as a turnkey project.

How Can You Reach the Planetarium?

The show timing given below: –

Nearby places you can visit after Nehru Planetarium

In this we learn about how much this is means to all of us, without it we can’t be able to learn from textbooks about stars and other worlds, this planetarium shows us the different world that is exist above there.

Why Nehru planetarium was build?

It was built to enhance the education in astronomy between students and peoples.

How much time we needed to explore Nehru Planetarium?

The time would be needed One and half hour to two Hours, to explore whole museum, but you can take extra time if you want to go in depth.

Which seat is best when watching the show?

All the seats are best when you are watching the show, every seat has its own view, but if you ask for a personal favorite it would middle row with middle seat.

Best Shopping Places in Shimla I Famous for shopping in Shimla

Places to Visit in Chandigarh for Couples