The best time to go to Mexico City 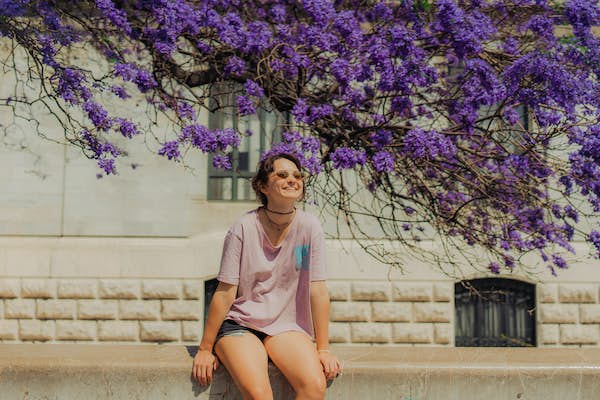 Its always-temperate weather, extensive and affordable hotel and dining scene, and breadth of culture make it ideal for nearly every kind of traveler.

As one of the world’s largest cities, it can feel overwhelming, but it’s a city of neighborhoods, each with its own unique charm and character. The different areas play host to various celebrations throughout the year, and there’s always something going on.

Fall is when the biggest festivals take place, and summer is the quietest. In winter, you’ll see restaurants and stores close around the holidays, so think about that before you head out.

Squeeze every moment out of your next vacation with tips and tricks from Lonely Planet in our weekly newsletter delivered to your inbox.

March to May is the best time for sunseekers

The city’s most idyllic weather starts in the spring, with highs around 26°C (mid to high 70ºFs). Be sure to secure travel plans early, as this is one of the most popular times of year to visit (aside from the two-week Easter holiday, when locals flee to nearby beaches, leaving the capital unusually calm).

September to November is the best time to experience Mexican culture

Although the weather starts to chill around November, fall visits offer the opportunity to experience some of the city’s most popular events and cultural activities, like the Day of the Dead. While the weather might be chillier than in summer, it’s not enough to stay away. This really might be the perfect time to visit.

June to August and December to February might mean cheaper accommodations

The summer months are Mexico’s rainy season. The weather still hits highs around 26°C (79°F) during the day but breaks into downpours nearly every afternoon. Because it’s a slower season, some hotels offer discounted rates. Visitors during these months can breathe easy as the rain clears up some of Mexico’s notoriously bad air pollution.

Starting in December, the coolest and driest months of the year can also be a great time to find deals – and a quieter city that celebrates Christmas and New Year’s at home, making it a great time to visit museums and other tourist destinations.

You’ll need a jacket in January

One of the coldest months of the year still reaches highs of 20–22ºC (68–71ºF) during the day, but once the sun goes down, you’ll definitely need a jacket (note that most buildings in Mexico City do not have central heating). Bakeries sell Rosca de Reyes, a circular cake made for Three Kings’ Day, in varying sizes, some plain and some cream-filled. They’re made for sharing and are a welcome dessert addition to any dinner celebration you may find yourself invited to.

Some of the best people-watching is during this month, when local hipsters square off against international art collectors for the city’s two main art fairs (Zona Maco and the Material Art Fair).

Enjoy the spring blooms in March

The annual blossoming of the city’s purple jacaranda trees takes place between late February and March, signaling the onset of spring. Jacaranda peepers should start by strolling down the Paseo de Reforma, where both sides of the wide avenue burst into full color.

April can be a quiet time to visit

The holy week, or Semana Santa, goes from Palm Sunday through Easter Sunday. Mexico City is not a particularly religious place, but because Mexican schools have a two-week vacation – the week of Semana Santa and the following – many Mexican families head to the beach, leaving the city quiet and light on traffic. If you plan to travel into or out of the country around this time, make your flight or bus reservations early.

May is when Mexico City has its warmest weather

Not much is made of Cinco de Mayo, which celebrates the defeat of the French at the Battle of Puebla, but May is still a lovely time to visit, as the weather is at its warmest.

June marks the start of the rainy season

The rainy season begins in June, which typically means daily downpours in the late afternoon, a perfect time to hole up in a hotel or coffee shop for happy hour or a dulce de leche.

Look out for hotel discounts in July

Still-rainy weather means some hotels offer up low-season discounts. Explore some of the city’s amazing outdoor markets, and be sure to try some of the seasonal local fruits and vegetables (mangoes are particularly good in July!).

The city air is clearer in August

Clear skies following daily rainfalls make August a perfect time for cyclists, who can test their lungs with the city’s high elevation, particularly on Sundays when the capital’s main avenue, Reforma, is closed to cars.

Independence Day is celebrated in September

September’s mild but still-rainy weather means it’s best to get your walking done in the morning before a downpour. If you visit mid-month, you’ll catch a glimpse of true patriotism – pack your red, white and green face paint and practice your “Viva Mexico!” for Mexican Independence Day.

Stock up on sweet treats in October

Although Día de los Muertos takes place at the beginning of November, the season of celebration begins in October, with bakeries and sweet shops selling their takes on calaveras (sugar skulls) and pan de muerto, or bread of the dead, a sweet bread topped with a crossbones design. Ofrendas, altars to the dead, can be seen dotting street corners and storefronts.

November is about celebration and remembrance

November is one of the most festive times of the year, as the capital is overtaken by Day of the Dead celebrations. Teenagers and businesspeople alike sport skeletal facepaint, ofrendas feature elaborate offerings of food and spirits, and the city is bursting with bright orange marigolds. Halloween is a foreign holiday that Mexicans have recently begun to adopt, but the message is a bit muddled – children of low-income families can be found begging on the streets in costume.

December is packed with festive parties

Las posadas (Christmas parties) are a national pastime where people gather to break open piñatas, sing traditional songs, light candles and drink sweet ponche (a warm fruit punch). Many of the city’s restaurants and other establishments opt to give their employees a winter break from Christmas through New Year’s; both holidays are typically enjoyed with family. As a result, it’s a quieter, lower-traffic month and an excellent time to visit the city if you’re not concerned with hitting all the hot spots. Make sure to call ahead if there are particular restaurants you’re interested in visiting.